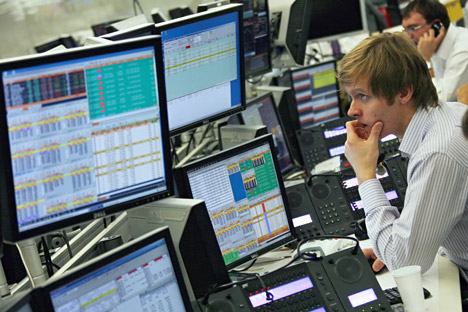 The development of alternative appraisers will be a long-term benefit not only for Russia but also for the world as a whole. Source: RIA Novosti / Ruslan Krivobok

According to the Russian authorities, the major rating agencies are influenced by the United States, and an alternative BRICS-based rating agency should be established.

Russia will propose the establishment of a single common credit rating agency that will compete with the Big Three – Standard & Poor's, Moody's and Fitch. That was the conclusion reached by participants of a meeting chaired by Russia’s First Deputy Prime Minister Igor Shuvalov. “First of all, the case in question is the involvement of our traditional partners, such as the BRICS nations and the Eurasian Economic Union. All the BRICS nations already have national rating structures, so it is primarily a matter of mutual recognition. Our foreign partners can help each other in terms of setting standards and oversight mechanisms, but most importantly in the mutual recognition of their ratings,” Konstantin Korishchenko, Head of the Department of Stock Markets and Financial Engineering at the Russian Academy of the National Economy and Public Administration under the President of the Russian Federation, who attended that government meeting, told RIR.

According to sources from the RBC-Daily newspaper, a new agency could be established based on a partnership between the Russian rating agency RusRating and the Chinese agency Dagong Global. Moreover, the US agency Egan-Jones Ratings, who have long dreamed of pushing back the Big Three, could help them. What is more, Dagong Global has already held talks with RusRating in Beijing at a meeting within the framework of the BRICS: the company has proposed to start negotiations to establish a new international credit rating agency to be based in the BRICS nations.

According to Mikhail Kuzmin, an analyst at Investcafé, Dagong Global is represented today mainly domestically, although the agency does assign sovereign ratings to various countries. In turn, the US’s Egan-Jones Ratings mainly assigns ratings to debt instruments including bond issues and bank loans. As noted by Vadim Vedernikov, Deputy Director of the Research and Risk Management Department at UFS IC, both agencies are known for their long-term activities on assigning ratings to corporate and sovereign issuers, as they operate in such "hot" credit markets as China and the United States. The project to set up a single common agency has already been called the Universal Credit Rating Group. "The ratings which the Universal Credit Rating Group could start assigning to Russian companies, could gain a degree of recognition in foreign investment circles approaching that of the ratings which have been assigned by the American Three,” says Vedernikov.

The other solution is to cooperate with ARC Ratings, the international consortium of agencies from Portugal, India, South Africa, Malaysia and Brazil. “The cooperation of any other Russian agency with this agency could be a positive factor, as it would provide an alternative objective and an independent assessment of the ratings of Russian companies in addition to the ratings that would be assigned by the Universal Credit Rating Group,” says Vadim Vedernikov. Experts also mention Japan Credit Rating Agency (Japan) and Dominion Bond Rating Service (Canada) as possible partners. According to Vedernikov, if such rating organizations were established in partnership with Russian agencies, they would be able to assign ratings to Russian companies. In this way, these ratings could be seen as more objective and, accordingly, could improve the perception of Russian issuers in the eyes of foreign investors.

The downgrade in Russia’s rating by S&P could seriously hit the Russian economy. According to Mikhail Kuzmin, “a downgrade in ratings is an indicator for investors from different countries of worsening economic conditions and increasing risks of investing in companies from the country in question.” Accordingly, the outflow of capital, which totalled $50.6 billion in the first quarter, may not decrease in the second quarter of 2014. Moreover, the cost of borrowing is likely to increase for Russia and any Russian company in foreign markets. “In today's conditions, the question of whether the Russian financial infrastructure has its own national rating agencies is becoming increasingly timely. The rating agencies industry exists in Russia but needs to be developed,” explains Konstantin Korishchenko. According to Anton Soroko, an analyst at FINAM investment holding, foreign rating agencies are legitimately drawing international attention to the growing risks of investing in the Russian economy, but they can exaggerate a bit. “Practically a monopoly has formed on the global stage in this segment. In this situation, the development of alternative appraisers will be a long-term benefit not only for Russia but also for the world as a whole,” said the expert.