Could ONGC pick up part of Exxon stake’s in Sakhalin-1? 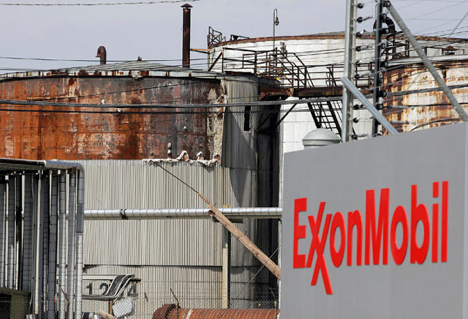 Rosneft would become the project operator if Exxon said, but it was unlikely they will buy Exxon’s entire stake. Source: Reuters

In the wake of geopolitical tensions, the Russian media is rife with speculation that ExxonMobil may exit the Sakhalin-1 project. Sources tell RIR that ONGC may be interested in raising its stake in the project.

U.S. oil major ExxonMobil, which has been developing the Sakhalin-1 project with a consortium consisting of ONGC, Rosneft and a Japanese group, may abandon the joint-venture as a result of U.S. sanctions against Russia, various Russian media outlets reported. This could possibly lead to ONGC increasing its 20 percent stake in the project, an informed source told RIR.

A Sakhalin Administration source told Itar-Tass, “The American company is considering an exit from Sakhalin-1 if there is an expansion of sanctions against Russia.” Russia’s Energy Ministry is working to confirm the information. Energy Minister Alexander Novak said that the ministry has not received any official notice of a withdrawal.

A representative of ExxonMobil told Russian daily Kommersant that the company will comply with any sanctions put in place by the U.S. government against Russia, but so far the situation has not had an impact on the company and its plans remain unchanged. The Sakhalin administration would not comment on the Exxon statement.

A source close to ONGC told RIR that the company was looking at increasing its stake in the project, which is considered one of India’s best energy investments abroad. “We’d assume that Rosneft would become the project operator if Exxon said, but it was unlikely they will buy Exxon’s entire stake,” said the source, who wished to remain anonymous as he is not authorised to talk to the media.

Exxon has a 40 percent stake in the project, with Rosneft and ONGC having 20 percent each. Japanese and Japanese consortium Sodeco owns the remaining 30 percent, which works under a production sharing agreement implemented in 2001.

The recoverable reserves of the project are estimated at 307 million tons of oil and 485 billion cubic meters of gas. The main production field is Chayvo. Production was launched the Odoptu field in 2010. ExxonMobil expects to start production of oil in the Arkutun-Dagi field at the end 2014. Nevertheless, total production this year may fall by 6 percent – to 6.6 million tons.

Russian Energy Minister Alexander Novak, commenting on the publications of Russian media, said that the ministry has not received such information and that it requires validation.

This article is based on reports from Kommersant and Gazeta.ru.