Rosneft and ONGC sign MoU for cooperation in Russian shelf 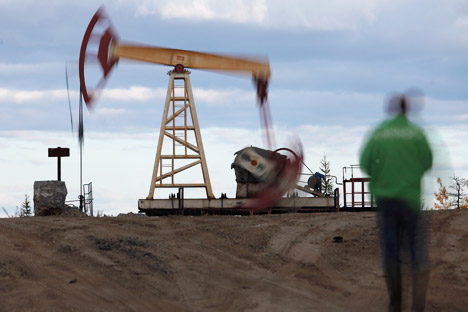 ONGC and Rosneft are partners in the Sakhalin-1 in the Russian Far East. Source: AP

The memorandum was signed in the presence of Vladimir Putin at the St Petersburg International Economic Forum.

Igor Sechin, Chairman of Rosneft and Dinesh Kumar Sarraf, Chairman of ONGC signed the MoU at the St Petersburg International Economic Forum, in the presence of Russian President Vladimir Putin, the Indian company said in the press note. “The memorandum paves the way for the companies’ cooperation in subsurface surveys, exploration and appraisal activities and hydrocarbons production in Russia’s offshore Arctic,” ONGC said in the statement. “The parties will jointly consider forming a consortium led by Rosneft and involving other partners.”

ONGC and Rosneft are partners in the Sakhalin-1 in the Russian Far East, where both companies own a 20 percent stake in the ExxonMobil-operated oil and gas project. There had been speculation that Exxon may exit the project on account of US sanctions against Russia, but the American company said publicly last week that it had no intention of leaving.

Sechin visited India in late-March to invite further Indian involvement in the Russian energy sector. “India is a very important country for Russia. We have a very efficiently run project with ONGC...now we want to expand our cooperation,” the Rosneft chairman said after meeting India’s Oil Secretary Saurabh Chandra.

Last year Rosneft offered ONGC stakes in 10 blocks in the Barents and Black Sea. Of the blocks offered in the Barents Sea, the Indian company found that five were not lucrative. ONGC may be interested in two of the remaining four blocks but is still awaiting further information from Rosneft.

During the just-concluded St Petersburg International Economic Forum, Rosneft also signed a deal with BP to tap oil in the Volga-Urals region and a MoU with Cuba’s Union Petroleo for cooperation in projects on the island. The Russian company and Mongolia's NIC LLC signed a five-year oil products supply deal, valued at $1.3 billion for the supply of around 1.2 million tonnes of oil products from June 2014 to May 2019.