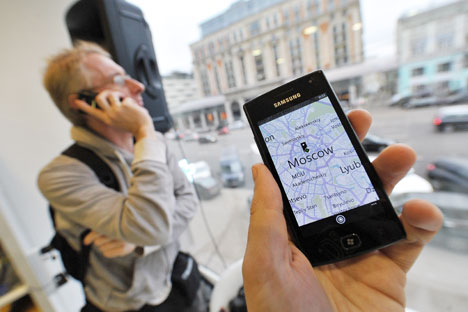 The Russian authorities will however not allow GPS ground stations in the country to be used for military purposes.

GPS ground stations, which faced threats of closure in Russian territory on June 1, over slow US-Russia negotiations on the installation of GLONASS ground stations in America, will remain open for now. Russia will allow GPS ground stations to operate in the country until August 31 but has taken action to prevent their operation for military purposes, a statement published on the Russian Federal Space Agency's official website says.

According to the statement, Roscosmos and the Federal Agency for Scientific Organizations, has taken the necessary measures to prevent the stations from being used to assist the American armed forces. Roscosmos explained that these measures prevent the use on Russian territory of data from Global Seismographic Network stations operating on GPS signals.

Earlier statements from Russian Deputy Prime Minister Dmitry Rogozin to the effect that the operation of GPS stations in Russia would be suspended from June 1 have therefore not been implemented.

Rogozin explained that GPS stations on Russian territory were now under the complete control of the country's authorities. The measures that have been taken, he added, are fully in line with the interests of national security and at the same time do not affect civilian users. “To clarify: There have been developed and implemented technical measures that prevent the use of these stations for military purposes. Now they are under our complete control,” Rogozin wrote on Twitter. He also announced that Russia had initiated talks with the U.S. to discuss the deployment of GLONASS stations on U.S. territory. “The deadline is by Aug. 31. Thereafter new decisions will be taken,” he added.

The news that Russia may ban the use of GPS on its territory first came on May 13, when Deputy Prime Minister Dmitry Rogozin promised to suspend the operation of GPS stations on Russian territory from June 1 unless Washington agreed to deploy GLONASS stations in the United States. The construction of GLONASS stations on U.S. territory was halted after U.S. congressmen became suspicious that they might represent a threat to national security.

There are 19 GPS signal transmission stations located in different parts of Russia. GPS technology also did not work over Ukrainian skies on several occasions in the recent past. Last month, the Russian Federal Air Transport Agency (Rosaviatsiya) sent a recommendation to airlines that when flying over neighbouring countries they are not to use navigation that is based on GPS technology, after it became clear that onboard GPS navigation of civil aircraft in the sky over Ukraine had been rejected.

Based on articles published by Rossiyskaya Gazeta and RIA Novosti.