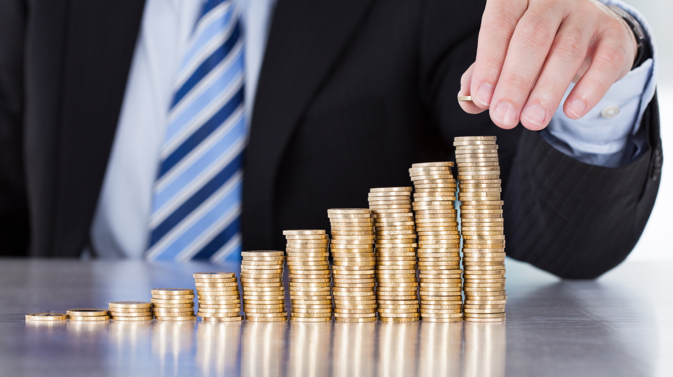 Despite the political fallout from the crisis in Ukraine, many asset managers agree that the effect of sanctions on the broader Russian market will likely be limited. Source: Shutterstock

Despite poor GDP growth and political headwinds, some fund managers say they are finding good deals in the Russian market.

And let’s not forget capital flight.

These are just some of the reasons why Russia’s stock market is having a rough year.

Not too long ago, Russia was watching a rising tide lift most of its boats. Russian stocks returned at least 8 percent in 13 out of the past 18 years, and often more than 20 percent.

Not so in 2014. This year’s unpredictable political headlines have combined with longstanding concerns over a slowing, resource-dependent economy to push Russian companies’ valuations to among the lowest in emerging markets.

The RTS index has dipped as low as 26 percent this year, after the dollar-based index fell over 5 percent in 2013. During May the index recovered some lost ground, and was down about 3 percent year-to-date at the end of the month.

Now, some bargain-hunters are returning to the market for the first time in years as the Russian investment case shifts from a general growth story to one of value-based stock picking.

“During my last trip to Moscow, I ran into several investors who were very excited about the low valuations on the Russian market,” says one Helsinki-based portfolio manager.

“One group of U.S.-based value guys cut all of their Russia exposure in 2008 and hadn’t touched anything there since. Until now.”

However, he notes that the politicized nature of Russia’s market performance means that only the most nimble investors will be able to take advantage of the discount.

“Private investors are clearly interested and are putting money to work. Institutional investors are far more conservative – even negative – on Russia, as they may have to explain their investment decisions to non-investor board members concerned by the possibility of additional sanctions,” he says. “There is an element of career risk.”

Despite the political fallout from the crisis in Ukraine, many asset managers agree that the effect of sanctions on the broader Russian market will likely be limited.

“Sanctions only pertain to certain companies. There is no systemic effect on the Russian market,” says Yulia Bushueva, a managing director at Moscow-based Arbat Capital. “The Russian government’s reaction will be the factor to watch. As long as they respond logically and proportionally, the market will be okay.”

The U.S. and EU have sanctioned only a handful of Russian companies to date, none of which are publicly traded.

However, with economic performance expected to remain sluggish throughout 2014, investors will do well to adopt an increasingly bottom-up approach when looking at the Russian market.

Laberko indicates an improving trend in dividend payouts among Russian companies as a major value driver.

“Dividends and share buybacks have become the preferred mechanism for shareholders to extract value from companies, says Laberko. “With stock prices falling, dividend yields are becoming even more attractive.”

At the time of writing, the dividend yield for stocks on the MICEX index stood at 4.2 percent, compared to 3 percent for the MSCI EM benchmark.

But value investors should also study the Russian indices’ trading patterns, which can exhibit significant momentum shifts. Over the past two years, investors in the Russian market have favored a constant-mix strategy, maintaining set allocations through buying additional stocks during market corrections and taking profits when prices recover, Gazprombank strategist Erik DePoy said in an e-mail.

“On three occasions last year the RTS Index was down 10 percent to 15 percent following external shocks, but in each case the market managed to rebound, particularly in response to increases in aggregate dividend payments,” DePoy says. “There appears to be a floor beyond which algorithms screening for deep value regularly pick up the most egregiously underpriced names.”

This dynamic can lead to outsized momentum swings on the Russian market, where foreign investors control an estimated 70 percent of free float.

“When Gazprom – Russia’s most liquid name – fell to a post-crisis low in July 2013, deep value investors rushed in to pick it up at a dividend yield of 8 percent, which then touched off a 40 percent momentum rally,” DePoy says.

A Moscow-based director for a European asset manager confirms the role of dividends as a driver, but notes that the evolution in dividend payouts has not been uniform across the market.

“The initiative by state-controlled companies to increase dividend payouts has been a source of disappointment. Many investors suspect that companies such as Gazprom could delay dividend rises in order to fund new capex projects,” he says.

In 2011, Russia’s Ministry of Finance announced a program to raise dividend payouts in state-controlled companies to 25 percent of net income under International Financial Reporting Standards (IFRS).

State oil champion Rosneft has already enacted the new standard, while Gazprom has been fighting the change, citing capital expenditures to secure new reserves and spending on this year’s Sochi Olympics.

However, some investors remain sanguine about additional capex.

“It’s true that Gazprom’s capex have risen from about 100 billion rubles to over a trillion rubles per year in the past decade, but half of this figure was spent on new pipelines – huge projects which have a useful life of 50 years or more,” says Manoj Tandon, head of research at Pzena Investment Management, a New York-based value investor with over $26 billion in assets under management.

“What more can they spend on? The company’s free cash flow upside is huge,” he says.