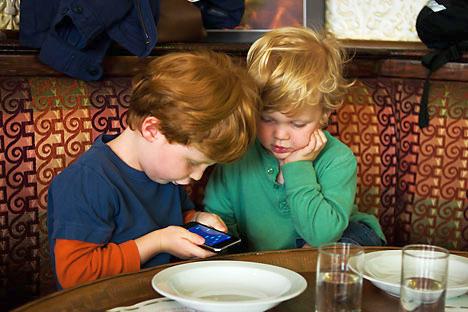 Indian companies entering the Russian market have to deal with the negative perception that Russian consumers have towards Asian brands. Source: Alamy / Legion media

The New Delhi-based manufacturer of handsets is looking for a partner in Russia and use the country as a base for the CIS region.

Intex Technologies, a New Delhi-based manufacturer of mobile handsets is looking to get a piece of the lucrative Russian market, The Hindu Business Line reported on its website. The company’s Director-Marketing (Mobile Phones) Keshav Bansal told the paper that exports to Russia could begin in a few months.

Intex would be the second Indian company entering the Russian market. In January, Micromax launched operations in the country. Its new flagship smartphone, the Canvas Turbo, costs about 10,000 roubles ($293), which is half the price of handsets with similar specifications offered by competitors.

“We are in the middle of identifying a local partner for the Russian venture,” Bansal told the Hindu Business Line. “Russia is a mature market with high purchasing power, and hence we will only focus on smartphones there in the initial phase.” He added that the company would enter the markets of the Commonwealth of Independent States, after it stabilises in Russia.

Yota to entice Indian users with design and smart technology

The paper added that Intex may push its high-end Andorid–based smartphones, from its ‘Aqua’ and ‘Cloud’ range to Russia.

Just like in India, the Russian smartphone market showed a tremendous growth while the market share of mobiles and feature phones declined further. The sales of smartphones in Russia touched 17.5 million devices in 2013.

Indian companies entering the Russian market not only have to deal with establishing a new distribution network, logistics and consumer services infrastructure, but also with the negative perception that Russian consumers have towards Asian brands.

The entry of lesser-known brands on the Russian market for smartphones was one of the most obvious trends of 2013, analysts say. Handsets in the 5,000 roubles (about $146) price range have shown the fastest growth and now account for 33 percent of all sales, up 13 percent from 2012.

In India, Intex is focussing essentially on tier 2 and tier 3 cities. Last week, it launched Aqua 3G, 4 inch screen 3G smartphone, priced at Rs 3,555 ($60). The dual-SIM smartphone is meant for first-time users of the internet and email on their phones in the smaller cities of the country. The company is unlikely to set such low prices in Russia, where overhead and retail costs are high.