Two space satellites for India to be made in Russia 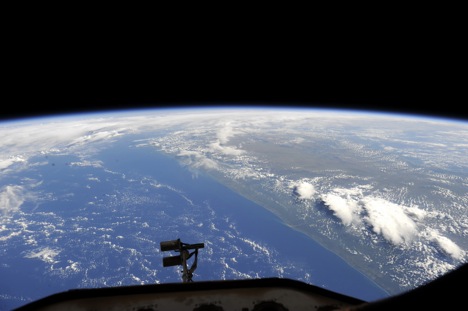 A contract on the on the design and production of the satellites for a Bangalore-based company was signed on the sidelines of the Farnborough International Airshow in the UK.

Private sector cooperation between Russia and India received a boost on Wednesday July 16, when an agreement for the manufacture of two space satellites was signed between Dauria Aerospace and Bangalore-based Aniara Communications.

A contract on the on the design and production of the satellites was signed on the sidelines of the Farnborough International Airshow in the UK.

“Small satellites are an ideal solution if there is the lack of the needed volumes of satellite communication and broadcasting that India has at present,” Aniara President Raghu Das said.

“Small spacecraft make it possible to profitably service small markets that are unprofitable for heavier and costly geostationary systems,” Dauria Aerospace added in a statement.

Deputy head of the Russian Federal Space Agency (Roscosmos) Denis Lykov said that the agency supports new private players in the sector as this would improve Russia’s export potential. “The signing of the deal is an important step for the formation of Russia’s new space economy and we are ready to support such companies as Dauria Aerospace in the national market and outside it,” he said.

In early July, Russia placed into orbit the first Russian private satellite DX1, made by Dauria Aerospace for the automatic ship location system.

Aniara was established in 2001 to advise and support global telecommunications and high technology enterprises expand their activities in emerging markets in Asia, the Middle East, and Africa. Aniara has offices in the United States and Bangalore, and concentrates on the communications and high technology industries and in particular the satellite sector, including satellite-based services and applications over fixed and mobile satellite systems and terrestrial networks. Aniara represents a variety of industry-recognised clients, including DTH and FTA broadcasters, telcos and carriers, system integrators, governments, and VSAT operators.

The companies did not disclose the deal value.  Russia and India have set a trade target of $20 billion over the next few years, and have put the onus on the burgeoning private sector in both countries.