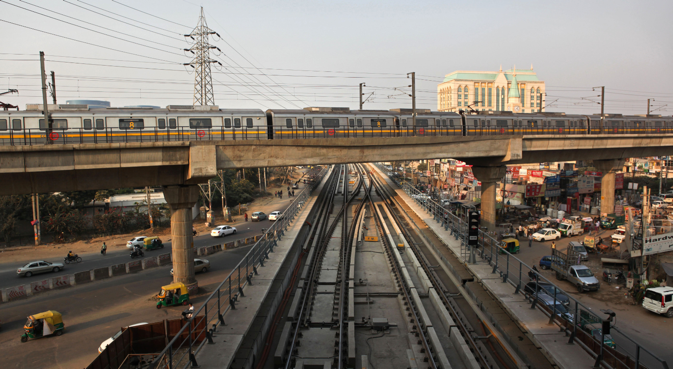 Two months after the NDA government came into power, the Russian business community sees positive changes and has high expectations when it comes to Indo-Russian economic relations.

While Vladimir Putin’s meeting with Narendra Modi in Brazil was widely seen as successful in diplomatic circles, the business community has its own way of measuring the changes that the new government in Delhi can bring to Indo-Russian economic relations.

Broadening the strategic partnership in nuclear, defence and energy sectors was and will be the major focus of talks between Russian and Indian leaders. However, the potential of economic cooperation goes far beyond these sectors. With the possibility of raising bilateral trade from $15 billion to around $20 billion, as suggested by Vladimir Putin, it’s time for various business sectors to straighten their shoulders.

“We see continuous improvements in energy, oil and gas sectors, petrochemicals, machinery, telecommunication, cosmos, infrastructure, including railway transport and metro,” Yaroslav Tarasyuk, Russia’s Trade Commissioner in India says. “The contacts in such fields as manufacturing and supplying of medical equipment and pharmaceutical products are increasing.”

He added that in the second half of this year the Trade Representation is planning to conduct a series of inter-sessional meetings of the India –Russia Inter-Governmental Commission for Trade, Economic, Scientific, Technical and Cultural Cooperation (IRIGC – TEC), Indo-Russian trade and investment forum and traditional Russian-Indian Summit in December.

Although the target of $15 billion seemed reasonable, according to the Federal Customs Department of Russia, in 2013, Indo-Russian bilateral trade decreased 5 percent to $10 billion. Russian exports dropped 7.67 percent and stood at $6.9 billion and imports decreased 1.6 percent to $3 billion.

In the first three months of 2014, bilateral trade was just $2.28 billion which is 5.4 percent less than the same period a year earlier. This year, Russia’s exports to India dropped 6.73 percent and India’s exports to Russia dropped 2.4 percent.

There could be many reasons behind the decline, however it is clear that India still needs natural resources and Russia will keep providing it to India. Experts say, with new initiatives taken by the Modi Government, businesses on both sides should look beyond these sectors.

“I believe with the new government in power, there will be improvements in all industries, not only energy or defence,” Vladislav Voitsekhovich, Managing Director of India Branch, Sberbank of Russia JSC, told RIR. “Although India will still require a lot of resources, be it diamonds or oil or gas or steel, it is the best time to think about FDI. Maybe not directly in India, but via Singapore, but it makes good sense to enter the market now, at the low point. And we also should think of creating possibilities for Indian business to invest in Russia.”

“All parties will benefit from it. And I believe those Russian companies who are into infrastructure and construction projects should consider these opportunities. More good news comes for the defence sector as FDI investment limit was raised from 26 percent to 49 percent,” Voitsekhovich adds.

Some industries are looking for clearer policies, revised rules and regulations. Sistema Shyam TeleServices Ltd. (SSTL), owned by the Russian Sistema JSFC, hopes that given the fact that the new telecom minister has already made his intent clear on setting things right in the telecom industry, there will be a clear long-term roadmap for the industry.

“The company is looking forward to issues relating to pricing and subsequent auction of 800 MHz spectrum band being sorted out within this calendar year, so that a level playing field is maintained,” Dmitry Shukov, Chief Executive of SSTL, told RIR.

The diamond industry, in its turn, expects new vectors of development. Although during his term as chief minister of Gujarat, Narendra Modi supported the industry, he has always had a very market-oriented approach to it, industry players say.

“About two years ago at the ceremony in Surat, Modi said he wouldn’t be content until the (Indian) industry players started mining in different countries, until they invested in new mining facilities and manufactured watches that can bring 800 percent profit, not 3 percent,” Alex Popov, Chairman of the World Diamond Mark Foundation (WDMF) and Chairman of Indo-Russian Jewellery Foundation recalls.

He adds that although the budget announced last week was not revolutionary but rather conservative, everyone shows goodwill, and everyone expects positive changes.

“Modi has something to show in Gujarat,” Popov told RIR. “Business there is at a higher level and more transparent. It’s a question though whether he will be able to manage the huge bureaucratic machine that sits in Delhi and other states. This is still an open question.”

Vladislav Voitsekhovich believes India’s new prime minister has not yet found the way to apply his Gujarat model to the whole of India. “It will require some time,” banker said.

Right after the elections, the Modi government announced its five-year plan to improve India’s economy and gain investors’ confidence. Within the first two years, the negative trends, inflation primarily, should be fixed making a good base for next three years of aggressive growth. “It’s a logical, clear position, and it impresses me,” Voitsekhovich said.

He added that today we have to consider that we live in the world where there are sanctions against Russian companies and Russian people, thus exploring cooperation with Asia, considering that it is not limited to China, is a good chance for Russian business.