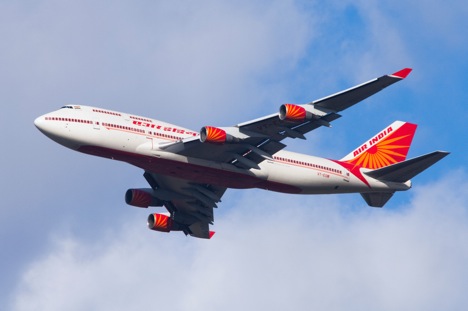 Passengers would be able to travel onwards to the western Indian state without changing aircrafts in Delhi.

Buoyed by the good response to the Moscow-Delhi direct flight, Air India is planning to extend the service to the resort state of Goa, a senior official of India’s national carrier told RIR. “We would like to add Goa to the route in time for the tourist season in November,” the official said on the condition of anonymity as he is not authorised to talk to the media.

Air India flies to Moscow’s Domodedovo Airport four times a week and in what is only the second direct connection between the capital cities. Aeroflot operates a daily direct flight to Moscow’s Sheremetyevo airport. The Air India official added that the carrier may fly daily to Moscow during the tourist season once the Goa connection is finalised.

At the moment, the preferred route for Russian tourists to fly to Goa is through charter flights. Several airlines operate charter flights from October to April between the Indian state and Moscow.

When asked if Air India planned to introduce a direct flight from Mumbai to Moscow, the official said the airline was planning to assess the success of the Delhi-Moscow flight before seeking approval from Russian authorities. Aeroflot discontinued its direct flights to India’s largest city in 2009, and according to RIR sources in the airline, the Russian carrier is not very likely to restart services in the near future. Tourists and members of the business community from Mumbai usually fly to Moscow using carriers based in the Persian Gulf countries.

Under the existing India-Russia air services agreement signed in 2006, designated carriers from both countries are allowed to operate 46 flights a week in both directions. India’s low-cost carriers have also been seeking an entry to the Russian market and using Moscow as a base for flights to other cities in the Commonwealth of Independent States.

Simplified visa procedures have led to an increase in Indian tourists visiting Russia. The number of Indian tourists that visited Russia in the first quarter of 2014 grew by 13 percent, according to official statistics from the Russian Federal Tourism Agency. There has also been a steady two-way exchange of business visitors in the last few months, as India and Russia look to step up bilateral trade.