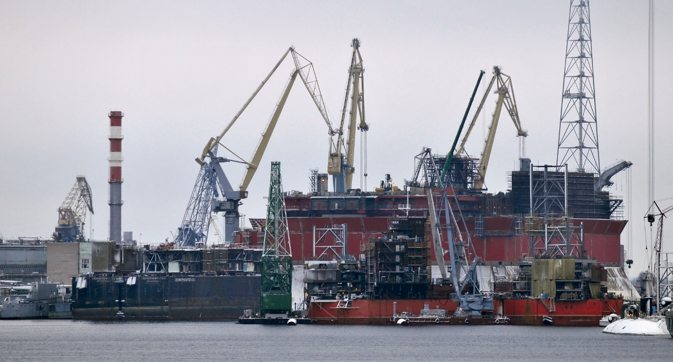 Zvezdochka specialists have carried out the submarine’s pre-repair fault detection in India and agreed to work on the modernisation. The payment could be settled in rupees or roubles.

The shipyard specialists have carried out the submarine’s pre-repair fault detection in India and drafted the work documents for the modernisation, the shipyard’s press service told Itar-Tass.

“On the basis of this package of documents, the Zvezdochka shipyard and India’s Defence Ministry will work out the terms of the Sindukesari repair contract. The contract is expected to be signed in the first half of 2015,” the press service said.

Russia becomes world leader in the supply of naval armaments

“The sides on the whole understand the technical part of the future contract, but its financial aspect will require additional efforts to avoid the influence of sanctions, imposed by the United States and EU countries on Russia’s United Shipbuilding Corporation (USC) to which Zvezdochka belongs,” the press service said. The shipyard does not rule out that the contract settlements will be made in the national currency.

Next summer, the Indian submarine will arrive in Severodvinsk. Sindukesari will be the sixth Russian-built Indian submarine of Project 877EKM of the Varshavyanka class to be modernised by Zvezdochka. Nevertheless, this contract will be special for the enterprise, the shipyard says, as it will be the second Sindukesari repair. The submarine was built by the Leningrad Admiralty Association (now Admiralty Wharves Shipyard) in 1988, and in 1999 - 2001, the Petersburg shipbuilders conducted medium repair and modernization of the submarine. Effectively, the Sindukesari will be the first vessel of the Indian group of Varshavyanka class submarines to reach the service life of 35 years with maintaining high operational and combat qualities.

In September 2013, the Indian side officially said it intended to conclude a contract with Zvezdochka in 2015 - 2019 on the repair of two Project 877EKM submarines with the extension of their service life.

Zvezdochka, specializing in the repair and scrapping of nuclear-powered submarines, since 1997 has modernised on the Indian Navy order five diesel-electric submarines - Sinduvir, Sinduratna, Sindugosh, Sinduvijay and Sindurakshak. The enterprise also continues the repair and modernisation support of the Sindukirti submarine at its permanent base - Visakhapatnam.

All these Russian-built submarines of Project 887EKM (NATO reporting name Kilo) were designed by the Rubin Central Design Bureau for Marine Engineering (St. Petersburg). They are designed for fighting enemy’s submarines and ships and defending naval bases, coastal and sea service lines, reconnaissance and patrolling missions. The displacement of these submarines is 2,300 tonnes, length - 72.6 metres, submerged speed - 19 knots (about 35 km per hour), crew - 52 people and cruising capacity - 45 days. The kilo submarine is armed with six 533-mm calibre torpedo launchers. The submarines are modernized with the installation of the Club-S modern Russian cruise missile system (designed by the Novator design bureau) with the firing range of about 200 kilometres.