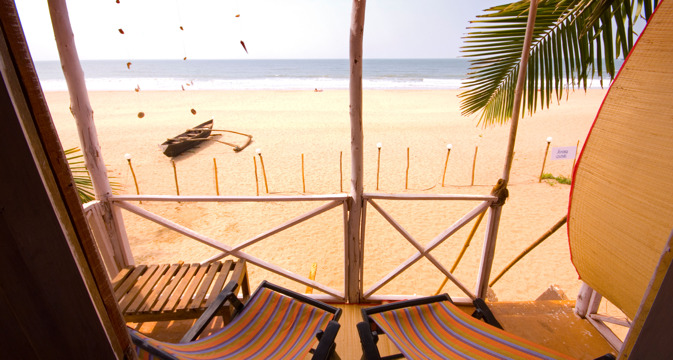 Scores of delegates from Russian-speaking countries and Russian regions are visiting the state this week for a familiarization trip organized with support of Goa Tourism. Goan authorities are eyeing greater tourist numbers from southern Russia.

As the new tourism season is about to start in Goa, Indian tour operators as well as tourism authorities are still guessing whether the expected growth of 15 percent in the number of tourist arrivals can be achieved. In order to boost tourist inflow from Russia, the Goa Tourism Development Corporation (GTDC) organized a Fam Trip (short for Familiarisation Trip) for Russian tour operators and travel agencies this week.

The delegates came from Southwest Russia, Povolzhye and Ural regions, where Goa (and India) is yet to become a popular destination. Most Russian-speaking tourists come from Northwest and Central Russia, Ukraine, Kazakhstan. Liliya Yakhina, director of TUI Travel’s Yekaterinburg office, says the popularity of India is growing in her city. “It is on the third position now after Egypt and Thailand,” she added.

Yakhina was surprised, though, that during the meeting with Indian companies most of which were hotels and restaurant and very few tour operators, were conducted without any translators being provided.

“Few of us can speak English, but the majority doesn’t. We could not discuss much with Indian companies, just exchanged smiles. If organizers arranged for some translators, the meetings would have made sense,” Yakhina said. “We send so many tourists to Goa every year.  I am really surprised that language problem is still not solved here, considering the growing number of Russians coming.”

Neither Yakhina nor her colleagues from Chelyabinsk, Ufa, Samara, Kazan, Tumen were aware of the Russian Information Centre that was opened last year to help Russian-speaking tourists solve various issues, including communication problems.

According to Nikhil Desai, Managing Director, GTDC, the idea of Fam Trip for Russian agencies was proposed by Air Arabia, one of Middle East’s low-cost carriers having its base in Samara since 2009. Currently Air Arabia flies from Moscow, Kazan, Rostov, Ufa, Yekaterinburg to 13 places in India, including Goa, which is a good option for tourists from Russia’s regions who earlier used to travel to Moscow to catch up a flight. Another low-cost carrier FlyDubai has recently established operations from the same cities of Russia’s southwest. It flies to several major tourism destinations in India, excluding Goa though.

Ekaterina Belyakova, managing director of Goa-based tour operator Tara, believes that with offers from low-cost airlines Russian travel agencies would be able to send their tourists without booking seats in charter flights through large tour operators, moreover, she adds, tourists will get better options to book flights on their own without relying on tour operators and travel agencies.

“There is a small percentage of tourists, mostly young backpackers, who book everything on their own. Most of them have good command in English,” Belyakova says. “The majority of tourists still prefer the bookings and visas to be done by travel agents. They are either scared, or inexperienced, or quite often they don’t even know that such option exists.”

Ivan Gulyaev, Air Arabia representative in Yekaterinburg, says in Russia only 10 percent tourists are ready to do booking on their own. “In USA it is 50 percent, so I believe we have a long way to go. But with the young generation growing up we may reach this level within next five years,” he adds.

The new visa rules that will allow Russian tourists to get visa on arrival at eight airports in India, including new International Airport in Goa, will solve the problem of going through often painful process of applying for Indian visa which many people from regions of Russia complain about.

Nikhil Desai told RIR the facility is expected to be available from the beginning of October, although no dates have been released officially. Surprisingly, most of Russian delegates participated in the meeting heard about “visa on arrival” facility for the first time.

The number of Russians who may consider option of travelling independently (so-called FITs) or at maximum going to a travel agent that is focused on one-two destinations will be growing as the crises in the industry evolves, Russian experts believe.

Although it’s not common when travel agencies work with carriers and hotels directly as flights, especially charters, and rooms have to be booked in bulk that requires large payments to be made, some travel agencies are breaking traditional chains. Few Russian Fam Trip participants were looking for tour operators in Goa with whom they can partner directly, however, the majority of Indian companies invited were hotels, restaurants and even beauty parlours but not the tour operators.