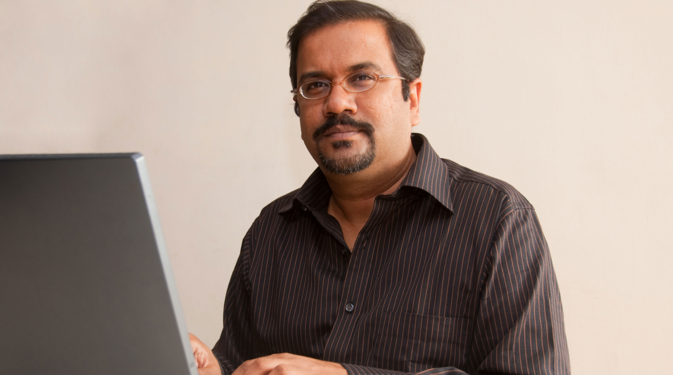 Russian IT experts acknowledge the high level Indian professionals have achieved in a number of sectors. Source: Lori / Legion Media

Russia needs around a million software programmers to work on mass market products in the next three to seven years. Russian IT experts have mixed feelings about Indian software professionals.

While Russia can boast of some of the most skilled software developers in Europe, it faces a shortage of technical staff for common programs.  This is an area where India, with its enormous pool of talented programmers, could come of assistance.

“At present Russia produces internally only highly specialized software,” Vladimir Gabrielyan, vice president and technical director of the Russian IT-giant Mail.ru Group, told RIR. “All mass market products are produced abroad. This makes the Russian industry and users completely dependent from the operating systems both for personal computers and mobile devices,” he stressed.

What came as a wakeup call for Russian authorities is that amidst the Ukraine geopolitical crisis, big American companies are willing to support anti-Russian sanctions even to their own economic detriment.  In August, one major software developer of computer-aided architectural and engineering design - Autodesk - decided to stop supplying its products to some of the Russian organizations, including those on the sanctions list. Users are concerned that other software vendors from Europe and the United States may follow this example. These concerns include Microsoft, whose products are installed on the major part of computers in Russia.

The situation called for revaluating the earlier conclusions on feasibility of creating a series of own solutions in the field of information security and software in Russia. In 2010 the ‘Information Society’ program was initiated, with the aim of creating a national software platform by 2013. But back then the work on import substitution was curtailed due to lack of feasibility. The events entailed by the sanctions make the re-launch of such projects possible.

The Russian Ministry of Communications and Mass Media is preparing a set of measures to create a new import substitution program in the IT field. In August, the ministry head Nikolay Nikiforov estimated that Russia needs one million programmers in the next three to seven years. The current estimated number of programmers in Russia is 350,000. Nikiforov stressed on the importance of attaining “total IT sovereignty,” which would mean eliminating the dependency on all foreign software - from operating systems to database management systems.

Obviously, growing such a number of in-house experts is a tall order.  In certain cases Russia would have to use IT-sourcing, primarily from India, considering that it's the superpower in this area.

Russian IT experts have mixed feelings about involving Indian professionals, although they acknowledge the high level they have achieved in a number of sectors. Business Development Director of ESET Russia Yevgenia Zabashtan, for example, noted that Indian experience and resources should be taken into account. “I don't know any other country able to run business processes in IT-consulting as effectively and smoothly. In India, there are entire IT-regions where international companies outsource their services,” she told RIR

She said nearly all multinational companies keep a research and development centre in India. “In many years the Indians have accumulated extensive experience in complete process building - from research to full-cycle product release. Companies such as Wipro, TechMahindra or TCS, provide this service to foreign companies, primarily American ones,” Zabashtan said.

According to her, Indian software is mostly demanded on domestic market, while professional service is aimed at the international market. “The Indians are traditionally strong in the area of system integration, engineering services, construction of large data centres, contact centres, research and development centres and research projects realization,” Zabashtan added.

Anatoly Voronin of FIBO Group noted that Indian developers don't create ‘equivalents’ to existing software, but participate in designing its components. Yet the rights to the finished software product belong to the customers, therefore the Indian developers hardly have the right or possibility to use the pieces of code they wrote to create alternative programs. “We use a number of specific software, such as trading platforms that are being developed by third parties,” he said.  Voronin added that outsourcing to India was an option that Russian companies would consider. “As for our own developments, we don't practice direct outsourcing to India. Our developers are based in different countries and even on different continents,” he said.

Nonetheless, Indian IT-companies are already present on the Russian market, and it is obvious that their number will be growing. For example, in the end of 2012, Infosys and Uralsib, a Russian bank signed a deal for the development and maintenance of  the Finacle unified automated banking system, meant to standardize and unify back-office processes, provide seamless and secure centralized banking services, minimize operational risks, reduce the average transaction cost.