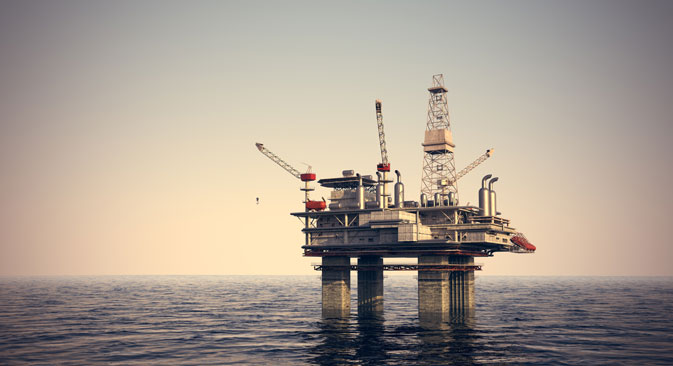 Energy cooperation between Russia and India is unlikely to be affected by Western sanctions. Source: Shutter Stock/Legion Media

The West, which imposed sanctions on Russia’s largest banks, oil and defence sector companies, will not be able to blackmail New Delhi to curtail its cooperation with Moscow, analysts believe.

Although the latest U.S. and European Union sanctions package targeting Russia’s largest banks, oil and gas industry companies and major defence firms may create certain hardships for ongoing contracts between India and Russia, experts believe on a large scale these new developments should rather be seen as an opportunity to boost bilateral trade by both countries.

Anton Soroko, analyst with investment holding Finam, says that the increase in cooperation in the near future is not only possible but necessary, as India is one of Russia’s the key trade partners in the future structure of country’s export policy.

“I think that the sanctions imposed against Russia can give a new chance to Indo-Russian cooperation in general. Whether we can take advantage of this opportunity, it is another question.” Carnegie Center Moscow specialist Petr Topychkanov says. “It depends not on Western sanctions, but on the conditions of cooperation between our countries. Here we are faced with a number of traditional problems which are being solved at a very slow pace not corresponding with the potential of our relationship.”

As sanctions rhetoric evoked memories of the U.S.-India standoff over the latter’s oil imports from Iran, in the case of Russia such a scenario is hardly imaginable. “The sanctions on Iran were imposed by the decision of the United Nations Security Council. To do the same against Russia, the UNSC should be involved. Even if Russia abstains from voting, China will veto such measures. Hence there are not many opportunities for more severe sanctions,” Topychkanov says.

He notes that it’s quite doubtful that during the upcoming visit of Narendra Modi to the United States Delhi will be put under pressure to support Washington and Brussels in their actions against Russia. “The U.S. wants to develop relations with India in a positive manner. If at this stage some conditions concerning cooperation with Russia will be put, the only answer coming from Delhi would be a ‘no.’”

Although many suppliers of arms, equipment and technologies to the Indian Armed Forces, are among the dozen defence sector companies affected by the sanctions, the cooperation between countries in this area will hardly be affected, analysts believe.

RIC has greatest potential to counterbalance the West

“Russia and India are exploring the potential of joint product development and technology transfer.  BrahMos is a success story but, surely, not the only one in a longer run,” Georgy Antsev, General Director and Chief Designer of Concern Morinformsystem-Agat JSC, Russia’s largest producer of integrated warfare systems, artillery and missile system and radiolocation complexes, told RIR. “How can you sanction a mutually beneficial process that implies the best of human resource and intellect of both countries?”

Antsev believes no country can persuade blackmail or even force India out of cooperation with Russia that, he emphasized, will be gaining in volume and sophistication.

“India has once again proved that it is Russia's genuine and time-tested friend. As far as political rhetoric is concerned, India has firmly shown that it stands by our side in this highly politicized matter,” Antsev said.

Topychkanov agrees that strategic contracts in defence and energy sectors will be continued regardless of whether international market mechanisms are there or not, while the trade in other segments is comparatively so underdeveloped that it will hardly be affected.  Further measures being discussed by the U.S. and EU including restrictions on banking operations and the possible freezing of financial market mechanisms could create some hardships in future, he adds. However, Topychankov says, it is hard to believe such measures will be taken.

Anton Soroko reckons that only those contracts where European and American companies participated by finances, technologies or any other means, can be affected by current sanctions while  other contracts, in principle, could be affected only indirectly - for example, Russian banks may have problems with the financing current projects in the absence of liquidity.

This indirect effect has already taken a toll on the banking industry, some analysts admit,  as Russia’s largest banks facilitating international trade such as VEB, Sberbank, VTB, Gazprombank and others, all active borrowers in international capital markets, fell under sanctions.

Alexey Volostnov, business developments director, Russia, Frost & Sullivan, notes that as of now sanctions do not touch upon banks’ operations but rather refer to accessing long-term funding resources. “Therefore bilateral deals won’t be affected and won’t fall under special regulation. In case if it will be required, Russian banks can always make settlements using third countries,” he says.

“We believe the sanctions won’t affect the relations between two countries. Indian partners are following the developments and irrespective of political factors build long-term line of cooperation with Russia,” Raushaniya Khazimuratova, Representative in India, OJSC Promsvyazbank (not affected by sanctions) told RIR.

“I cannot say Sberbank in India has suffered greatly. Our branch has been initially focused on local customers and their needs in the local currency - Indian rupees,” Vladislav Voytsekhovich, Managing Director and CEO, Sberbank Branch in India, told RIR. “Of course, we cannot use such instruments as LOC or guarantees in dollars for a period exceeding 30 days, but for our Indian customers we can still try find a way out, using other currencies when possible.”

He admitted that the sanctions have already affected trade between Russia and India.  “The U.S. dollar is used as the main currency in trade between our countries. The settlements under the current contracts have already become either difficult or even impossible,” Voytsekhovich added.

The latest developments provoked new discussions on settling trade between India and Russia in their respective currencies. Analysts have varied opinions on the possibilities of rouble-rupee settlements in near future.

“Rupee, as a whole, is a classic emerging market currency, which, due to high inflation, debt loaded economy and the structural inefficiencies is in the long term a lowering against the American dollar,” Anton Soroko says. “As result of new sanctions the work on establishing direct rouble-rupee settlements will be activated by analogy with China where a number of policy decisions on similar matter had been already adopted”.

However, Mikhail Kuzmin from Investcafe says that in practice, national currencies can hardly be used for settlements at this point of time. Alexey Volostnov from Frost & Sullivan is also of the same opinion and does not expect Russia to opt for rouble-rupee settlements even in current circumstances.