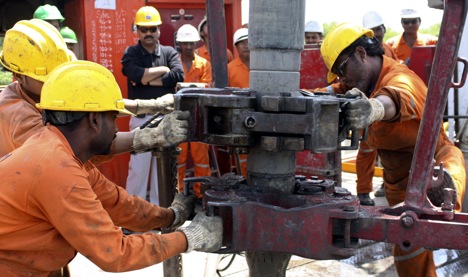 India is still likely to get LNG from the Yamal project. Source: Reuters

The Indian oil and gas bellwether has abandoned plans to invest in the Novatek-controlled project after carrying out a risk assessment, according to a media report.

India’s state-owned Oil and Natural Gas Corp (ONGC) has decided to back out of Novatek's Yamal LNG project, PTI news reported on Monday.

An Indian consortium comprising of ONGC’s overseas arm ONGC Videsh Ltd, Indian Oil Corp and Petronet LNG was looking for a 9-10 percent stake. ONGC decided to back out after it carried out a risk assessment of the project, a source close to developments was quoted as saying by PTI.

When contacted by RIR, an ONGC spokesperson declined official comment on the report, which was first published by the Business Standard.

Yamal LNG is a project for the development of the South Tambeyskoye field with proven deposits of 1.3 trillion cubic metres of natural gas, and the construction of three lines of a natural gas liquefaction plant for producing 5 million tonnes each per year. The launch of the first line is scheduled for the end of 2016. Yamal LNG should reach full capacity in 2018.

Russia plans to double its share of the global LNG market to 10 percent by 2020, as it seeks to diversify its energy exports to Asian countries away from Europe where demand for Russian gas is sluggish.

India is still likely to get LNG from the Yamal project, via a supply agreement signed between Gazprom and GAIL in 2012. Last year, a Gazprom group company signed a framework agreement with Novatek to buy 3 million tonnes of LNG per annum from Yamal. Gazprom is expected to use the gas from Yamal to supply the 2.5 million tonnes that is contracted to GAIL. By supplying Yamal LNG to GAIL, Gazprom could free up the 1 million tonnes from Sakhalin-2, meant for India, and sell it in the Far East.

A Japanese consortium led by Mitsui and Mitsubishi are now the front runners for acquiring a 9-10 percent stake in the Yamal LNG project.