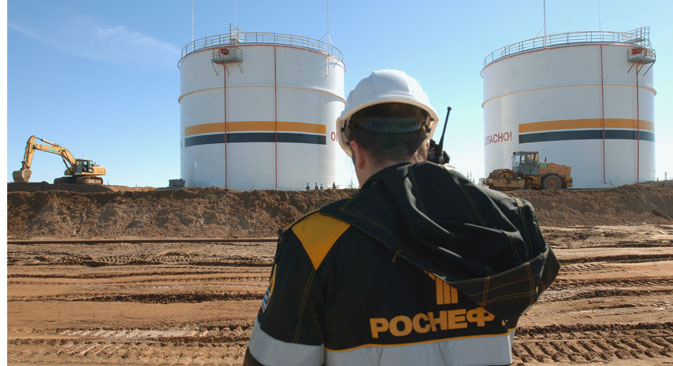 With the effective participation of Russia to complement the needs of key players in the continent such as India and China, the prospects of the rise of an Asian energy century cannot be ruled out.

The recent Russian offer to ONGC Videsh Limited (OVL) of a 10 percent stake in the Vankor oil field of central Siberia may not make headlines in prominent media outlets; nevertheless it has a lot of significance for bilateral and regional economic cooperation. Besides attesting the credo of mutual complementarily of the two traditional allies, the recent offer has many promises for India’s energy security and for Russia’s expansion of energy cooperation towards the east and the south. Besides Vankor, the Russian energy giant Rosneft has also offered up to 49 percent stake in Yurubcheno-Tokhomskoye.

The debates about India’s prospects of joining the Vankor project is neither a recent one, nor driven by the Western sanctions on Russian companies including Roseneft. Russia’s interest to include traditional partners in energy exploration is not new. Way back in 2005, the First Deputy CEO of Roseneft, Sergei Alexeyev had expressed interest in India’s inclusion. Alexeyev stated, “We would be happy to have ONGC-Videsh Ltd. (OVL) as our partner in the Vankor oil and gas project since we have been successfully cooperating in developing the Sakhalin-1 oil and gas field.”

India’s participation in Sakhalin-I is a well known story of this bilateral cooperation. Indian company OVL acquired 20 per cent stake in Sakhalin-1 oil and gas field worth $2.1 billion in 2001. In 2009, it acquired Imperial Energy. In August this year Rosneft sent a proposal to OVL for joint development of Yurubcheno-Tokhomskoye oilfield in eastern Siberia. As per a report OVL is looking for a source of one million barrels per day of oil and oil-equivalent gas from Russia.

To meet about 70 percent of its energy requirements, India has expanded its options to acquire resources from different countries. In the past two years, OVL has made new acquisitions in the Eurasian region, including acquiring stakes in the Azeri, Chirag and the deepwater portion of Guneshli fields in the Azerbaijan; an additional 12 percent in Block BC-10 at Campos Basin in Brazil; and 6 percent stake in the Rovuma Area 1 offshore block in Mozambique from Videocon. But among the acquisitions of foreign stakes, India’s chances of getting a fair deal in Russia are better due to the level of understanding between the leaders of the two countries. During the meeting of the foreign ministers of both the countries at the sidelines of SCO summit in September 2014, expansion of ties between in a range of areas including trade, investment, energy and defence were discussed.

It may be far-fetched to argue that the recent Western sanctions have motivated Russia to turn to south and east to widen its energy cooperation. Putin’s visit to China few months back and signing the ‘deal of the century’ about establishing pipeline from Russia’s east to China might have contributed to such a debate but Russia’s energy cooperation with India and China are driven by mutual economic gains. The sanctions in July put obstacles on Rosneft’s access to foreign loans, particularly prohibiting it to receive loans with more than 30 days maturity. The emerging scenario gives rise to many prospects of regional economic cooperation and integration. These countries along with their partners may be driven to create a regime of trade away from dollar. For instance, Russia may be interested to develop bilateral arrangements like Rupee-Rouble and Renminbi-Rouble financial arrangements for energy cooperation.  Multilateral players like BRICS and SCO may also develop an energy network with mutual complementarities, with organizations like Eurasian Economic Union, BRICS, SCO and other regional organizations as stakeholders.

There are other areas of economic cooperation which have recently been deliberated. Few days back Russia’s First Deputy Minister of Industry and Trade, Nikitin Gleb, with a team of representatives of Russian companies such as Kamaz Motorz Ltd, GAZ Group, REP and Uralmashzavodat, discussed with Indian officials for prospects of enhanced cooperation in the areas of mining, fertilizers and aviation. A report cited India’s commerce ministry official that “With the Ukraine crisis souring Russia’s relations with the EU and the US, it (Russia) is keen to channelise some of its investments into friendlier nations such as India. Both sides will work towards finalising some deals before President Putin’s visit”. From this perspective, it appears that President Putin’s forthcoming visit will be promising for bilateral relations. There are also debates about the possibility of a Free Trade Agreement to give fillip to economic cooperation.

The increasing bilateral cooperation too has wider prospects for Asia. With the effective participation of Russia to complement the needs of key players in the continent such as India and China, the prospects of the rise of an Asian energy century cannot be ruled out. This is not to suggest that Russia’s expanding energy cooperation in Asia will lead to its rescinding energy cooperation with its West, but it will certainly provide Russia enough space to craft political and economic policies not heavily determined by the West.   Russia’s forays to meet energy crunch in its further south may also have other implications. India and Pakistan, both hungry of oil and gas, may be linked to a Russia led energy security framework. Perhaps energy security concerns, and Russia’s friendly relations with both the countries and its positive approach to regional projects such as TAPI and IPI and north-south corridor, will help moderate concerns of territorial security often resulting in violent conflict.