Diabetes risk high in Russia, but situation not as grave as India – Leading doctor 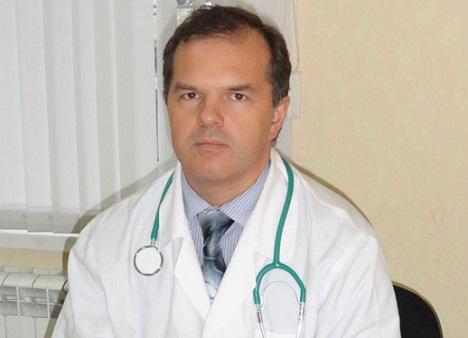 Professor Oleg Arturovich Malievsky, the chief pediatric endocrinologist of the Ministry of Health of the Republic of Bashkortostan and an expert in the Alpha-Endo charitable program, talks to RIR about the spread of diabetes in Russia.

To what extent are diabetes and lifestyle diseases a serious threat to Russians?

Diabetes is one of the most significant problems of humankind. First and foremost, it’s defined by its high prevalence; every 10 years the number of cases more than doubles. Another aspect of the problem is difficult complications that develop during the long duration of diabetes. Nephropathy that causes kidney failure requiring hemodialysis; retinopathy with loss of vision; damage of lower-extremity vessels, in some cases leading to gangrene and amputations; arteriosclerotic changes of the major vessels, leading to a high risk of heart attack and destruction of cerebral circulation: these are the main complications that define the incapacitation and mortality of patients. In every country in the world, treating these conditions consumes the lion’s share of public health systems’ budgets. Taking into account the resurgence of diabetes and the increase in life expectancy, we can predict a steady climb in the number of sick people who have these complications. This is especially relevant for residents of large cities, where the lifestyle is distinctive for its sedentariness, high proportion of fast-absorbing carbohydrates and animal fats in food, and frequent stresses.

Are Russians genetically predisposed to diabetes and similar illnesses?

Like all Indo-Europeans, we have the same genes that regulate carbohydrate metabolism. Certain “breakdowns” in these genes can increase the risk of diabetes. These breakdowns might vary from country to country, but not significantly. We can’t say that people who live in Russia have a particular genetic disposition to diabetes. In some countries, mainly island countries, the frequency of diabetes is a few times higher.

A genetic predisposition to diabetes is an unalterable risk factor that we cannot influence in any way. Therefore, all governments need to direct their efforts at eliminating the risk factors that in principle lend themselves to correction.

Are diabetes cases on the rise in Russia, like in the United States, China and India?

The fast-increasing frequency of diabetes can be seen in most countries in the world, and Russia is no exception. There are currently 382 million people afflicted with diabetes worldwide, and according to forecasts by the International Diabetes Federation, by 2035 there will be 592 million cases.

According to data by the expert International Diabetes Federation, by 2035 the number of patients in the Middle East and North Africa will increase by 96.2 percent; in Southeast Asia, by 70.6 percent; and in Europe, by 22.4 percent. If we are to believe these forecasts, that means that when it comes to the further increase in diabetes cases, Russia’s situation is not as catastrophic as China’s and India’s.

Why do these specific countries top the list of nations with the most diabetes cases? Is it connected to the specificity of the diet, a sedentary lifestyle, genetic predisposition or other factors?

The frequency of diabetes in these countries is not much different from Russia’s indicators: in China, 9.0 percent of the population suffers from diabetes (98.4 million people); in India, 9.1 percent (65.1 million); in the United States, 9.2 percent (24.4 million); in Brazil, 9.2 percent (11.9 million); and in Russia, 8.3 percent (10.9 million). These are the top five countries that have the highest absolute number of diabetes sufferers—this is based on the fact that the populations are exceptionally large.

There are countries where the frequency of diabetes is three to four times higher. For instance, on the Tokelau Islands (New Zealand), diabetes afflicts 37.5 percent of the inhabitants; in Micronesia (Pacific Ocean), 34.9 percent; on the Marshall Islands, 34.9 percent. So I wouldn’t say that in India and China there is a very high frequency of this illness.

If nondrug methods to treat diabetes have any kind of positive effect, it’s only in the first years of the illness and for a short time. We’ve known about sugar-reducing herbs for a long time. I can offer the example of the gathering of Arphasetin in Russia. There are a lot of biologically active supplements that are widely advertised and quite popular among patients, but unfortunately, they are not comparable with sugar-reducing drugs in terms of effectiveness.

Is it possible to prevent diabetes? What recommendations for leading a healthy lifestyle can you give that could significantly reduce the risk of getting diabetes?

Obesity often causes type 2 diabetes. Therefore, the set of measures to prevent diabetes can be associated with the set of measures to prevent obesity. Nowadays in many countries there is concern about the prevalence of high body weight and childhood obesity. According to data by the WHO, the childhood obesity rate in the European countries is an average of 10 percent for boys and 15 percent for girls. Furthermore, childhood obesity is a strong predictor of obesity in adulthood. Unfortunately, this problem does not always receive the attention it merits. Many adults don’t know the basics of a healthy lifestyle and healthy diet, and they pass this lack of knowledge on to their children. Therefore, as part of the charity program Alpha-Endo, we created separate recommendations for preventing obesity and diabetes among children  in order to remind parents what family health means and why it’s important. After all, all the recommendations for leading a healthy lifestyle are quite simple.

Moderate daily exercise for 30 minutes per day cuts the risk of developing diabetes by 40 percent. The minimum amount of exercise considered necessary is 30 minutes three times per week, and the optimal amount is 60 minutes per day. Walking, jogging, swimming, biking, dancing, skiing—this is far from an exhaustive list of physical activities that don’t require great financial investment. Exercise is beneficial not just for improving carbohydrate metabolism, but also for losing weight and lowering blood pressure and cholesterol, and in that way significantly extending one’s lifetime through the prevention of cardiovascular emergencies (heart attacks, strokes). You can’t imagine any other preventive methods that provide such a powerful, healthful effect without costing anything.

Equally important is a balanced diet that focuses primarily on reducing excessive body weight. Unfortunately, most people prefer to follow different diets instead of sticking to the principles of a healthy diet. These diets usually provide a temporary effect and do not make it possible to maintain a normal body weight in the long term. Also, like exercise, a balanced diet lowers the risk not just of diabetes, but also of cardiovascular diseases.

Young children are probably the only people who don’t know about the dangers of smoking. Unfortunately, there has not yet been success in dramatically lowering the number of smokers in Russia. Inevitable by-products of modern industrial society are stress and depression. I’d like to emphasize the need for a good night’s sleep. Both insufficient sleep (less than six hours) and excessive sleep (more than nine hours) are associated with an elevated risk of diabetes.

I should point out that we’ve been talking about the problem of type 2 diabetes. What we have said in no way relates to type 1 diabetes, which in its causes, development mechanisms and treatment is drastically different from type 2 diabetes and requires a separate discussion.