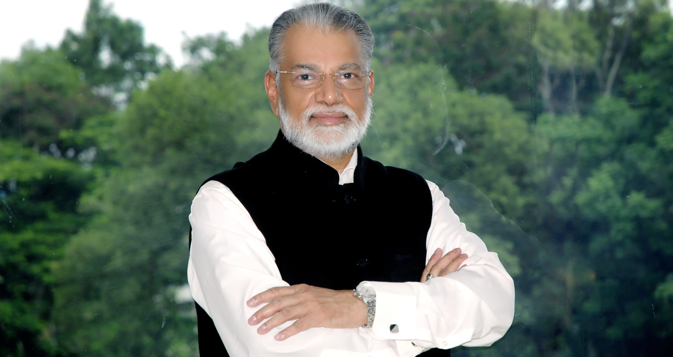 Dr. Koppillil Radhakrishnan talks with RIR about new projects of the Indian Space Research Organisation and the prospects of the Indo-Russian cooperation in space.

What are concrete bilateral projects in the space area?

In fact there has been space cooperation between India and Russia since the 1960s, and then getting into the Aryabhatta project and launch of a few satellites from Russia. We also had a good cooperation in the cryogenic engine and stage.

Currently, we are meeting soon with the Russian Space Agency in Delhi to discuss the areas for the future cooperation.

India is planning the first human space mission. What are the phases of this project?

India conducted a feasibility study during 2006 and 2007, and we were looking at a mission to put a two-member crew around an orbit around earth, keep them for a week and then bring them back safe to Earth.

Some of the critical technologies required for the Human Space Flight are being developed, and one area we are getting into soon is a flight testing of the unmanned crew model, essentially to study the re-entry characteristics.

Do you mean flight testing through the GSLV new mission?

This is being done in the first experimental flight of the GSLV Mark-III, an advanced launch vehicle that we are developing for carrying 4 tonne class communication satellites into orbit. So in the experimental flight scheduled for December 2014, that is, just a couple of weeks from now, we are putting this unmanned crew model.

Earlier India has had the first successful Mars mission. There are also plans for the second Mars Mission?

Yes, so the first mission to Mars i.e. putting an orbiter around Mars was successfully done on September 24, 2014. Our current task is to make observations using the five instruments that are onboard Mars. We are looking at the possibilities of a future Mars mission.

We have not decided whether it is going to be an orbiter or a lander but whatever we do next in this area will be a major scientific mission. Opportunities come once in 26 months and certainly we will not be able to avail for a major scientific project. So we’ll have a possibility to do this in 2018 or later.

Are there any plans for India to have its own orbital stations?

India successfully entered the market for commercial launch of satellites and became a competitor to the West. Do you feel any pressure from your competitors?

No, I am not talking about competition but PSLV has a niche in the international market. There have been several inquiries, and we have launched satellites of 19 countries so far and some of them are heavy satellites and what is in the offing for the next two-three years are also major satellites. So there is a demand for launch of such satellites by PSLV.

Are there any plans for India to enter the market for commercial launch of heavy satellites with GSLV? If yes, when?

PSLV as of now has launched 40 foreign satellites and a few more are lined up for the launch in the coming years. There are inquiries about use of GSLV also going on at the moment. Nothing is finalised but they are in the discussion stage.

Is IRNSS installation going on time? Are there any plans for its integration with any foreign navigation system, including Russian?

At the moment India has a Regional Navigation Satellite System with seven satellites in an orbit of 36000 kilometres. We have already put in the orbit three satellites. Four more are expected to be in the orbit by 2015.

We have international systems, for example GPS. So with GPS, we already have an activity here improving the positional accuracy of GPS signals and that project is called GAGAN, and it is already commissioned and certified. We are also having discussions with GLONASS and our progress in this area will become clearer after our discussions with the Russian Space Agency.

What projects in the field of space exploration does India have in store?

Space science missions are one of our priorities. So the Chandrayaan-1 and the Mars Orbiter Mission are part of that. By 2015, we are planning to have an astronomy satellite called ASTROSAT. It is a multi-wavelength observatory in space. Then we have a mission to Moon which is a lander-rover combination and then, we are also looking at the study of the solar corona that is called Aditya Mission. So these are lined up for the next three years in the area of science and exploration.

There will be in 2015 an anniversary of Aryabhata launch. Are there any plans to commemorate this event?

Yes, it is a very major milestone in India’s space science and technology and also a milestone in the cooperation between India and Russia. So we will discuss with the Russian Space Agency how to celebrate this.

India is one of the leading countries in medicine. Are there any plans to develop space medicine?

No, we are in the area of telemedicine that is using satellites for connecting a super speciality hospital with hospitals in the remote areas and islands. That is our priority at the moment.