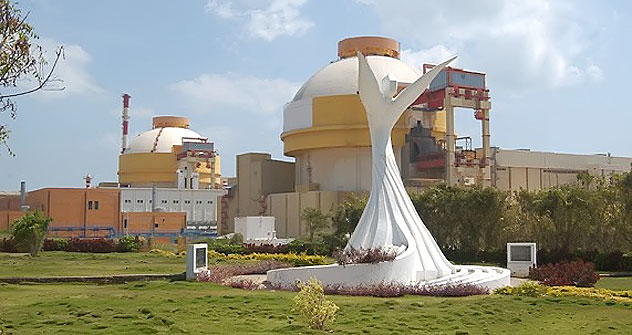 The Kudankulam nuclear power plant was constructed with the technical assistance of the Russian Federation in accordance with an inter-governmental agreement in 1988. Source: Rosatom

There is a sharp difference between the rates of nuclear energy offered by U.S. nuclear companies and the actual rate of energy produced by Russia-aided Kudankulam Nuclear Power Plant.

The rate proposed by U.S. company Westinghouse of Rs 6 per kWh, with the price increasing due to  insurance, was agreed during the negotiations between the leaders of India and the U.S., Prime Minister Narendra Modi and President Barack Obama, said a source in the nuclear industry in India.

The electricity rates for the units 1 & 2 of the Kudankulam nuclear power plant, which is being constructed with Russian technical assistance, is almost half the price of those proposed in American designs that are to be built on the Indian territory, a source in the nuclear industry told RIA Novosti. 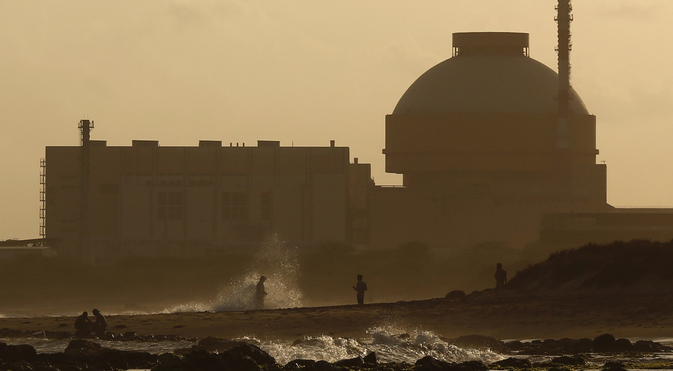 Warranty operations of the KNPP-1 to continue until year-end

"At the units 1 & 2 of the Kudankulam nuclear power plant the electricity rates are Rs 3.5 per kWh — which is extremely competitive. The rates offered by American company Westinghouse were Rs 6 per kWh and that price will increase due to insurance, to which the country’s prime minister agreed as part of negotiations with Barack Obama", said the source. According to him, within the general framework of the agreement for the construction of the units 3 & 4 of the Kudankulum nuclear power plant there are no conditions for a significant increase in rates.

During his visit to India, the delegations led by Obama and Modi managed to resolve conflicts that had hindered the implementation of an agreement for cooperation on the peaceful use of atomic energy, signed by India and the U.S. in 2006. As part of the deal, the United States has stepped back from demands for total oversight of supplied fuel and equipment. The parties also succeeded in overcoming disagreements over India’s civil liability law for damages due to an accident. Insurance for nuclear equipment suppliers will be provided by a government insurance company, GIC Re, which together with three other companies will establish an insurance pool of around $260 million. Sites for the construction of the nuclear power plant are being examined in Gujarat and Andhra Pradesh by Westinghouse and General Electric.

According to the industry source, Indian state-owned corporation NPCIL will insure the risks of American suppliers. These risks will be included in the cost of the delivery of nuclear fuel, and accordingly, the price of electricity generated at the nuclear power plant, which will be constructed by American companies, will rise. 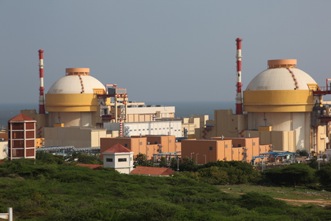 The Kudankulam nuclear power plant was constructed with the technical assistance of the Russian Federation in accordance with an inter-governmental agreement in 1988, followed by a supplementary agreement in 1998. In 2014, the Russian Federation and India signed a general agreement on the construction of the units 3 & 4for the nuclear power plant, and in December that year signed documents which enable the construction work to begin.

The first power unit at the Kudankulam Nuclear Power Plant currently has the highest capacity in India and meets the latest safety requirements. The unit was connected to India’s national energy grid in 2013. The second unit is due to be commissioned in spring 2015.

During Russian President Vladimir Putin’s visit to India in December last year, India and Russia signed a strategic document that envisages the construction in India of no less than 12 nuclear power units using Russian designs, over the next few years.