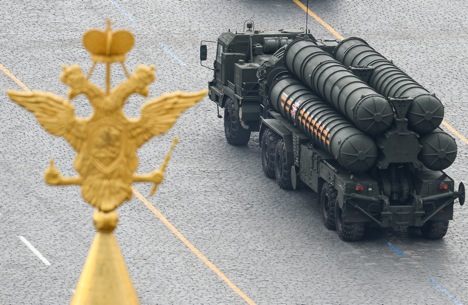 The creation of a multi-functional testing centre in St. Petersburg promises to be a game-changer for the production and efficiency of Russian anti-aircraft missile and missile-gun air defence systems.

In St. Petersburg, the testing facility for assessment of the performance of all the promising anti-aircraft and missile defence systems has been opened. This was communicated by the press service of the defence firm Almaz Antey, the developer of these systems. The construction of the Northwest Regional Production and Technical Center, which will concentrate on producing the latest air defence systems, including S-350, S-400 and S-500, is nearly completed. Russian air defence systems will be assembled here as well.

The creation of a multi-functional testing center has become a necessity. Previously, before launching air defence systems into production, they were subjected to a slew of important tests. But for every new product its own programme of required tests was being developed, and then the matter of where and how to hold them was decided upon. After the consolidation of all developers of army and object air defence into a single concern, it was only logical to develop a unified programme of mandatory tests with unbiased evaluation of the results.

Naturally, the mechanical loads experienced earlier by mobile BUK, OSA, TOR and other systems, protecting the troops from air attacks during the march or in battle, were not comparable with the loads on the S-200 and even S-300P. The first ones were always on the move, while the second were on stationary positions, protecting ground targets.

In the new century, the approach to air defence has changed. All missiles have become highly mobile and versatile. Accordingly, all air defence systems are now experiencing almost the same level of shock and vibration loads. In addition, as early as the 1990s, the sales boom of Russian air defence systems had started and it continues to this day. The S-300s and the TORs are now being operated both in tropical conditions and in deserts. And considering the need to protect domestic arctic spaces, it became necessary to check the efficiency of air defence systems in harsh winter conditions as well.

That's why bringing the tests of various types of anti-aircraft missile and missile-gun air defence systems to a single standard is more than justified.

The new testing facility consists of four sections spread over an area of 5000 square meters. The facility allows to conduct almost any kind of mechanical and environmental tests with recreation of the conditions of any world location where the Russian air defence systems may appear.

The section for climatic testing of bulky products contains special shielded rooms with two chambers of 2000 and 1900 cubic meters. These are the only chambers of a kind in our country. Any climatic conditions that exist on the planet can be simulated in there: from mountain peaks, desert heat and tropical humidity to the sub-zero Arctic cold. There are also chambers less bulky for testing medium-sized products.

The chambers are equipped with special manipulators, produced in Russia, by the way, allowing to perform the necessary operations with the equipment under testing without interrupting the test or entering the chamber. This is necessary to evaluate, for instance, the possibility of regular recharging of air defence missile systems in the conditions of heat or cold, without violating the temperature regime.

Two sections are designated for conducting mechanical tests. There is a centrifuge that allows for creating all possible linear accelerations both for ground equipment, and for missiles. These are the sections where the products will be tested for impact resistance, vibration and pressure differential.

The testing center will reduce the number of claims for sold products several times and to create advanced systems designed for particular climatic conditions.

The article is abridged. Read full version in Russian in Rossiyskaya Gazeta.