For India, Russia is ready to replace Rafale with Su-30MKI - Rosoboronexport 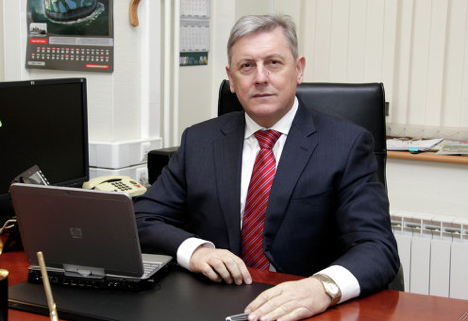 In this interview with RIA Novosti, Sergey Goreslavsky, head of the Rosoboronexport delegation at the Aero India-2015 being held in Bengaluru, speaks about important issues in the field of military-technical cooperation with India and expressed confidence that Russia is ready to supply India additional Su-30MKI fighters in case the Rafale deal does not go through.

Is it possible that India, instead of the French Rafale fighters, will purchase from Russia Su-30MKI, which the Indian Air Force has been successfully using these past years? Has the contract, signed in 2012 to supply Su-30MKI fighter jets, been fulfilled?

This is a question for India’s Ministry of Defence. If additional Su-30MKI fighters are needed, then we are ready to work on developing such an agreement. For this, we need to have a request from the Indian side. As for the execution of the current contract on the supply of equipment for licenced aircraft assembly, everything is being carried out strictly in accordance with the agreed schedule (41 complexes already delivered under this contract). To date, the HAL Company has produced and handed over to the Indian Air Force 14 aircraft. And in 2015, the military will receive four more planes.

What share does the Russian Federation have in the project involving the creation of India’s own aircraft carrier – the Vikrant? Are there plans to sign a contract for the purchase of Ka-31 helicopters for the Vikrant?

In 2006, we signed a contract for the development, design, and installation of aviation hardware on the ship, which was fulfilled in 2009. After a request from the Indian side, in 2011, we concluded a general contract for the provision of technical assistance in equipping the ship with avionics and technical instrumentation. It includes the supply of all necessary equipment and its installation on the vessel, testing, and so forth. Work under this contract is being conducted now, and this year we plan to sign an additional agreement to supply equipment.

As for the possibility of supplying Russian helicopters for the Vikrant, I can say that this issue has not been discussed yet. We are ready to offer Ka-31 helicopters with advanced characteristics. Today, the Indian Navy is successfully operating earlier versions of these aircraft, and so the purchase of new helicopters would be the next logical step.

At what stage is the work on establishing a joint Russian-Indian fifth-generation fighter jet – experimental design work or research and development (R&D)? When can we expect to see the creation of the first prototype?

The work on the creation of a joint Russian-Indian fifth-generation fighter is being carried out in accordance with the provisions of an intergovernmental agreement. We have already completed the first stage, involving the development of conceptual and technical designs. Now we are concluding negotiations on a contract for the subsequent stages, including the development of design documentation, the construction of prototypes, as well as testing and certification. The technical questions, for the most part, have all been resolved. And now we are working on finalising the commercial contract terms.

At what stage is the work on the creation of a joint multi-role transport aircraft (MTA)? When do you plan to sign a contract for the experimental design work?

In accordance with the general contract signed by UAC-TA OJSC and HAL, on the one hand, and the JV MTA Ltd on the other hand, this is a two-stage project. The first stage involves the preliminary design, during which we determine the abilities to perform the tactical and technical specifications, and identify the key requirements for the systems. The second stage – this is the development work. The first stage has already been implemented, now the parties are planning their move to the second stage, and concluding an agreement to carry out experimental design work.

When will the option, signed in 2012, to supply an additional batch of Mi-17V-5 military transport helicopters under a 2008 contract, be implemented?

We plan to complete the delivery before the end of this year. In addition, we discussed with our Indian partners the possibility of concluding an agreement for the purchase of one more batch of Mi-17V-5.