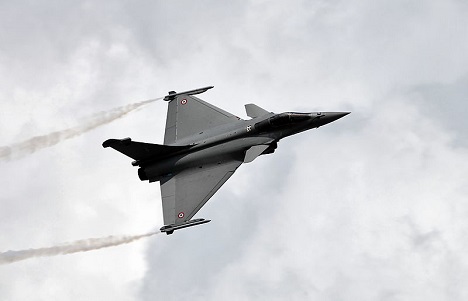 The main reason for the possible refusal of India to buy the Rafale has been the price of the entire deal. Source: Vitaly Kuzmin / wikipedia.org

Amid speculation in the Indian media about India planning to abandon its plan to purchase 126 Rafale multi-role fighter jets, Russian experts analyse reasons for possible rejection of the prized deal and outline viable alternatives that will effectively meet the needs of the country’s military apparatus.

The French fighter jet Rafale was chosen by India’s Ministry of Defence through the tender for an MMRCA (medium multi-role combat aircraft), which resulted in the planned purchase of 126 aircraft at a cost of $10 billion. Besides Rafale, the fighter jets Typhoon, developed by the EADS Concern, the Gripen by the Swedish company SAAB, the American F-16 and F/A-18E/F Super Hornet, and the Russian MiG-35 were other contenders which participated in the tender.

The Rafale won, reportedly due to the lower purchase price of the aircraft. However, later it turned out that the life cycle cost of the French fighter would be much higher, and the final price of the contract for 126 jets threatened to exceed $20 billion.

The main reason for the possible refusal of India to buy the Rafale has been the price of the entire deal. Moreover, experts stressed that the French were willing to sell only ready-made machines, with technology transfer being out of the question. Another factor that could adversely impact the Rafale sale to India was the unpredictability of the French in performing their contractual obligations, given the recent failure to deliver the Mistral to Russia.

“At the moment, the situation has not been developing in the best way for the Indian Air Force,” Konstantin Makienko, deputy director of the Center for Analysis of Strategies and Technologies (CAST), told Lenta.ru in a recent interview. “Even if the contract to supply the Rafale is eventually concluded, it threatens to entail enormous costs for India – about $20 billion, and possibly more, while the fleet would turn out to be obsolete upon delivery. In 2015, choosing a fourth generation platform can only be looked at as an interim solution. The long-term goal must be a fifth-generation platform.”

In an interview with TASS, Dmitry Shugaev, deputy director of the state corporation Rostec, said that, first of all, the most important reason for India’s possible refusal to buy the Rafale is connected with the reluctance of France to sell its technologies.

“Today, simply selling a particular product in India is rather problematic – as the country also wants to set up joint ventures and joint laboratories,” said Shugaev. “All want to have modern weapons, weapons of the new generation, they all want new technologies – this being a global trend.”

The high price, and to some extent, the refusal to transfer production technologies, as well as the now undermined reputation of France in its deal with Russia for the supply of the Mistral ships, may all be reasons for India to abandon its contract for the purchase of the Rafale fighter – in favour of the Russian Su-30MKI, military expert Victor Murakhovsky mentioned in an interview with the portal russianpulse.ru.

"First of all, this fighter jet is really overpriced. Secondly, the French would not agree to transfer some of their technologies, which would allow for partial assembly, and then the subsequent production of components at Indian companies,” said the expert. “Moscow has proposed a modernised version of the Su-30MKI, in which a significant proportion of components would be produced in India, and in the future, assembly would be organised at Indian aviation companies. This interested the new government, including the new defence minister.”

The expert also believes that the key reason in the possible rejection of the Rafale, is India’s demands for technology transfer and a technical change in the appearance of the aircraft, including using equipment produced in India. Secondly, he says, there are the difficulties associated with the Dassault Aviation Company – “the French company is very unyielding, even, perhaps one could say, an arrogant partner, something which has already created a lot of problems for this firm”. Thirdly, the expert mentioned the difficulty at reaching an agreement on the price. “The Indians are very tough negotiators, pushing the seller to reduce his prices, but Dassault, for its part, is not inclined to give in, and as time goes on, the prices keep going up.”

Finally, according to him, there is a significant difference in the approaches used by the Indian Air Force and that country’s manufacturing sector. While the IAF might be interested in getting a new aircraft model, the Indian aircraft manufacturer, the HAL Company, feels comfortable in the Sukhoi/Irkutsk technological environment, to which it became accustomed to during the development of production facilities for the Su-30MKI and their gradual localisation. 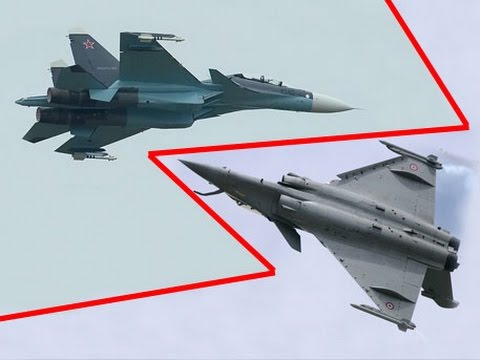 What is the alternative to Rafale? A key element in any alternative solution, says Makienko, should be the abolition of the actual MMRCA tender, which today has lost all military and technological sense. After that, a “binary option” is possible: First of all, India must close the ‘“window” to prevent its Air Force from lagging behind. They can do this by purchasing 60-70 Su-30MKI aircraft, supplemented by additional MiG-29s from the MiG Corporation, in the new UPG configuration, and not the modernised old machines, but airplanes of a new construction, as well as the acquisition of some second-hand Mirage-2000s, for example, from the UAE. This will allow the country to solve its problem in the “here and now”, at a cost of about $10 billion.

In the future, the Russian expert argues that India needs, in addition to the FGFA project, to come to grips with a light/medium fifth-generation fighter (AMCA), possibly making this an international undertaking.