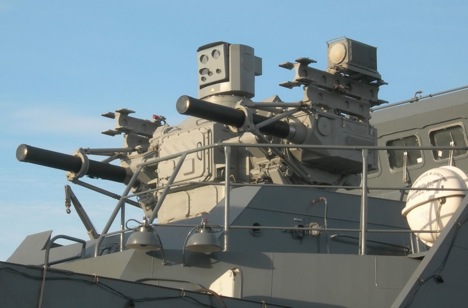 Russia’s Nudelman Kbtochmash is gearing up to offer foreign clients not only the supply of new air defence complexes, but also help in their modernization. Moscow is exploring the possibility of exporting air defence systems to Asia, Middle East and Latin America.

The list of countries that may get the Russian air defence missile artillery complex Palash (export name “Palma”) will soon be expanded. According to Sergei Ignatov, director for external economic relations at Nudelman KBtochmash (developer of the complex), they are currently considering the possibility of supplying the air defence systems Palma and Sosna (Pine) to countries in the Middle East, Asia, and Latin America.

“We are ready not only to provide the new export anti-aircraft missile systems Sosna, but also to upgrade the around 500 previously supplied Strela-10 systems, on which work can be carried out in the Russian Federation or in the country of the potential customer,” Ignatov told TASS News Agency.

According to Ignatov, the UAE, Egypt, and Algeria have already expressed their interest in these anti-aircraft missile systems.

“Armour” for the poor

The key principle in the design of the Sosna complex is high-performance low-cost short-range air-defence missile system. The complex is easier to use and cheaper than its main competitor, the Pantsir-S anti-aircraft missile system, but has comparable combat characteristics. 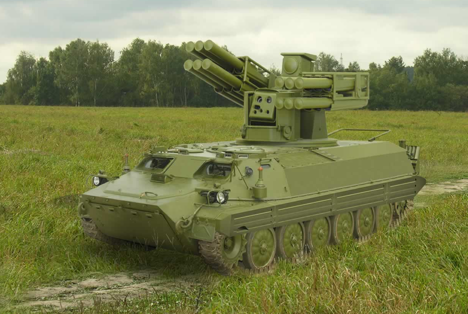 The Sosna was first presented to the public in 2013.  According to the developers, the complex “is designed to protect military units and operate in all kinds of combat operations, including on the march, from air attacks and reconnaissance of potential enemy positions. The anti-aircraft missile system can bring down targets at any time of the day, in the fog, in rain, and is not afraid of active electronic countermeasures.”

The Sosna can reach targets 10 km away and at an altitude of 5 km using the light Sosna-R anti-aircraft rocket (speeds up to 900 m/s).

The complex has not yet passed all state tests, which should be completed by mid-2015. They are also looking at the possibility of adopting the system to be carried by Russian combat aircraft.

Despite the fact that the Sosna is not yet being used by the Russian Army, the complex has great prospects in overseas markets.  Given that Sosna was created by a very in-depth and thorough modernisation of the Strela-10 complex, currently operated in 20 countries around the world, its prospects in the domestic and foreign markets are very high, according to Said Aminov, editor-in-chief of the journal Vestnik PVO (Defense Bulletin).

On land and on sea

The ship-based rocket-artillery complex Palma is another effective solution to protect the borders, allowing the “shoot-down” of enemy cruise missiles on their approach, in those cases where the anti-aircraft missiles are already powerless.

According to Ignatov, thanks to its flexible design, the complex can be placed on board ships being exported by Russia, and is being offered to military units of the customer as well as for providing security for ports or strategic assets.

To search for and track targets, the Palma can be integrated with a ship’s radar systems.  In addition, it has its own optoelectronic control station, which can detect and automatically follow an “airplane” target at ranges of up to 30 km. The range for capturing and shooting down cruise missiles is 10-12 km.

However, in contrast to its “terrestrial brother,” which is not yet 100% ready, the Palma has not only already been supplied to other countries (Russian Project 11661 Gepard (Cheetah) corvettes, delivered to Vietnam, are armed with this system), but serves on board Russian Navy ships as well.  In the future, this complex will be installed on the latest Russian frigates of Project 22350.