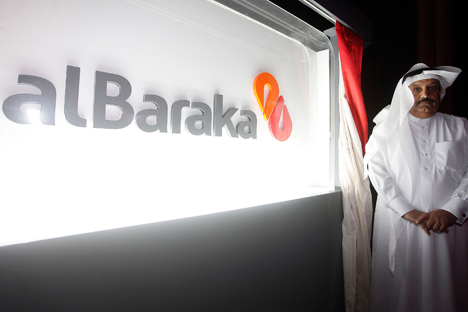 Al Baraka and Al Shamal are actively looking for partners in the Russia. Source: Reuters

As Western banks limit their Russian exposure, opportunities open up for other market players.

Russia is attracting new interest from Islamic banks as Western credit institutions leave the market. Two major Islamic banking institutions, Al Baraka and Al Shamal, announced that they are actively looking for partners in the Russian market at a recent banking summit. Working with a local partner will allow them to operate legally in Russia while continuing to follow the main tenets of Sharia law.

‎Abdul Rahman Al Baker, executive director of financial institutions supervision at the Central Bank of Bahrain, told Russian business daily Kommersant about the interest of the banks at the Islamic Investment Summit in Bahrain.

According to Al Baker, these banks have been interested in the Russian market for a long time, but opening branches independently is complicated by Russian laws that do not allow Islamic banks to operate in compliance with Sharia rules.

"Under such circumstances, these banks are now negotiating with the Russian credit institutions to enter their capital and access the Russian market," Al Baker said. "Their main area of interest is corporate financing, which may be conducted under the Russian rules, but only in certain areas of business (excluding financing gambling, alcohol, pork production companies, and so on)."

The First Vice-President of Al Baraka Bank, Khalid Al Qattan, confirmed that negotiations were taking place with several Russian banks, although a final agreement has not yet been reached.

Lenar Yakupov, who is an advisor to the prime minister of the Republic of Tatarstan, which is majority Muslim, also confirmed the interest of Islamic banks in Russia. "Now, indeed, a number of Islamic banks are closely negotiating on entering Russia through local partners,” Yakupov said.

Al Baraka Banking Group is headquartered in Manama, Bahrain, and operates in the Middle East, Asia, Europe and Africa. Is the fourth-largest Islamic bank. The Al Shamal Islamic Bank of Khartoum is one of Sudan's largest banks and one of the leading Islamic banks in North Africa.

According to Ahmad Ali Al-Madani, president of the Islamic Development Bank (IDM), progress on the move of Islamic banks into Russia is expected in June, when he will visit Moscow and meet with a number of Russians in the industry, including head of the Russian Central Bank Elvira Nabiullina.

"More than 20 million Muslims live in Russia; there exists a natural environment for the development of Islamic banks there," said Vivian Jamal, the Executive Director of Business Development of the Bahrain Economic Development Board.

According to a source familiar with the situation, Islamic banks are not interested in small Russian banks in the Russian regions with majority-Muslim populations, but in the top 20 banks working at the federal level, which may make negotiations more difficult.

This text has been abridged from the original, which can be read in Russian at Kommersant.