Russia ready to lease a second nuclear submarine to India 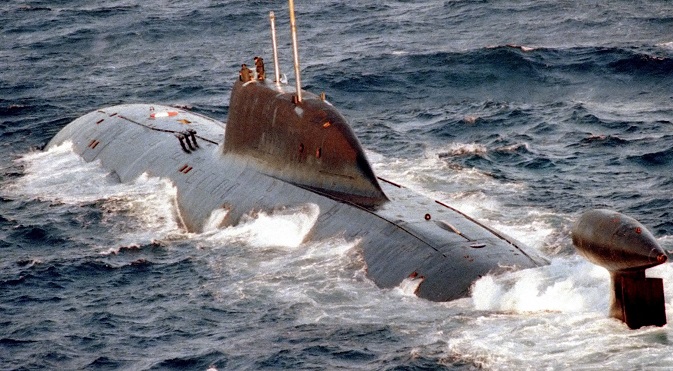 The K-322 Kashalot of Project 971 Shchuka-B might be a second Russian submarine leased to India for ten years.

Russia is ready to lease a second Project 971 Shchuka-B submarine to India for a period of ten years, a source in the shipbuilding industry told Interfax-AVN on Friday.

The decision has been made on leasing a second nuclear submarine, remarked the source. That may be K-322 Kashalot or another submarine of the Chakra class, he said.

The submarine will require profound modernization consistent with wishes of the foreign customer.

The submarine will be customized by the Amur shipyards. Modernization and testing of the submarine and training of the Indian crew will take three years. The Kashalot will be transferred to the Indian Navy in 2018, the source noted.

Russian shipyards prepared a Project 971 Nerpa nuclear-powered submarine for transfer to the Indian Navy in an earlier period. That submarine was leased for ten years at a price of $980 million. The acceptance document was signed in December 2011 and the submarine named the Chakra joined the Indian Navy on April 4, 2012.

The fact that India was considering the possibility of renting another Project 971 submarine came to light in December 2014. That is when the Indian Defense Minister Manohar Parrikar said that his ministry was considering two options: the extension of the lease on the Chakra K-152 “Nepra” Class Project 971 submarine or renting a second ship of this project – the “Shchuka-B”.

The Kashalot submarine of Project 971 Shchuka-B belongs to the third generation. The submarine has a submerged displacement of 12,770 tonnes, a submerged speed of 30 knots, a depth capability of 600 meters, sea endurance of 100 days and a crew of 73 men.