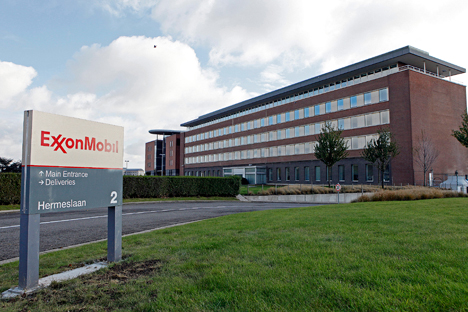 ExxonMobil has a 30-percent stake in the Sakhalin oil and gas project. Source: Reuters

American ExxonMobil has filed a tax claim against Russia. The company says that for the last six years it has been paying taxes at a higher rate than necessary. The overpayment may amount to hundreds of millions of dollars. Experts believe that other international participants of the Sakhalin-1 project may now follow suit.

American oil giant ExxonMobil is demanding that Russia reduce its income tax rate for the Sakhalin-1 project off Russia’s Pacific coast from 35 to 20 percent and return tens of billions of overpaid rubles (hundreds of millions of dollars). According to the Kommersant newspaper, the American oil company is also threatening to file a lawsuit with the Arbitration Institute of Stockholm.

The issue first arose in 2009, when the tax rate was lowered to 20 percent. However, participants in the project continued to pay income tax of 35 percent based on the original agreement signed in 1995, despite the new rate.

"Income tax in the Russian Federation is 13 percent and another 22 percent is paid to the Sakhalin Region, unless rates are reduced by corresponding laws, decrees or regulations introduced later,” explained Deputy Finance Minister Sergei Shatalov in a letter.

ExxonMobil has a 30-percent stake in the Sakhalin oil and gas project. The other shares belong to the Japanese company Sodeco (30 percent), India’s ONGC (20 percent) and Russian oil giant Rosneft (20 percent). The project is based on a production-sharing agreement.

"The Americans' claims are justified because when the tax rate for the project was established, it was announced that it might be lowered in the event of a future change to the corresponding legislation," says Yelizaveta Belugina, a leading analyst at the FBS brokerage company. "And since the change has occurred, ExxonMobil has the right to be compensated."

However, Begunina believes that sanctions have also played a role in this story. "The company tried to lighten the tax burden in 2009, but lobbied its interests rather weakly. The rhetoric strengthened only after the introduction of anti-Russian sanctions."

ExxonMobil's cooperation has by and large been frozen as a result of the sanctions, with the company estimating its losses in Russia at $1 billion. As Kommersant points out, "ExxonMobil's management is now faced with the challenge of reducing costs and closing old stories."

"The chances of the American partners winning are very high," says Boris Fedosimov, General Director of the international Business People Consulting Group. "But most likely ExxonMobil will be compensated only for the last three years due to the statute of limitations."

Yet, the American company's claims could become a precedent for similar demands from the other Sakhalin-1 partners, such as Japan’s Sodeco and the Indian company ONGC, says Mikhail Krutikhin, a partner at the RusEnergy consulting company.

ExxonMobil President Rex Tillerson arrived in Moscow on March 19. He met with Russian Energy Minister Alexander Novak. It was a closed meeting, after which Novak said that Russia was still interested in working with ExxonMobil.

Why the increased rates?

Besides the Sakhalin-1 project, there are two other projects that are based on the production-sharing agreement (PSA): Sakhalin-2 (which features the participation of the Dutch-British company Shell and a consortium of Japan’s Mitsui and Mitsubishi) and the Kharyaginsky project (with the participation of France’s Total and the Norwegian company Statoil). Each agreement contains its own fiscal conditions, which include the income tax rate that was in effect at the time of signing the agreement.

The tax rate for the Kharyaginsky project is 35 percent (the agreement was signed in 1995, as was Sakhalin-1). The Sakhalin-2 project has a 32-percent tax rate (the current rate in 1994, when the agreement was signed). In 2010 the contractor for Sakhalin-2, Schlumberger, tried to reduce the rate via a lawsuit. But at that moment Russia had already lowered its tax rate to 20 percent. In the end the court refused to review the case.