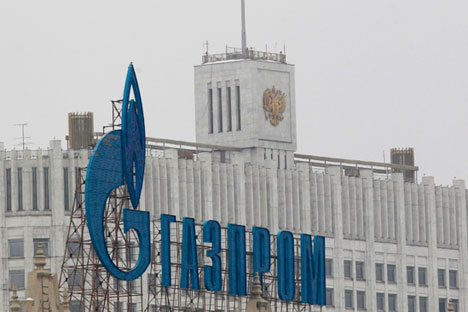 By 2019, the Gazprom Company is planning to stop all transit of natural gas through Ukraine. Source: Reuters

The Russian gas monopoly Gazprom has, for the first time, threatened to stop the supply of natural gas to Europe, if the Turkish Stream Pipeline Project should be disrupted. With the completion of this project, the Russian authorities are hoping to end the transit of gas through Ukraine.

The Russian gas monopoly Gazprom has, for the first time, threatened to stop the supply of natural gas to Europe, if Turkish Stream Pipeline Project, going under the Black Sea from Russia to southern Europe, should be disrupted.

“We will take such a step, if they force us to do so”, said Alexey Miller, head of Gazprom, during a conference in Berlin, a report in the Russian business newspaper RBC-Daily stated. According to Miller, the European Union is unilaterally trying to shift all the risks to the gas supplier, creating great difficulties for Gazprom.

“Europe must give a clear-cut and categorical answer – does it need this resource base or not,” Miller said. According to analysts, Russian authorities and Gazprom’s top management had earlier insisted they would never violate their contractual obligations to European customers.

In response to EU moves

According to Dmitry Baranov, leading expert at Finam Management, one of the reasons for the strong statements from Gazprom was the creation of a European energy union. In March 2015, EU leaders endorsed the European Commission’s proposal to create such a union. As a result, the European Commission will be able to directly influence commercial agreements on gas supplies, including Gazprom contracts.

Until now, European consumers negotiated individually with suppliers, and the terms of commercial contracts were strictly confidential. As Miller’s statement indicates, the EU is trying to get away from mutual interdependence in its relations with Russia, as has been the way of doing business under long-term contracts over the last 40 years.

“If the European Commission wishes to establish a single import price for gas, this will definitely not be the lowest such price at which we supply gas to Europe now,” Miller said.

The creation of a new energy union is also creating risks for the new pipeline project.

“It is these risks to the Turkish Stream Project that forced the Head of Gazprom to make such a statement,” said Baranov.

According to Ilya Balakirev, chief analyst at UFS IC, “just like before, this is one more attempt to get the EU to address the potential problems in natural gas transit through Ukraine.”

By 2019, the Gazprom Company is planning to stop all transit of natural gas through Ukraine. To do this, they plan to build the South Stream gas pipeline, with a capacity of 63 billion cubic meters, under the Black Sea, from Russia to Bulgaria, and then to countries in Southern Europe, including the Balkan countries.

However, under pressure from the European Commission, Bulgarian authorities blocked this project, since it did not meet the requirements of the Third Energy Package. According to this law, one party cannot be both the supplier and the owner of the infrastructure. At the end of 2014, Gazprom decided to cancel the South Stream project, and announced the construction of a similar pipeline to Turkey – the Turkish Stream Project.

“If the situation should evolve in a negative way for the monopoly, Gazprom could lose a significant portion of the European market, even though talk of the company being completely superseded by Iran is quite premature,” said Balakirev.

According to him, in the long term, over the next five years, Europe cannot completely abandon the use of Russian natural gas. However, Russia also cannot safely leave the European gas market, despite all the threats. Either way, both parties will have to negotiate, Balakirev said.

“During the past few decades of cooperation with Europe, Russia has proved that it is a reliable supplier, and has also demonstrated that the European market is important for the country,” said Baranov.