Opportunities for bringing Russian and Indian businesses closer together 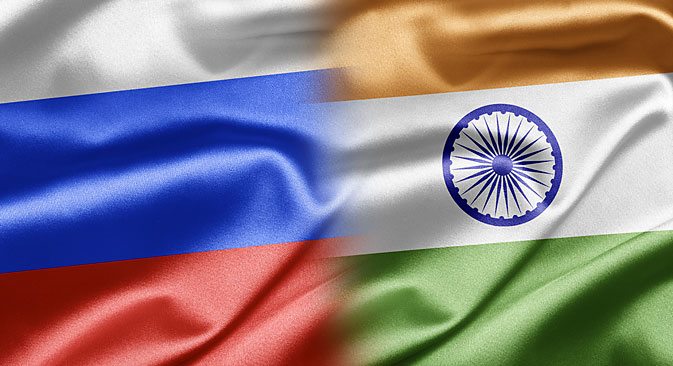 The wide range of Indian consumers will remain main motivations for Russian businesses in the near future. Source: Shutterstock

The potential for economic cooperation between Russia and India has not been realized to the full extent and provides ample opportunities for business.

Russia’s BRICS presidency in 2015 encourages reflection not only on the political significance of this association, but on its economic substance and potential as well. In this respect, we need to consider the possibilities and prospects of economic integration among the association’s member countries that would be able to create a more attractive business environment.

One such condition is the bilateral work being done to bring the economic systems of the individual member-states closer to one another. The convergence of economies could provide an opportunity for this, inter alia, within the framework of other efforts to establish a free trade area (FTA) with India, which was proposed by the Indian Ministry of External Affairs in March 2013. What makes the Indian market attractive for domestic Russian businesses, and what benefits can the Russian private sector gain from the convergence of the two economies?

We can single out a number of economic incentives that encourage countries to participate in the integration process. First, these processes make it possible to lift tariff and non-tariff barriers to international trade which hamper the efficient use of resources. The second incentive is related to redistribution capabilities that the parties acquire due to the division of labor and industrial cooperation. Macroeconomic barometers, such as GDP and volumes of trade and investment allow us to estimate how far the Indian and Russian economies have advanced in terms of bilateral integration.

The summarized index for evaluating interstate differences is GDI (gross national income) per capita. Since 1991, India has been in the top ten countries of the world in terms of economic growth. Despite the decline in this figure to 4.4% in 2014, the Indian economy has shown accelerated development in its service industry, as well as a recovery in its agriculture sector. Moreover, economic growth in 2015 is expected to reach 6.2% due to an increase in industrial production and new investment projects. As a result, the OECD forecasts that in 2031-2050, India will demonstrate the world's highest average annual level of productivity growth, namely 3.8%.

Final consumption expenditure in India has increased significantly following the global economic and financial crisis in 2008-2009, and in 2013, it surpassed the corresponding figure for Russia (819.31 billion dollars).

Despite the similarity of indicators demonstrating the share of R&D funding in GDP (in 2014, this figure was 1.5% in Russia and 0.9% in India), the trends of funding research and development in the two countries are on different paths. Before 2008, R&D spending in the BRICS countries was higher than in other countries with similar incomes. Since 2008, India has dramatically increased its investment in the development of science, while Russia has significantly reduced relevant expenditures down to the level of 1981. Due to these changes, the innovative systems of both countries are now more than 60% dependent on public funding.

As far as investment cooperation is concerned, before the liberalization of India’s investment policy in 1991, many sectors of the Indian economy (in particular, telecommunications, banking, insurance) were closed to foreign investors. Currently, the state is reducing its participation in a number of industries, while sectors such as agriculture, mining, oil refining, management consulting, pharmaceuticals, and steel production have become completely open to foreigners.

The modernization of investment regulation has had a beneficial impact on the Russian-Indian investment cooperation. In 2012, the volume of Russia-India investment projects in energy, metallurgy, aerospace, pharmaceuticals, petrochemicals and telecommunications amounted to about $537 million dollars. The package of contracts signed by the parties in December 2014 opens up new opportunities for domestic corporations in the field of nuclear energy, in the aircraft industry, as well as in the extraction of commercial minerals (hydrocarbons and precious stones).

Despite the size of India’s economy, the country’s share in trade with Russia is insignificant. Accordingly, the share of our country in India’s exports and imports does not exceed 1%. The structure of Russia's trade with India as a whole has not changed over the last ten years. Russia continues to export precious stones, engines, and nickel and to import products from the pharmaceutical industry, transmission equipment, and flat-rolled products.

India’s current account and budget deficits account for the weakness of the country’s position in trade. Nevertheless, we note the steady growth of bilateral trade. In 2013, Russian exports to India amounted to 6.9 billion dollars, while Indian imports to Russia were a little over 3 billion dollars.

These macroeconomic indicators do not underlie the importance of trade and economic cooperation and the closeness of the economic systems of Russia and India. The opportunities for integration and for the facilitated access of Russian business to India’s markets appear to be within the realm of institutional convergence, which can contribute, inter alia, to the emergence of new forms of production.

Institutional convergence reflects the quality and speed of drawing economic systems together, and is determined by such factors as the regulation of competition, public procurement procedures, and protection of intellectual property rights, as well as the following of customs procedures and of technical requirements. These are the factors that open up opportunities for Russia to enter the Indian markets.

Over the past five years, the Government of India has taken a number of initiatives to modernize the system regulating intellectual property rights protection. An increased level of computerization through online filings of trademark and patent applications as well as the computerization of the process for registering intellectual property by creating databases have been the major achievements in this sphere of activities during this period.

The obstacles to the full convergence of the Russian and Indian regulatory systems in this area are minimal due to the high degree of harmonization of Indian legislation with international law on the protection of intellectual property rights. The Russian legislation does not create insurmountable barriers for Indian businesses either: in accordance with the international treaties signed by Russia, foreign persons and entities enjoy the same rights as Russian ones.

However, Indian legislation requires that foreign applicants for IP rights from countries outside India must file patent, trademark and design applications either personally or through their official representatives (there is no remote registration procedure for such cases). This, as well as differences in regulating and ensuring the protection of intellectual property rights for pharmaceutical industry products may become a barrier to convergence. For example, in India, a new substance should differ significantly from existing substances and already known chemicals.

As the traditional area of collaboration with foreign partners, the military-industrial complex, telecommunications, and civil aircraft building appear to be the most obvious sectors for integrating Russian companies’ into the Indian market of public procurement. However, these opportunities are not quite obvious and are associated with a number of barriers. The main barrier is the observer status of Russia and India in relation to the WTO Public Procurement Agreement. Upon accession to the WTO Agreement on Public Procurement, the governments of the parties must ensure the provision of equal conditions for both foreign and domestic producers.

Another barrier to the participation of Russian companies in the Indian public procurement market is the demand of India's national legislation to transfer 20% of the work volume under the contract to small and medium size enterprises (SMEs) if the SMEs’ tender price is 15% higher than the price of the winning bid. In this case, the key risk is the lack of predictability in identifying partners and concluding agreements with them on forms of cooperation within the framework of the project.

Despite the transparency of India’s Competition Act, further integration of the parties will be determined by a number of factors. The increased presence of Russian companies in the Indian market is quite feasible, as the Indian statutory regulations in the field of competition policy set up almost the same terms for both Indian and foreign companies, offering them equal access. As for opportunities for entering markets, the most protected sectors are insurance, defense and electronic commerce, where the percentage of shares owned by foreigners cannot exceed 25%. At the same time, the air carriage sector appears to be one of the most open: foreign companies occupy about 70% of the market.

The technical aspects relating to the settlement of customs issues, and the application of sanitary and phytosanitary (SPS) measures, play an important role in determining the terms and intensity of economic cooperation between Russia and India. The technical requirements and customs procedures do not create high barriers for Russian producers, since about 84% of the Indian Standards are identical to regional and international ones.

The SPS requirements do not generally present insurmountable difficulties. As of today, the Government of India has adopted food standards that are largely in line with international requirements and standards. Pork importers face more rigorous requirements than others, as they have to submit a certificate confirming the compliance of their products with technical requirements.

The potential for economic cooperation between Russia and India has not been realized to the full extent and provides ample opportunities for business. Integration of Indian law into the international legal system provides, on the whole, a high degree of correlation between the Russian and Indian regulatory systems, which affects a number of issues concerning business operations. To further enhance cooperation between Russian and Indian companies, it is systemically important to apply efforts in the following areas.

First, the Indian market has not completely satisfied its demand for Russian power equipment and aircraft as well as for natural resources, such as liquefied natural gas, fertilizers, and coal. At the same time, the Russian market, especially during the period of the country’s economic crisis, needs Indian agricultural goods (primarily meat products), as well as the products of the pharmaceutical industry.

Second, economic integration should be accompanied by not only lifting the parties’ trade tariffs and non-tariff restrictions, but by work efficiently on the establishment of value-added chains as well. For example, governments can encourage businesses to develop joint production and conduct research and training through creating specialized bilateral working groups involving stakeholders.

Third, it is important to establish relations at the level of private business and private contacts. It is particularly this aspect that accounts for the current effectiveness of cooperation between India and the US, which is testified to by the volume of bilateral trade, amounting in 2014 to 66.9 billion dollars. Trade missions should intensify their work in this direction and act as advisers and intermediaries between private companies.

Attaining the above-mentioned goals appears quite feasible in the medium term. The wide range of Indian consumers, their rising incomes, as well as political support and economic cooperation, including on the BRICS level, will remain main motivations for Russian businesses in the near future. However, the peculiarities of state regulation arrangements can become significant barriers to cooperation between the parties. The development of systems for export insurance and public-private partnerships, accompanied by the liberalization of access to national markets of the parties within the free trade area, can add a new impetus to cooperation between business structures.