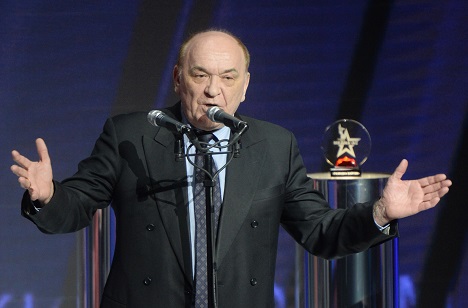 The Indian decision to buy 197 ‘Kamov’ helicopters from Russia is a good one, because the machine is superior. It also indicates that Indians perceive the Russians as reliable, long-term partners, expert Viktor Baranets says.

The decision to purchase 197 ‘Kamov’ helicopters shows that the Indians perceive the Russians as reliable, long - term partners, and that they have learnt from the episode with the ‘Mistral’, believes military analyst Viktor Baranets.

"This is a unique machine. The Indians were very exacting during the tendering process, checking its tactical and technical characteristics. This is a modular, multi-functional aircraft: it can be used in fire-fighting and emergency situations, by commandos and by medical staff. It can be easily modified for necessary tasks. The Indians placed a high value on this,” said Baranets. “Also, the helicopter’s other characteristics; speed, height at which it can fly, flight controls, reliability and engine capacity; were superior to the others, including the helicopters from the French-German concern. The Indians have made the right choice", Baranets, said in an interview on Radio Sputnik.

According to Baranets, military-technical cooperation between the two countries is only going to become closer in the future.

"We will continue to strengthen and enhance our relations with India’s military-industrial complex which, incidentally, is at the forefront in a number of fields, particularly in electronics. Whatever people are saying, in the region, India is in a very strong position,” he said. “No wonder that we turned to them to make the internal parts for our newest T-50 fighter, and the Indians have made a world class product", Baranets observed.

Baranets is certain that India’s decision was influenced by its history with the ‘Mistrals’.

“It has affected them twice. Initially, India wanted to buy a large batch of French fighters. And when the French and Indians were almost shaking hands on the deal, the Indians learned that France has taken such a provocative, I would even say vile position on the "Mistral”, that India’s leaders openly said that we do not need such a partner,” he said. “When the tender started for a helicopter, then, of course, this factor was also taken into account by the Indians.”

“I must say that India looks into the very long term, and it is banking on Russia as a long-term partner: India has ordered our anti-aircraft missile systems and they are negotiating the purchase of Sukhoi fighter planes. Our newest T-50 fighter is, in fact, a Russian-Indian joint production, like the supersonic anti-ship cruise missile BrahMos is also a joint production. India sees Russia as an honest partner, we will never let them down," concluded the military analyst.