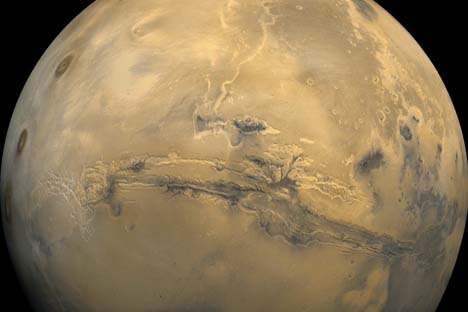 India is currently planning to drop its own lander on the Moon’s south pole in 2016-2017. Source: NASA

India was not satisfied with the constant postponement of the Russian lunar missions and a high accident rate.

India has lost interest in the Russian project for the soil sample taking at the south pole of the Moon with the use of the Luna-27 station, the Space Council of the Russian Academy of Sciences (RAS) reported on Thursday.

"Taking into account the RAS Space Research Institute information about the Indian specialists loss of interest in the Luna-27 project, Roscosmos [Russia’s Federal Space Agency] is advised to agree with the Indian side on the issue of exclusion of the Indian ‘mini rover’ from the payload of Luna-Resurs-1 project [new project name - Luna-27]," says the Council’s decision.

How does it feel to live in space?

Head of the space gamma-ray spectroscopy laboratory of the RAS Space Research Institute Igor Mitrofanov told TASS that the "RAS Space Council has turned to the Federal Space Agency with this proposal. Roscosmos is currently considering it."

A space industry source told TASS that the refusal from cooperation was mutual. India, he said, was not satisfied with the constant postponement of the Russian lunar missions and a high accident rate. Russia was not satisfied with the initial agreement on the launch of Luna-27 on an Indian rocket, the high costs of the spacecraft delivery and testing in India, as well as the need to include the "mini rover" in the mission, which made the project more risky.

"As a result, the parties have preliminarily agreed to exchange data on the national lunar programmes and coordinate efforts in the Moon study and went, as they say, their separate ways," the source said.

India is currently planning to drop its own lander on the Moon’s south pole in 2016-2017, thus becoming the first country to implement such a project. The launch of the Russian Luna-27 probe, according to the draft of the Federal Space Programme for 2016-2025, is scheduled for 2022.