Russian army of the future: The top 3 vehicles 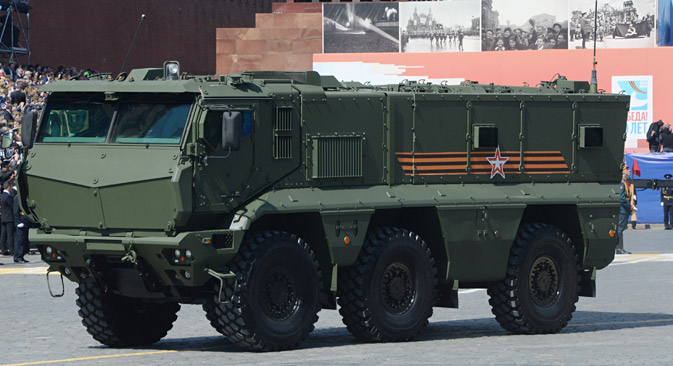 The first mechanized training company was established in St. Petersburg on 29 May 1910, a day since then celebrated by all drivers in uniform. As part of its ongoing re-modelling exercise, the Russian army is changing its appearance, and the motorized units are no exception. The plan is to provide the army with around 14,000 pieces of modern motorized equipment by 2020. RIR presents the newest vehicles, which will soon be joining the ranks of the Russian army.

Typhoon-K – Rally on a mine field

Sports commentators around the world have frequently used military terminology for Kamaz trucks, which have consistently won the prestigious Dakar international rally, to highlight their power and irrepressible character. At the Kamaz corporation office, they paid attention to the commentators and created one of the most heavily armoured APCs (armoured personnel carriers) in the world. The new vehicle provides better protection to the light armoured vehicles and mechanized infantry vehicles currently in service, and can transport 18 servicemen on it.

Personnel and cargo are protected behind integrated ceramic armour, and protection from landmines or roadside explosions is provided using special geometric frames, mine protected seating and new brands of armour.

Typhoon-K’s protective capabilities have been confirmed after arduous testing, during which the vehicle was fired upon from different angles using various types of weapons, and subjected to several explosions, imitating real-life combat situations. Test results concluded that any individual inside the vehicle would not receive any life threatening injuries. 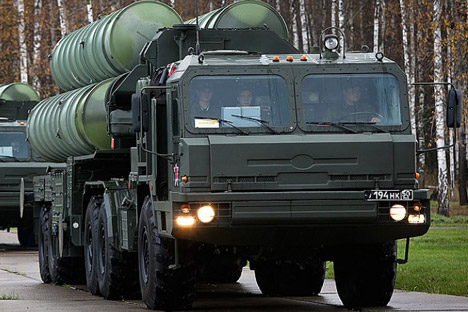 Huge transport vehicles with four large missiles on the loading platform have long starred in any parade or weapons exhibition. These are the S-300 and S-400 (anti-aircraft missile systems), which many foreign countries seek to buy, as their ownership is meant to be a guarantee of sovereignty and independence in foreign policy. One of the key advantages of these systems is the mobility that enables them to manoeuvre while changing positions. The anti-aircraft missile system is specifically provided with vehicle transport which often goes unnoticed. Even the name is not attractive; TM 5T58-2 Mark 5. However, this new transport vehicle, based on the Russian Ural and built by Aircraft Equipment holding company with Start is 25% cheaper than its predecessor. It also consumes 35% less fuel and has twice the load on the lower bole axis, which allows the S-400 SAM system to move freely on all types of roads, as well as over rough terrain. The first batch of the new TM will be provided to the Russian army in the second half of 2015. 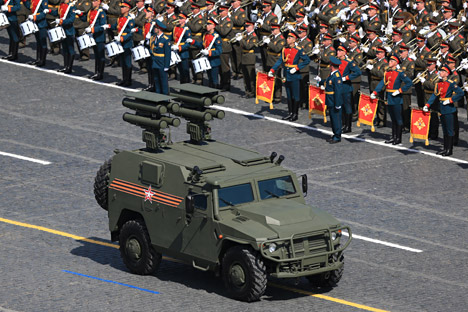 The Cornet-D is reminiscent in its tactics of the Mongolian cavalry; a rapid raid, accurate fire and withdrawal. The anti-tank guided missile is mounted on the Tiger armoured vehicle, with which the troops are already familiar. This is the latest development by engineers of KBR. It can destroy a tank, burn concrete fortifications and even shoot down a helicopter or a drone. Once the missile systems have been removed, the fighting systems of the vehicle are identical to the usual armoured personnel carrier, which protects it from precision fire from the air. However, the main defence of this system is not the armour, but its mobility. Their mobility when equipped for road transportation is far superior to their heavily armoured opponents. Each system has eight missiles ready for firing. The combat weaponry consists of 16 missiles, and is able to fire at two targets.

The Cornet-D uses an automated, mechanized laser-beam control system based on the fire-forget principle. Additionally, the missile does not use an expensive homing device, which significantly reduces the manufacturing cost and reduces the training requirements of its operators.