Russia plans launch of GLONASS in 2015 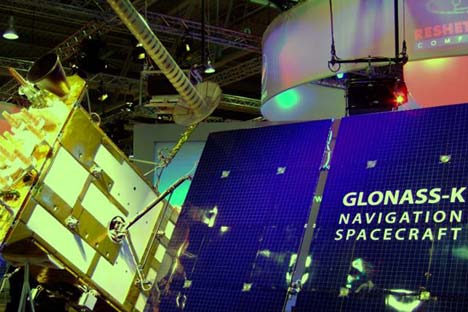 The new generation “Glonass” series of satellites will be based on the Glonass-K1 apparatus. Source: Press photo

There have been several delays in the launch of GLONASS, the Russian Global Navigation Satellite System, which would work along with the Global Positioning System (GPS). However, operational issues have been resolved and the system is likely to be launched and enter into operation later this year.

The Russian Space Systems (RKS) company, which has worked to promote GLONASS (Global Navigation Satellite System) in international and domestic markets for space services, has resolved issues that led to delays in the launch of the prestigious project.

Explaining the reasons for the delay Andrei Tyulin, the head of RKS, said organizational as well as technical problems had created delays. While carrying out the terms of reference, it was not possible to incorporate all of the stated technical specifications.

“Now all of these technical problems have been removed and network schedules and diagrams have been signed. We will have concrete results coming in shortly, before this year is out,” said Tyulin, indicatingthat GLONASS was likely to become operational this year.

Satellite navigation in Russia received impetus for its development from the Ministry of Defence, with the first system being developed specifically for the military.

When GLONASS enters into operation, the primary user will be the Russian Defence Ministry. But analysts are concerned that the “military” status of GLONASS will impede cooperation with foreign suppliers, since the “Glonass” satellites are primarily equipped with imported components.

The new generation “Glonass” series of satellites will be based on the Glonass-K1 apparatus. Problems with testing key elements of the navigation satellite were detected in summer with the atomic clocks produced by the Russian Institute of Radio-navigation and Time.

“The problems are being resolved,” stated Tyulin. “Two Russian companies have already offered hydrogen frequency standards of their own design for use in the satellites. We are ready to work with them, but it will only be possible to talk about the use of any devices in the GLONASS apparatuses after the producers prove the qualification of their devices for the resource. They now show high accuracy and stability. It is now necessary to test them for duration,” said Tyulin.

The idea of sending satellite construction orders to the company Reshetnev Information Satellite Systems, which is in alliance with the French-Italian company, Thales Alenia Space, is also being discussed.

Tyulin, however, is against the idea.

“There is experience showing that the monopolistic presence of a company on the Russian market is fraught with consequences. Thales entered the Russian market as part of the Sukhoi Superjet project and displaced all of the Russian manufactures. We are currently applying all efforts to restore lost competencies and become a worthy competitor to Thales in the Russian market. For us this is the number one task,” Tyulin said.

RKS has a joint enterprise with EADS Astrium, which is Thales’s largest competitor in Europe.

According to Tyulin, “Competition with the company Thales, yes. But only in the area of onboard equipment,” he said. “The manufacture of communications spacecraft is not within RKS’s sphere of competencies,” Tyulin said.

Before relations with the West deteriorated and they imposed anti-Russian sanctions, the Russian Defence Ministry was preparing to buy a radio-electronic surveillance satellite system comprising five spacecraft from one of the European companies. The contract was valued at 70 billion rubles, but it did not materialise.

"I am against such contracts," said Tyulin. "There could be a repetition of the incident here like the one with the Mistral ships."