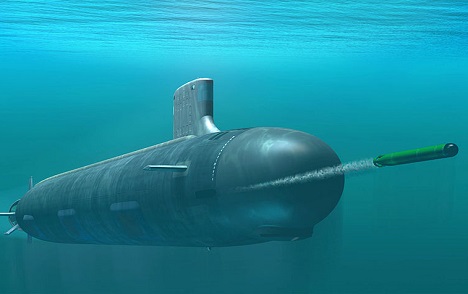 Modernization of the VA-111 ‘Shkval’ involves making essential changes to its design, shape, and even application tactics. Source: wikipedia.org

Modernization of the Russian armed forces has made it to the shores of the sea. After a programme to augment combat capabilities of the Il-38 anti-submarine aircraft and announcement of plans to upgrade equipment on the Tu-142 aircraft and Ka-27 helicopters, the next step is to design completely new anti-submarine weaponry. Updating radio-electronic components of aircraft will ensure reliability of the search for enemy submarines, and new torpedoes will hasten their annihilation. So, what will the new Russian torpedo be like?

He mentioned special features incorporated in the new torpedo; high noise immunity, artificial intelligence, and a digital control system; but Aliev declined to speak about other details, citing the secrecy of the programme. These weapons, he said, would combine in themselves reconnaissance, observation, and misguidance functions along with the means for direct destruction.

Aliev had, in an interview two years ago, raised the theme of prospective torpedo weaponry. At that time, he recognized that Russia was behind France and the USA in this area.

“In the end, our torpedoes are heavier and louder when compared to the best torpedoes in the world, because the most up-to-date component base and super-information and analytical units are lacking,” Aliev was quoted as saying.

He called for the initiation of serious research in this area so that the gap could be bridged. The fact that it he is no longer speaking of R&D, but the creation of actual torpedoes, clearly this work has already been done.

Two primary areas the research focused on was modernization of the most famous Soviet torpedo ‘Shkval’ ("Squall") and the creation of a fundamentally new product; a miniature torpedo around 12 inches long. Aliev compared the new torpedo to "clippers" that slowly move unnoticed towards their target in great numbers, "sticking" to it and exploding.

The second project has been kept in total secrecy, and nothing except a general concept is known about it.

Modernization of the VA-111 ‘Shkval’, it appears, involves making essential changes to its design, shape, and even application tactics. This unique torpedo, built in the Dagdiesel factory and adopted as weaponry in the second half of the 1970s, is capable of attaining underwater speed of up to 186 mph because of ‘cavitation’, or movement in an air bubble. At such a speed, it is impossible to avoid its impact at close range.

Its drawbacks, however, are its loudness and its short launch distance – all of 5-6 miles. This is guaranteed to unmask the submarine-carrier.

In his earlier interview, in 2013, Aliev specifically named this torpedo among the priority areas, stating that he personally participated in designing the hydrodynamic shape of its upgraded version. This work involved determining the boundaries of the water and air around the torpedo, which would make it possible to determine its weight and size limits. He also spoke about comparable American torpedoes, which "involve putting on a special multilayer sensor 'skirt,'" and changing course depending on operator commands.

This is likely to be applied to the new Russian high-precision submarine weaponry.

Replacing the ‘Shkval’s’ inertial navigation system with a modern, dynamic one will increase the range for destroying targets, and will make it possible to create a fundamentally new weapon on that basis.

"The torpedo should not just hit the body of the enemy, but strike at the most vulnerable spot, the commander's compartment or a control compartment. Do not forget that a submarine can only be destroyed by a torpedo. It is impossible to destroy one with a missile,” explained Aliev.