What attracts investors to the St Petersburg Forum? 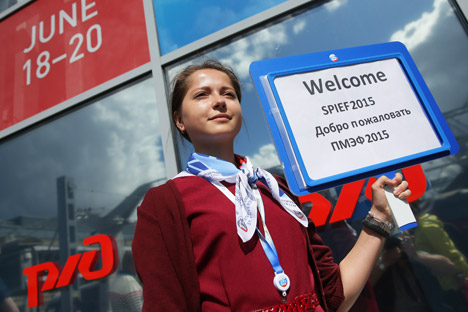 The St. Petersburg International Economic Forum has come to be called Russia’s ‘Davos’ or ‘Boao Forum’ in international economic circles. St. Petersburg is set to host the SPIEF between June 18 and 20. This year, with relations between Russia and the West quite tense, participants hope the level of discussion and quality of discourse will retain its usual high standards.

Tensions aggravated by the conflict in Ukraine saw many leading western corporations opt out of the SPIEF in 2014, with heads of the elite business institutions including Boeing, Goldman Sachs, Siemens, ConocoPhillips and a dozen others refusing to attend. The high-powered boycott notwithstanding, around 7,500 participants attended the St. Petersburg International Economic Forum last year. 175 agreements worth 401.4 billion rubles were signed at that forum.

This year St. Petersburg will host the SPIEF between June 18 and 20.

The programme at the St. Petersburg Forum changes every year. Its structure is usually defined by the end of November, with the final details elaborated later. The main tracks, however, which constitute the program's concept, remain largely unchanged.

First, they deal with the global economy and the challenges to it. Second, they look at topical aspects of the Russian economy, but not in the same way they are reviewed at other platforms like the Krasnoyarsk and Sochi Forums. Those primarily analyze the Russian economy from the outside. Third, another traditional track deals with new technologies that are capable of changing the world. When launching this track the organizers were aiming towards the leaders in the field: IBM, Microsoft, Cisco, Google, and Russian companies such as IBS, 1C, as well as the largest car companies, industrial giants and leaders in the field of Internet commerce.

In 2015, a fourth track has been added to the forum - the use of human capital.

Around one thousand companies have (until June 8) confirmed their presence at the 2015 forum, out of which 440 are foreign. This is more than there were at the 2014 forum.

180 foreign company presidents and CEOs have registered, compared with 150 last year. Members of the Forbes and Fortune lists constitute a separate category - their number has basically not changed since last year.

Among the participants are representatives of European and American business, but also from the Pacific Rim region and Arab companies, with countries like China, Indonesia, Malaysia, Japan and other Asian-Pacific region nations showing increasing interest in the forum.

In 2014, the number of Asian participants in the St. Petersburg forum had doubled and this trend continues in 2015.

The organizers explain that the key performance indicator of such forums can only be the participants' interest, since the forum is an event that is built around them. It will be important how analysts evaluate the discussion at all levels, to see if they are able to express their point of view and understand each other.

The forum was first organized in St. Petersburg in 1997. It had a certain local character back then, even though 1,500 foreigners from 50 countries visited the forum that year.

A year later an international foundation was created for the forum, the St. Petersburg Economic Forum, whose head was German Gref, the future Minister of Economic Development and the current president of Russia's largest bank, Sberbank. In 2005 the forum was visited by Russian President Vladimir Putin and thus the event acquired presidential status. The status remained during the presidential tenure of Dmitri Medvedev, who spoke at the forum between 2008 and 2012.

Many unusual and resonant announcements have been made at the forum throughout its history. For example, in June 2008 Russian First Deputy Prime Minister Igor Shuvalov said that Russians suffer mainly from an unhealthy lifestyle. In his words, in the last 300 years the desire to catch up and surpass the West has been an idea imposed by the Russian political and intellectual elite. As a result, "Russia wound up unsuccessfully copying forms of national economy and foreign lifestyles, which destined the country to backwardness." After this speech Igor Shuvalov was reprimanded by Vladimir Putin during a government meeting.