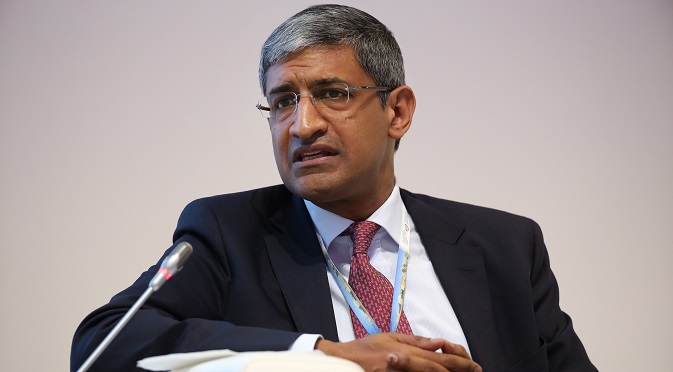 A key Indian participant in SPIEF 2015, Shiv Khemka is Vice-President of the SUN group. He has more than 20 years of investment and business experience, principally focused on Russia and India. Khemka began leading SUN's investment and entrepreneurial activities in Russia and Ukraine in 1990, building a significant example of successful foreign direct and private equity investing into Russia. He also established and led one of the first private equity funds in Russia, SUN Capital Partners. In an exclusive interview to RIR, Khemka said he was keen this time to gauge the Russian government’s commitment to ‘engage East.’

What kind of outcome are you looking forward from this year’s SPIEF? What will your priority be at the Forum?

This forum has become a premier gathering place for people interested in Russia, in this region, the place where we get the sense of the direction both of geopolitics and reforms that are going on in the economy to allow investment to happen. And this year my priority will be to understand clearly the commitment of the Russian government to engage in the East: China, India and so on. I want to get to the depth of this commitment.

How do you look at India’s new foreign trade policy? How does it help India-Russia economic relations?

India has a once in a generation leader in our Prime Minister who is energizing our foreign trade policy and our foreign relations with countries over the world. He visited 18 countries in his first year. He will be meeting with President (Vladimir) Putin, and leaders of China, South Africa and Brazil in Ufa. So we think there is a very deep desire for government to encourage cooperation in a number of sectors like aerospace, strategic sector, technology, infrastructure, pharmaceuticals and so on because our political linkages are very strong but our economic linkages are not as strong as they can be. So we, businesspeople, should find ways to support this policy.

The Modi government has formulated the ‘Make in India’ policy to boost manufacturing and set the economy on a fast growth track. Some experts believe that Russia should use the opportunities offered to it in the context of the Narendra Modi government's reforms to "reset" our economic relations. How do you see the role of Russia in ‘Make in India’ project?

I think “Make in India” is a very important, timely and bold initiative by the Modi government. We need to create over a million jobs every month in India, and for us to do that we must energize our own manufacturing and service sectors. This process of energizing these sectors will include a mass urbanization programme. Half a billion plus people will move out of the villages to cities in the next 30 years. And we should bring women into the workforce. Russia has a strong manufacturing sector, diverse labour force, including a gender-balanced labour force, and some high technology that India will welcome, particularly in areas of aerospace and so on.

As an example, I am on Board of JSC “Russian Helicopters”, and we have helped over the last 5 years to bring a major project to India: the manufacture of 200 Ka-226  helicopters. This project implies manufacturing helicopters in India under the “Make in India” programme. We are glad our effort over the last 5 years has borne fruit, and we believe the Russian government will follow a rigorous process to identify the right manufacturing partners in India to take this process forward.

I think the big areas of investment in India will be the mass urbanization programme, building of Smart Cities, transportation linkages, aerospace and defence, infrastructure, areas where Russia is traditionally strong. It will be good to diversify. But at the end of the day it’s important for Russia to focus on these projects. It’s important for Russia to be in these areas and have enough market share in these areas. Diversifying in other areas will take place but more slowly.

What can be done to expand and diversify Russia-India cooperation to a wider range of areas, not just in traditionally strong defence and technology, and pharma areas but in other areas as well?

As for Russia, clearly there is an impact of sanctions, oil price and commodity price fluctuations, weakness of the currency and weakness in consumer demand, ruble devaluation, all of which mean it’s a good time to invest in terms of assets being priced more reasonably. However, one has to be patient and take a long-term view in terms of recovery of the economy and growth because, unfortunately, geopolitics do affect the psychology of investors.

Minister for Russian Far East Development Alexander Galushka recently met Vinay Maloo, Founder & Chairman of Enso Group. They discussed an infrastructure project in Russia’s Far East. According to media reports Mr. Maloo said during the meeting that now is the right and the best time to invest in Russia. Do you agree with him? Are there interesting investment projects in the Russia’s regions?

As a Group we have invested in many Russian regions through our beer company, chocolate business, our other investments in the country, mining and so on. I am a great believer that a lot of opportunities are in the regions in Russia. Some regions have traditionally done very well like Kaluga, Tatarstan.

Far East is showing some real signs of improvement. In fact, Moscow and St. Petersburg have fewer investment opportunities, but Moscow and St Petersburg are important places to be.

Can you elaborate on the main challenges that bilateral business cooperation faces? There is a figure to achieve $30 billion bilateral trade in the next decade. What will be the growth areas?

I think it’s possible to reach those numbers ($30 billion). But it needs work on both sides, with right partners, and to make long term decisions about the quality of partners. One should create integrated businesses in India and Russia that will have long-term longevity. I also believe that it is an interesting moment for a more regional view.

India, Russia, China, Central Asia can become a block connected in some interesting ways. We are working on some projects that hopefully will bring these regions together.

What do you expect from the BRICS and SCO summits this summer? Will the new BRICS’ financial institutions help India, Russia and the emerging countries in their development?

We think that the BRICS Bank is a wonderful idea. The new BRICS BANK president, Mr K. V. Kamath is a very talented leader, who we think will bring some real experience to the work of the Bank in these emerging markets. We believe that the BRICS connectivity will create some very interesting investment opportunities and chances for collaboration in each other’s countries and some opportunities that till now were not obvious to come up. I think it’s a very interesting forum and a lot of positive things can come out of this grouping from an economic point of view.