India’s success is as an integrator in aviation 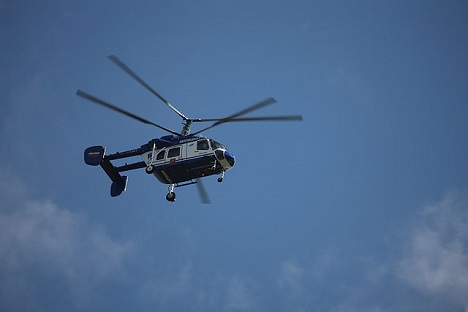 To further develop their aviation industry, Indian aircraft manufacturers should streamline communication with experts from other countries. This, and other possible ways to expand Russian-Indian cooperation in aviation, was among issues that Oleg Panteleev, head of the analytical services agency "Aviaport" talked about to RIR.

What are the areas where Russian-Indian cooperation can expand in the next 3-5 years, and what is holding it back?

“For obvious reasons, there are bureaucratic procedures on both sides which hold it back. There are no or very few issues that can be resolved quickly.”

“Regarding the potentially productive areas of cooperation, currently on the agenda is the question of cooperation on the Ka-226T programme. This is the helicopter of Russian design, with French engines, that India expects to produce domestically. This would be one of the most interesting projects for Russia. At the same time, joint development of the fifth generation fighter and military transport aircraft is continuing. But the new and hot topic is the helicopters. Worldwide demand for helicopters of this size is quite high. The Russian helicopter has a unique layout diagram (coaxial), which makes it very promising for use, particularly in Indian setting. I hope that if this project takes off, the helicopter will also have a lot of potential to be supplied to third countries.”

In your opinion, does Russian aircraft industry need support from Indian partners? In what segments they may cooperate?

“When it comes to designing new aircraft, Russia is completely self-sufficient and needs no external assistance. We have preserved the designing capacity. For example, fifth-generation fighter; a machine called T-50; was entirely designed by Russians. Together with Indian partners, Russia is to now build a customized version for Indian buyers. For that, the role of Indian professionals partly consists in integrating specific equipment, weapons and so on which they need, into the existing project. It may be, for instance, French or Israeli avionics, as was the case for the Su-30MKI. Or it may be India’s own aircraft.”

“So what is actually important for Russia is not so much gaining access to Indian engineering, specialists and resources, but access to a sufficiently large Indian market. This is the key point.”

“The Russian market; even at 100 percent coverage; either in terms of civil or military aircraft, cannot provide profitability for development and manufacture of new generation aircraft. We need the selling market and, when we have one, often we should pay for it by letting the partner or buyer do the part of work.”

What are the segments where we could complement each other? How can Indian partners participate in creating the new military transport aircraft?

“India's role in this kind of project can range from simply buying products, which is least likely, to developing the licensed production with quite high localization, such as the elements of the airframe, some accessories and a number of electronic components. Examples of earlier Soviet-Indian cooperation indicate that it is the division of labour that can be of a fairly wide range. The programme for licensed production of Su-30MKI fighters is currently happening in India. Final assembly, production of some units, as well as the production of certain electronic components, all these are within the competence of our partners. Plus, everything related to maintenance and repair. These are the areas, which traditionally belong to buyers and partners. Russia’s experience of taking military equipment to major overseas markets has proven that, in partnership with leading local companies, enterprises created to provide aircraft maintenance, repair, staff training services can serve not only domestically, but also in neighbouring regions. This is the kind of cooperation model that can be scaled and used in the implementation of other programs in the aircraft and helicopter industries.”

How do you estimate the potential of India? When will it be able to create an airplane from scratch on its own?

“In today’s world, even the United States and Russia don’t create airplanes and helicopters from scratch, but actively use components from other countries. Under conditions of strict requirements for import substitution, Russia alone is now in danger of closing down within its national framework and abandoning completely international cooperation on a number of military programmes.”

“India’s challenge is not to do everything on its own, but to reach competency as an integrator. To become the party that develops the overall product, but takes certain components and elements ready-made, getting the best deal, while saving time and money. Each unit signifies unique technological and costly solutions and know-hows, and neither India, nor more prosperous countries, can afford to deal with every single thing.”

“As for the actual role of integrator, Indian aircraft manufacturers have already brought a lightweight fighter and a helicopter to the world. These are machines that have been influenced during development by some foreign prototypes and with assistance of foreign experts, but they are still Indian creations. In this respect, undoubtedly, the Indian aviation industry has succeeded as an integrator, the creator of complex aircraft systems. In order to be fully competitive in the global market, one should create a number of models, learn things the hard way, raise one’s own experts and form one’s own scientific pool. But the first stone has been laid, a powerful background created and, what Indian colleagues need now is to actively communicate with foreign experts. Realization of joint projects now will not be about blindly adopting decisions, but about assessing them critically and receiving greater benefits from the implementation of such joint projects.”

How is Russian aircraft industry doing? Has it come out of last year’s crisis, when many experts were talking about major problems in the industry?

“What we see today in the engineering offices and on manufacturing sites in the factories, generally shows that there are still quite a number of top-level experts in terms of engineering, design ideas and understanding of technological processes.”

“The Soviet base of engineering technology competence was so strong that, despite two decades of stagnation, its potential could not be destroyed. Today, with joint efforts, the enterprises, design bureaus and institutes, both educational and academic, can create products using the newest technologies, unknown in Soviet times. They are not of the Soviet era, but are brand new developments, at the forefront of world trends.

However there are several critical factors to note. First, with regard to the influx of young people and the quality of basic education: until recently, the situation here was dire. While the design bureaus gradually began to receive investments in the 2000s, and plants for the federal target programme for development of the military-industrial complex received the most modern machines and equipment, the development of the education base in the institutes was disregarded almost until the end of last decade.”

This process is now gaining momentum, and institutes are beginning to teach something different from the 50-year-old programmes, something up-to-date or looking to the future. This is a huge breakthrough that is promising and giving confidence. The second point is that managing science, or solving managerial problems, also needs to be done in new modern ways. The biggest challenge today is management training. But in general, there is a definite positive dynamic in this direction.”

Unmanned technologies are becoming increasingly popular in the world. Do you think we can expect Russia- India joint projects in this area in the aircraft industry?

“The fundamental question here is that development of unmanned technology is something that does not depend as much on aircraft manufacturers as it does on legislative support. It is necessary to legalize the use of unmanned objects. That is, assuming that we are not talking about military purposes. It is more about the development of electronic components, which would allow us to solve problems of application, rather than about development of the airframe. So, yes, cooperation is possible, but the question is, what targets will the creators set?”