Joint development of tourist facilities on the anvil 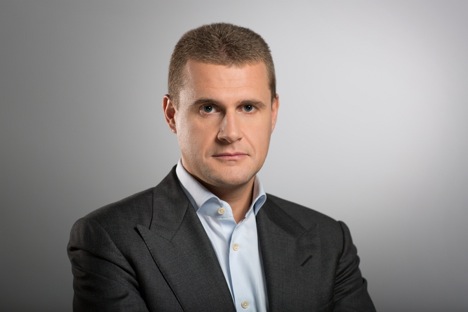 Alexei Chekunkov, CEO of the Far East Development Fund spoke to RIR about the prospects for priority development of areas in the Russian Far East and how Indian investors have expressed interest in developing tourist facilities.

What are the priority projects for the Far East Development Fund (FEDF) in the near future?

“The Fund’s priority areas of activity are supporting infrastructural projects; burdensome for private capital because of their capital-intensive nature and long payback periods; but important from the point of view of the multiplier effect and the competitiveness of the region’s entire economy.”

What are the conditions for the Fund’s partnership with foreign investors? How will you choose such joint projects?

“The Fund, being part of a unified system created by the President and Russian Government to accelerate the development of the Far East, is a strategic partner for foreign investors. The Fund forms an investment project, conducts comprehensive reviews, develops the structure for attracting capital, coordinates the project at the federal and regional levels, and attracts co-investors. The participation of the Fund in investment projects makes it possible to synchronize the interests of the state and private investors, as well as to ensure a return on investments. One of the possible forms of cooperation with foreign companies is attracting their professional competencies. So the FEDF in particular conducts negotiations with international industrial park operators from the Asia-Pacific region countries. The experience of such companies is in demand to build priority development areas in the Far East.”

What can priority development areas (PDAs) offer in order to attract foreign investors, including Indian investors?

“Comprehensive state support of investors at all stages of project development, in addition to internationally competitive business conditions; unprecedented even by the standards of several of the leading Asian countries, with tax and customs privileges, special conditions of administrative regulation, special regimes for access to land and infrastructure.”

In your opinion, which projects in the Far East could be interesting for Indian investors?

“Primarily, projects that are being implemented in priority development areas, in agriculture, bio-resources, manufacturing, mining and processing of mineral resources. Nine pilot PDAs have been approved: in Khabarovsk, Kray and Primorye, in the Amur, Oblast and Kamchatka, in the Magadan, Oblast and Chukotka in Yakutia. The unique natural and geographic conditions of the Far East create excellent opportunities for the creation of new world class tourist clusters in the region. Foreign investors are already showing strong interest in this business.”

What projects are currently being discussed that Indian capital is participating in? In particular, it would be interesting to learn the details of projects being considered with the Indian Enso Group.

“The Fund and Enso Group are looking at the possibility of jointly implementing a project for the comprehensive development of the Russian part of the Bolshoi Ussuriysky Island in Khabarovsk Kray. The idea is to attract tourists from the neighbouring Chinese Heilongjiang Province, with a population of 38 million, as well as from approximately 50 million people living within a two-hour flight radius in other regions of China and the Asia-Pacific.”

“Far East Development Fund capital may be used to develop tourist infrastructure on the island. Indian investors are interested in the comprehensive development of the area; constructing commercial properties, world class hotels, a theme park, yacht berths, and sports and recreation facilities.”

Will it be possible to attract Indian investors to invest in development of mineral resources and energy projects, with a controlling share?

“The hydrocarbons industry is not on the list of priorities for our Fund. Nevertheless, I am sure that Indian capital is interested in participating in energy projects in Russia. Indian energy companies, particularly ONGC, are already participating in the Russian market. On our part, we are prepared to represent a number of projects in the mining industry in the Far East for investors, and we will certainly include Indian capital in this dialogue.”