Need to revisit strategy to boost Indian exports to Russia 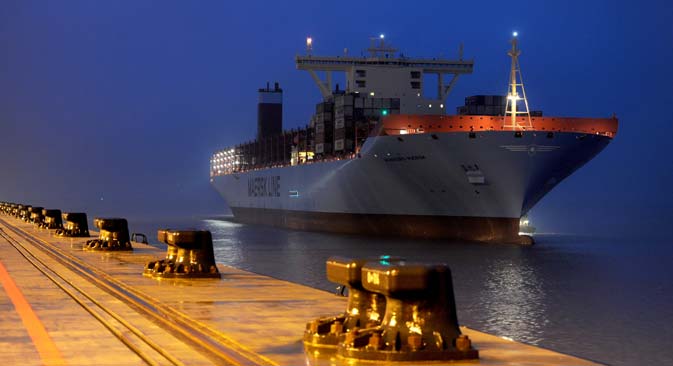 S C Ralhan, President of the Federation of Indian Exporting Organisations, advocates the need to revisit India's export strategies, to gain a larger share of Russia's imports and improve the volume of bilateral trade.

India Russia bilateral trade has increased from $1.6 Billion in 2001-02 to $6.35 Billion in 2014-15.The latest figures released by the Department of Commerce show a moderate growth of 5% in bilateral trade during the last fiscal year.  While Indian exports declined by 1%, imports from Russia grew by around 9%. However, we are nowhere near the potential which exists between the two countries. While Russia is the 8th major exporter in the world, with exports of over $490 billion in 2014, yet its share in India’s imports is 0.95%.  Similarly, India’s share in Russia’s imports is about 0.78%.

This calls for revisiting our strategy so that Indian exports to Russia are in line with rising Indian capability in Exports and increasing imports in Russia. India and Russia are working towards a free trade agreement between India and Eurasian Economic Union, which also includes Belarus and Kazakhstan.

Unfortunately, we are either being negligent or have no share in the top imports of Russia. Russia’s top 10 imports make up $173 billion of a total import bill of $282 billion, thus comprising 62% of its total imports. However, India’s share in these top 10 Russian imports is a meagre 0.61%.

Recent sanctions by the European Union have opened opportunities for Indian products. While market access may be provided due to the place vacated by EU countries, we have to take advantage of the present situation to cement our place in Russia and also in other CIS countries. Strict adherence to quality parametres is a fundamental requirement to sustain in the Russian market, where consumers are willing to pay a high price for a quality product.

There is lack of awareness of India’s potential in diverse fields. The India Show organized in Moscow in September, 2014 was an attempt to showcase some of the sectors to Russian consumers. However, this has to be followed by sector - specific initiatives and regular exchange of business between the two sides.

There are challenges like lack of information on existing opportunities, logistics, language blockade and so on which I feel are not so difficult to overcome through more such exchange of visits between the two countries. I will advise my Indian companies to have serious commitment and maintain long time frame for developing business in Russia.

While challenges on the banking front do exist, yet the opening of branches of Russian banks in India and Indian banks in Russia has helped to provide necessary comfort to importers and exporters on both the sides. The facilitation at the customs in Russia will definitely help in increasing India’s exports. One can see the perceptible change in the role of customs in Russia in promoting bilateral trade.

The issue of non-tariff barriers (NTBs) also needs to be addressed by the Government. Russia is providing 15% preference to ‘Made in Russia’ in public tenders of Food & Fish products, Machinery and Engines, Materials, Medical equipments and Medical preparations. All Federal procurement (which accounts for 90% of all tenders) in light industry are unavailable for public bidding. Similarly, foreign motor-vehicle and machinery such as bulldozers, excavators, cranes and graders have only limited access to municipal procurement.

In addition to trade, Investment cooperation has been envisaged in Hydrocarbons, Power, Coal, Nuclear power, Fertilizers, IT, Pharmaceuticals, Construction and Engineering services and Minerals and metallurgy. There is scope to increase Indian investments in Russia which are estimated to be about $6.5 billion. India is taking huge initiatives in some of the fields where Russian cooperation would be most needed, including Defence, Space technology, Nuclear energy and Smart cities.

India and Russia have set a goal to reach a figure of bilateral trade worth $30 billion by 2025. This is definitely a challenging target, but can be achieved with concerted efforts of the Government as well as the industry.

We hope that the Free Trade Agreement between India and EEU would be worked out and North South Corridor will be exploited by India to reach such a goal.