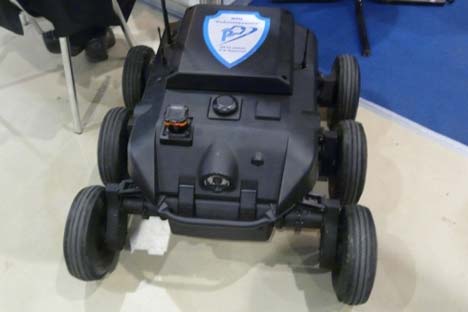 The software can independently replace robots that have become casualties and, when given permission, can strike targets without the participation of the operator. Source: Press Photo

While it’s not quite that the robots are taking over, but testing of software systems has begun, to control large numbers of robots which, according to their creators, “minimize human participation in controlling machines and enable robots to act practically autonomously,” said the United Instrument Manufacturing Corporation (UIMC, part of the Rostec Corporation).

The remote-controlled systems to manage robotic technicians, now being tested in Russia, will have major military applications but also has huge potential for civilian use.

UIMC’s has developed an intelligent management centre for various groups of robotic technology, which can include apparatuses operating in different areas; in the water, air and on land. They can carry out set military tasks together and in coordination. The operator controls the entire group and the tasks are distributed autonomously.

The software can independently replace robots that have become casualties and, when given permission, can strike targets without the participation of the operator.

"The software produced by our company “System management” is unique in Russia. The existing robotic technology is controlled on the “one operator, one robot principle”. Our development means that the operator can manage simultaneously a group of robots, and also teach the machines “to think” and “take decisions”, said Alexander Kalinin, director for innovative development at UIMC.

According to information on the Rostec Corporation website, this technology is being developed on the basis of the Plastun robotic systems created by the Bauman Moscow State Technical University’s Centre for Robotics.

“Machines imitating military equipment are able to identify objects in battlefield conditions, determine high priority targets, based on their danger and the capabilities of their armament. They can independently allocate targets, take up advantageous positions, replace robotic casualties, ask the operator for permission to attack and even attack a target in automatic mode without the participation of the operator”, the press release states.

To all appearances, the software system is practical, and implementation of the Unikum programme up for tendering by the Ministry of Industry and Trade in March last year, was won by United Instrument Manufacturing Corporation.

The proposed project, worth 135 million rubles, provides for a system to manage a group of robots with a single operator or switching to an independent operational mode without human intervention. The first field trials are scheduled for July 2015.