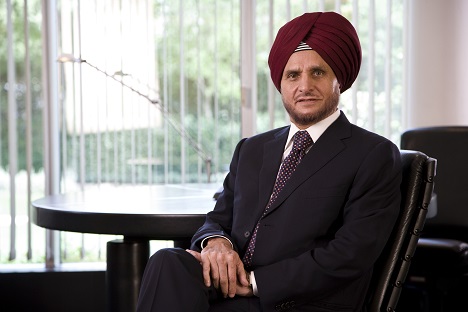 What is the agenda of Indian participation in BRICS Business Council meeting in Russia? Which issues will be discussed?

“The Indian side is looking forward to discussions at the forthcoming BRICS Business Council meetings in Moscow and Ufa, Russia.  We have, over the last one year, held detailed discussions amongst members and our priorities can be summed up as follows:

These are some of the areas where we will have discussions with our counterparts at the various BRICS Business Council meetings.”

Do you see potential for intra-BRICS trade? Could you suggest any areas/projects?

“The current economic situation in some members of this group may not be all that encouraging, but this does not take us away from the strengths that each one of these countries possesses, and how they can complement and support each other. Brazil is an agriculture powerhouse. Russia boasts of large energy reserves globally and is at the forefront of cutting edge R&D is several areas. India is known for its excellence in computing skills, pharmaceuticals and many other knowledge-intensive areas. China has demonstrated to the world how to conceptualise and implement ambitious infrastructure projects. And South Africa is a leading player in the metals and minerals space. These strengths and other similar areas offer great scope for partnerships both in terms of intra-BRICS trade and investments.

Let me give you a few examples.

First consider the energy sector. Both in Brazil and South Africa, there is a move to shift from non-renewables to renewables, with particular emphasis on wind and solar power. India and China have similar programs and can also offer high quality wind and solar power equipment. Russia can share its expertise with others for improving productivity in matured oil and gas fields. It can also share its experience on underground coal gasification. Further, as use of bio-fuels is on the rise, exchanging knowledge on related technologies can be an important component of cooperation in energy sector.

Second is agriculture. Ensuring food security is a key public policy objective in all countries. And one of the ways BRICS nations can support each other is by sharing best practices that have led to improvement in crop productivity. If Brazil is the world leader in sugarcane, China has done very well in hybrid rice. Such experience must be shared. Co-developing climate change resistant crop varieties must also be considered.

Further, trade in agricultural commodities amongst the BRICS countries also presents several interesting avenues. India is a large market for oilseeds and this can be an opportunity for Russia. Brazil can import wheat from Russia, while exporting sugar to Russia. China has been the largest importer of soya, sugar and other agriculture products, and these are areas where both Brazil and China can collaborate successfully.

Third is healthcare. Providing affordable medicines to people is a priority in all countries. The BRICS nations have also agreed to promote exports of vaccines for diseases such as HIV / AIDS, malaria, TB etc. to other developing countries. Pharma companies from these countries should come together and endeavour to support their governments in this objective. Be it early stage discovery work or clinical trials, companies must look at all avenues for cooperation.

Fourth is infrastructure. The financing requirements for infrastructure development are huge and countries are using innovative ways to raise funds. Experience sharing amongst BRICS nations in this regard as well as in promoting Public Private Partnership will prove to be useful.

Further, through the New Development Bank we can promote projects in areas such as water, waste management, low cost housing, mass transportation and which align with our development priorities.”

BRICS Business Council is planning a special discussion in MSMEs role in trade relationships between the countries. Could you tell us more about this part?

“MSMEs are an integral part of the economy and industrial sector for all the BRICS countries. Their contribution to industrial value addition, exports and employment generation are well known. We, at the Council, attach a lot of importance to the role of MSMEs in promoting trade and investment flows within this grouping. However, at the same time, we realise that availability of timely and adequate information on business and investment opportunities is hard to come by for MSMEs.

So we have put together a BRICS Information Exchange and Sharing Platform called the BRICS Business Portal. This is anchored in the Fudan University in China and is a rich repository of information on doing business in the BRICS countries. Going ahead, our plans are to make this platform even more robust and interactive for companies. Additionally, we have drawn up a list of major exhibitions and trade shows that we would like our companies, including MSMEs, to participate in and benefit from.”

How do you, as a businessman, see the prospects for trade in national currencies?

“The BRICS Business Council is in complete agreement and supports the proposition of promoting trade in national currencies. As a businessman, I would like to pursue pricing and deals in BRICS local currencies, if the risk of currency fluctuations is minimised. The Council has recommended that the Governments and Central Banks of the five countries should actively look into this idea and advise businesses on the framework that is being evolved to facilitate trade in local currencies.”

Which results do you expect from Brics Business Council meeting in Russia?

“We are going to finalise the second Annual Report of the BRICS Business Council which will be presented to the Heads of State at Ufa. While there are several high points contained in the report, I think as a group we are keenly looking forward to the New Development Bank and its guiding principles. The NDB will be in focus during our discussions at the BRICS Business Council meeting.

This institution must on priority support projects that promote intra-regional connectivity, intra-regional supply / value chains, further use of renewable energy and focus on skill development in the BRICS countries.

To be a potential platform for development and change, the NDB could collaborate with commercial financial institutions so as to reduce costs and risks, provide diversified financial products including loans, guarantees and consultation, the price of which need to be lower than that of commercial products. The current conditions of the developing countries need to be considered when devising relevant standards of the Bank.”