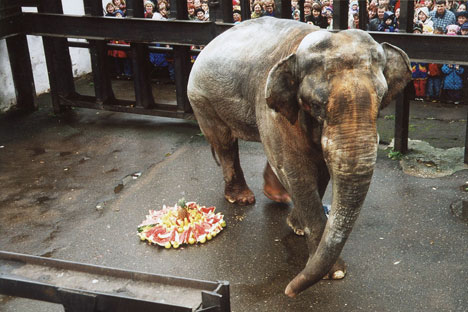 Bureaucratic hurdles are holding back the exchange of animals between the Thiruvananthapuram Zoo and the Taygan Lions Park and the Skazka Zoo in Yalta.

An agreement was signed between the Taygan Lions Park and the Skazka (Fairy Tale) Zoo in Yalta, Crimea and the Thiruvananthapuram Zoo to exchange animals. However, it has been on hold since February, after the Government of Kerala refused to allow the exchange, a source familiar with the negotiations told RIR. Officials from Kerala have asked the Crimean zoo authorities to directly contact the Indian Prime Minister to get permission.

“By February of this year, we had obtained all permissions, except for the final go-ahead from the administration of the state of Kerala, and so we had to send a request to the Ministry of Environment, Forest, and Climate of India,” the source said. “After six months of waiting, we were told that they could not issue the permits.”

RIR gained access to the letter in which the Kerala officials said they could not allow the exchange without first receiving approval from the central authorities, and asked the administrations of The Taygan Lions Park and the Skazka Zoo to “meet with Prime Minister Narendra Modi regarding the exchange.”

Elephants from India for Crimean zoos

“We should get prior sanctions from the Central Government. If Narendra Modi instructs the state to give the animals, then it will be easy,” the Kerala officials wrote in the letter.

B. Joseph, Director of the Directorate of Museums & Zoos Department of Kerala, confirmed to RIR that the “exchange can only be carried out with the permission of the Central Government.”

According to him, this rule applies to all animal exchanges involving zoos in India. “We are very interested in making these exchanges, but we cannot bypass this regulation,” he said.

Dr. Alexander Jacob, Chief Veterinarian at the Thiruvananthapuram Zoo, said, “Without permission from the government of Kerala, the zoo administration cannot turn to the central authorities.” He added, “In accordance with established procedures, permission is first given by the regional authorities, and only then by the central government... The official, who dealt with our request, does not seem to understand the rules. We are demanding that this matter be reviewed again, and will pursue this issue with the government of Kerala.”

Recently RIR learned from Oleg Zubkov, the director of Skazka and Taygan, that the zoos had concluded an animal exchange agreement with the Thiruvananthapuram Zoo. Russia is supposed to get elephants, tigers and lions.

“We dreamt of having elephants for more than 15 years. We looked for opportunities to obtain these animals from zoos located in Europe and Africa,” he said, adding that during this period, “the first elephant house was built in the Taygan.”

Finally, the management decided to focus on obtaining Asian elephants, which are smaller and more manageable than their African cousins.

A source familiar with the negotiations said there are plans to bring in seven elephants from India, in exchange for zebras.

The elephants are to be accompanied by mahouts (handlers/keepers, as this is a requirement stipulated in the transport legislation of India.

“This is an important step for rehabilitation of the animals. I would be glad if these mahouts stayed in Russia forever,” Zubkov said. “However, if that is not possible, then I hope they will teach our staff all they know about the care of these animals. A mahout, who usually takes care of an elephant from its birth, is difficult to replace.”

Taygan was created in 2012 in the Belogorsky Region of Crimea, on the shores of the Taygansky Reservoir. It soon became not only the largest nursery in Europe for various breeds of lions and other species; mostly large mammal predators. It is the most unique animal park in Europe. More than 50 African lions roam free there, practically in their natural habitat, in an area of ​​over 30 hectares in the Crimean foothills.

The Skazka Zoo was created at Yalta in 1995. It is now home to more than 100 species of animals and birds.

According to Zubkov, around 350,000 people visit Taygan every year. Another 250,000 visitors come to the Skazka.

“We expect that once the bridge connecting Crimea with the rest of Russia is completed, the attendance at each zoo will reach 500,000 people annually,” he said.

The Sansarafan Company, an inbound tour operator in India, will provide assistance in organizing the transport of the animals.