India’s ONGC to pay $1.3 bln for stake in Rosneft’s subsidiary 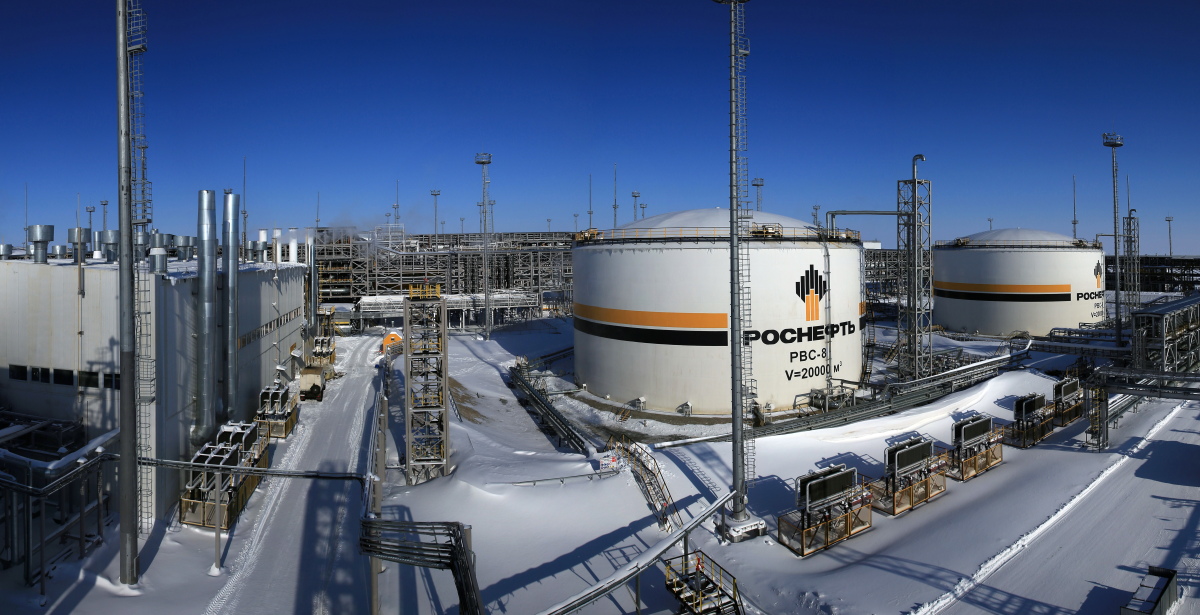 The Vankor field is the largest field to have been discovered and brought into production in Russia in the last 25 years.

Press Photo
Rosneft management signed an preliminary agreement with the Indian side on sale of an additional stake in Vankorneft and in respect of certain other fields.

Indian oil and gas producer ONGC will pay $1.3 bln for acquisition of a stake from Russia’s Rosneft in its subsidiary Vankorneft, head of the Federal Antimonopoly Service (FAS) Igor Artemyev said on Thursday.

"The Indian party will pay about $1.3 bln for Vankorneft shares in this transaction," Artemyev said.

"Furthermore, we know Rosneft management signed an preliminary agreement with the Indian side on sale of an additional stake in Vankorneft and in respect of certain other fields," the official added.

At the meeting of the Commission on monitoring foreign investment, Russian Prime Minister Dmitry Medvedev the government would consider the bid of the Indian ONGC for participating in the development of the Vankor field.

According to the official, the issue is about the approval of the deal to acquire a stake in Vankorneft by the Indian ONGC from the Russian oil major Rosneft.

"Today we’re considering the application of ONGC, India’s second-biggest oil and gas company, to acquire shares of the Russian joint-stock company Vankorneft, which is involved in production of crude oil and associated gas," Medvedev said.

"In case a decision is made after the Commission’s meeting the Indian companies will expand presence in our economy as the oil asset portfolio of ONGC and Vankorneft will increase in the area of prospecting and production of hydrocarbons," he added.

In September 2015, Rosneft inked an agreement with Indian state-owned company ONGC on sale of a 15% stake in Vankor for $1.27 bln. The deal, which has not been finalized yet, stipulates two seats in Vankorneft board of directors for ONGC, with Rosneft keeping control over the Vankor cluster infrastructure.

On march 16, Rosneft signed with ONGC Videsh Limited a memorandum of understanding for cooperation in respect of the Vankor project, which stipulates the prospective increase to 26% of the share of the Indian company in Vankroneft. The document also oversees the analysis of the joint trading development’s potential, including the possibility of entering into long-term crude-oil supply contracts. Also, Rosneft, Oil India, Indian Oil and Bharat Petroresources signed a heads of agreement in respect to the acquisition by a group of Indian investors of a 23,9% share in Vankroneft.

Vankorneft, a subsidiary of Rosneft, was founded in 2004 to carry out the project of the Vankor field development, the largest field to have been discovered and brought into production in Russia in the last 25 years. It is located in the northern part of Eastern Siberia, in Turukhansky District of Krasnoyarsk Territory, 142 km from Igarka. As of 1 January 2015, the initial recoverable reserves in the Vankor field are estimated at 476 mln tons of oil and condensate, and 173 bln cubic meters of gas. The area of the Vankor field is 447 square kilometers. Oil and gas condensate production in 2015 was 22 mln tons.