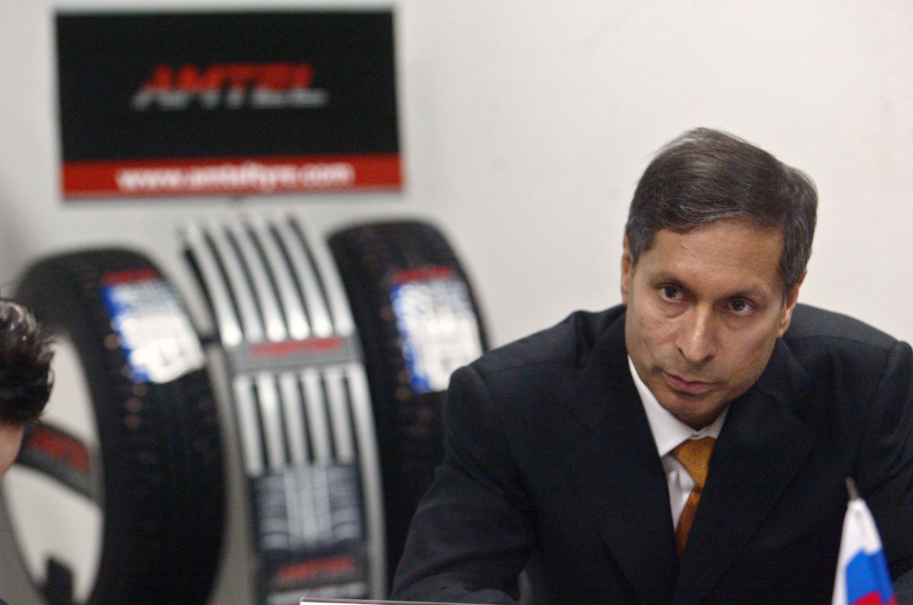 Kommersant
Sudhir Gupta, an Indian businessman, has been gradually building a diverse range of business interests in Russia over a quarter of a century. He now is putting his money into the property sector and expanding rapidly.

Amtel Properties, a company owned by Indian businessman Sudhir Gupta, said earlier this year that it plans to enter the hostel market. Its first project in this area will be a hostel with 3000 beds.

"We are embarking on the construction of the largest modern hostel in Moscow," said Gupta in an interview with Vedomosti. "We can see that this niche has not been filled, and that the potential is there."

The first phase, he said, would provide roughly 1000 beds. "We believe that there will definitely be demand for 1000 beds in a great metropolis like Moscow, where domestic tourism is growing, and a large number of sporting and cultural events, including the football World Cup, are taking place."

According to Gupta, considerable significance will be accorded in the project to the related infrastructure (parking, meeting rooms, Internet services, laundry facilities and catering). Given the support that the company is currently receiving from the government of Moscow, the project should be completed relatively swiftly, within 18 months to two years.

Sudhir Gupta arrived in Russia in the 1970s. In 1983, he graduated from the Peoples' Friendship University in Moscow. He founded the Amtel Group 26 years ago. The company has operated in various business areas including rubber imports, electronics distribution, tyre manufacture and vodka, mineral water and tea production.

Gupta said his most profitable business in Russia was electronics retail, a sector in which he worked in the early 1990s as a distributor for major companies.

After electronics, he went into the production of tea, vodka and mineral water. In 2005, Amtel purchased the Dutch tyre manufacturer Vredestein. Several years later, Gupta sold his stake in Amtel-Vredestein, and invested the proceeds in property.

Today, it is property that forms Amtel's core business. The Amtel Properties portfolio amounts to 1 million sq. m, and is worth almost $450 million. The company specializes in the development of commercial infrastructure; office centres, hotels and logistics properties. In addition, it owns a 350-bed hospital in central Tbilisi, Georgia.

Asked how the economic crisis in Russia was affecting his business, Gupta acknowledged there had been an adverse effect across all sectors of the country's economy. In the property industry, the office sector has been the worst hit.

"Our Orbita business park has an area of more than 200,000 sq. m and an overall occupancy rate of roughly 80%. Previously, this was higher; 98%, but evidently in the current situation this is the limit," he said.

On the other hand, according to Gupta, the sector doing most successfully is logistics property. "Yields have fallen there, but at the same time demand for warehouses remains relatively high, and costs in this segment are lower, as the expenses are almost unconnected to the dollar," he said.

The company opened the Hilton Garden Inn, a resort-style hotel on the Novorizhskoye Highway, just outside Moscow in 2014. This was the Western hotel operator's first hotel in Moscow Oblast. "Despite the fact that we opened the hotel at the beginning of the crisis, its weekend occupancy rate is up to 90%, so we consider the project to be extremely popular. I have even celebrated New Year's there myself," said the businessman. "It is clear that the Russian tourist has turned towards the domestic market and is ready for a comfortable holiday in the Moscow region. We are thinking about repeating this experience, although we do not have any specific project concept yet."

Gupta feels that a hotel should be operated by professionals. "With regard to all our hotel projects, this is what we ultimately aim for; to use a renowned international operator to increase the yield on the property and the value of our hotel portfolio. We have three projects with Hilton, one in Georgia with The Ascott, and now a new partner, InterContinental."

In Ukraine, the company’s portfolio includes a logistics centre with an area of approximately 50,000 sq. m and a utilisation rate of 94%, with most tenants being international companies.

"We have plans to build a second phase of this logistics centre. In the current situation, we are looking at built-to-suit options. We also have a second project in Kiev: a retail centre. Admittedly, we have postponed its construction for the moment," said Gupta.

"In Belarus, we have signed an agreement with the government for construction of a retail centre right in the heart of Minsk. The location is very popular, next to the central railway station, where the city is building a new transport hub. In addition, the site is near our business centre and hotel. This should produce good synergy. On the 2.5 ha, we plan to build approximately 40,000 sq. m with parking. In Belarus, by the way, it is very easy to work,” Gupta said. “The city administration is very active, they're accommodating, and all the deadlines in our agreements are met," he said. "We built our property almost a year ahead of schedule."

Sudhir Gupta's son, Daniel, was born in Moscow and studied at the London School of Economics and Political Science. He is the CEO at Amtel Properties.

"In the mid-2000s, the Moscow property market developed so rapidly that this could not be ignored," said Daniel Gupta to Vedomosti. "By then, we had built up a number of non-core assets that we had inherited from businesses of various ages. For example, there were some old blocks at the Orbita factory, where televisions had been made in Soviet times. I made the decision to bring these assets together under a common structure, so Amtel Properties came about in 2005."