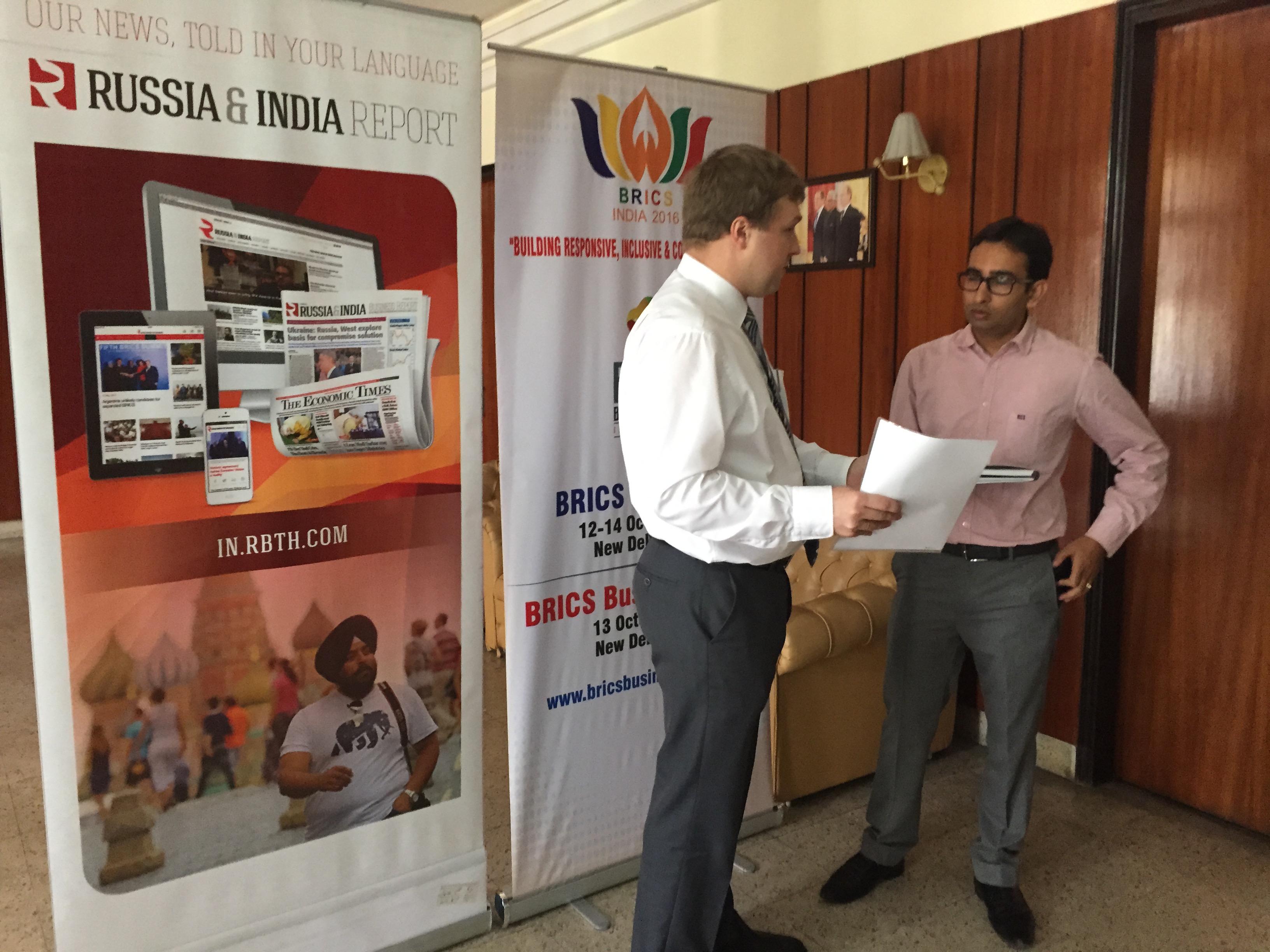 The first BRICS Trade Fair to be held in New Delhi October 12 and 14.

Press Photo
Russia’s Trade Mission in India showcased a presentation of the immense possibilities offered to Russian companies in the first BRICS Trade Fair, which will be held in the Indian capital between October 12 and 14.

The Russian Trade Mission in India held a presentation for Russian organizations about the first BRICS Trade Fair. The fair will be held in New Delhi on October 12-14, 2016.

Inaugurating the event, Yaroslav Tarasyuk, Russian Trade Representative in India noted the practical importance and possibilities offered by the BRICS Trade Fair for development of multilateral (in the BRICS format), and bilateral Russian-Indian cooperation.

This is first time since 2008, when the Year of Russia in India was held, that Russia is organizing a major national exhibition in India, which will showcase the export potential of Russian companies, investment projects of Russian regions, and promising cooperation projects in various sectors.

Tarasyuk also said that the Russian Chamber of Commerce and Industry, which represents Russia in the BRICS Business Council, is coordinating and organizing Russian participation in the forthcoming trade fair.

Bipin Menon, Director in the Department of Commerce at the Indian Ministry of Commerce and Industry, said in his address that the BRICS Trade Fair is an initiative of Indian Prime Minister Narendra Modi. It is aimed at supporting and developing trade and economic cooperation among the BRICS countries and implementation of the tasks set out in the BRICS (Brazil, Russia, India, China, South Africa) Economic Partnership Strategy.

Anshuman Khanna, Director of Economic Multilateral Cooperation of the Federation of Indian Chambers of Commerce and Industry (FICCI), made a detailed presentation about the BRICS fair. Among attendees at the event were representatives of Aeroflot, Sberbank, VTB Bank, Promsvyazbank, Gazprombank, Gazprom, Rostec, Atomstroyexport, and RIR.

The presentation was organized by the Russian Trade Mission in conjunction with the Indian Ministry of Commerce and Industry and FICCI.