ONGC hopes to purchase 11% stake in Vankorneft from Rosneft 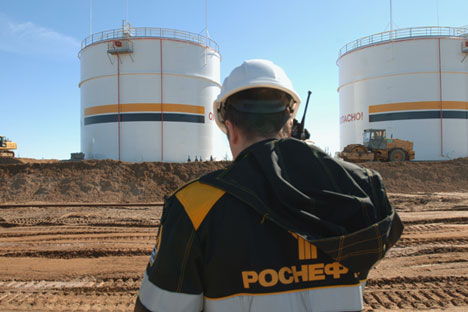 Indian energy giant expects to sign a deal with the Russian oil producer Rosneft by September.

Indian energy giant ONGC expects to sign a deal with the Russian oil producer Rosneft by September to expand its share in the joint enterprise Vankorneft by 11 percent, the company's managing director, Narendra Verma, said Friday.

In 2015, ONGC bought a 15-percent stake in Vankorneft for $1.26 billion in a deal with Rosneft that provided for the subsequent enlargement of ONGC's share in the company to 26 percent.

"We are trying to augment our 15-percent stake with 11 percent additional [shares]. So that process is on [going]. And we hope to conclude all these things by September 2016," Verma was quoted as saying by CNBC-TV18.

Vankorneft, a joint enterprise coowned by Rosneft and the Indian state, is responsible for developing Russia's Vankor Field, pumping over 60,000 metric tons of oil and natural gas liquids (NGL) per day. In 2015 Vankorneft's production totaled 9.75 billion cubic meters of gas and 22 million tons of oil and NGL.