Which holds more advantages for Russia: South Stream or TurkStream? 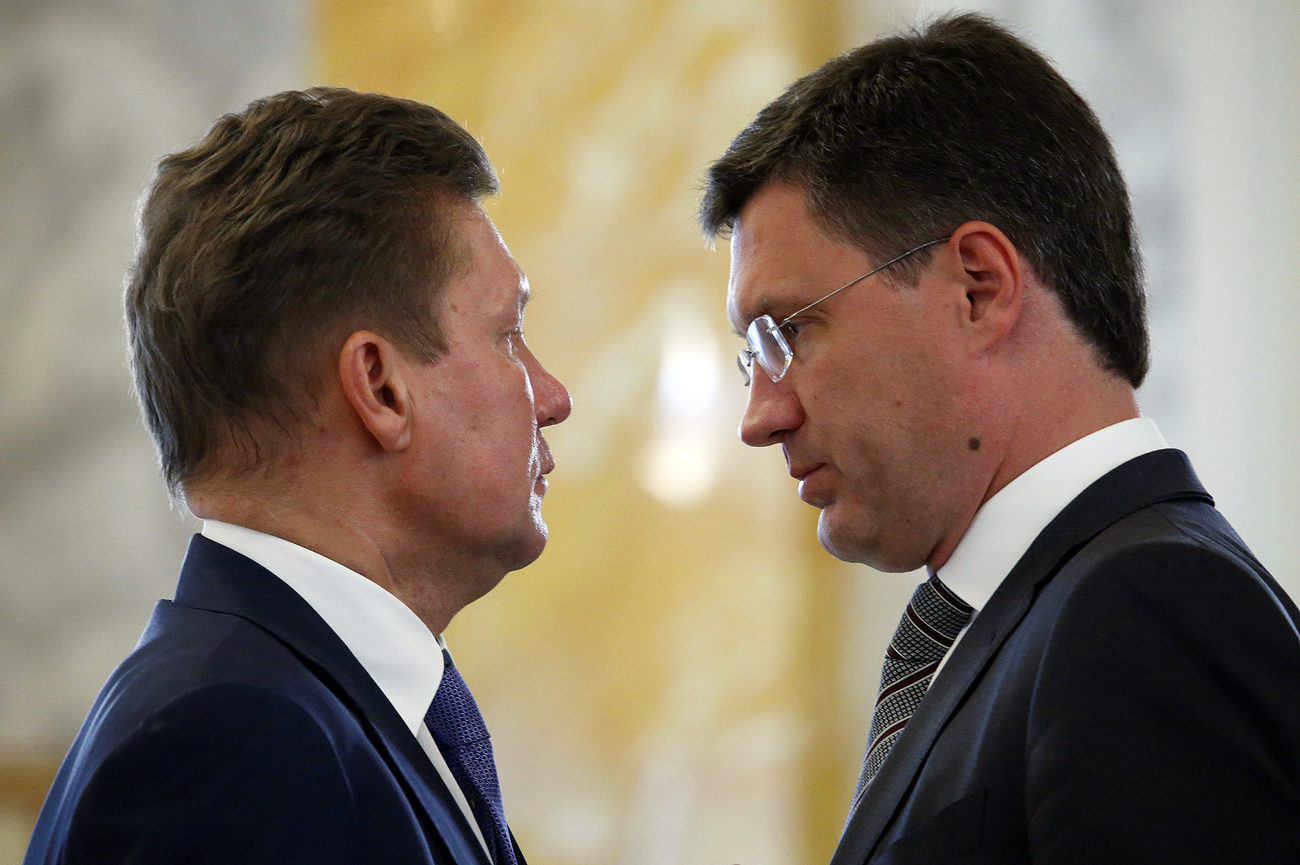 Reuters
Two mega gas pipeline projects across the Black Sea are in the offing; one via Turkey and one via Bulgaria. Both entail considerable political risks, analysts say. Russia will have to choose which is more advantageous for the country.

Russia and Turkey are in talks about beginning construction of the TurkStream pipeline, Energy Minister Alexander Novak said. The Russian President, however, did not rule out that the country would return to discussion of the South Stream pipeline; a gas pipeline from Russia to Bulgaria and further to the countries of southern Europe.

"Now, intentions alone are not enough, legal guarantees should be ironclad," Putin said.

Both pipeline projects involve the delivery of up to 63 billion cubic metres of gas per year under the Black Sea. Russia initially planned to focus on finalizing the South Stream project but, in December 2014, the project was frozen at the initiative of Bulgaria, under pressure from the European Commission.

Bulgarian authorities explained that the project did not meet the standards of the Third Energy Package, according to which the same party may not own the infrastructure and be a fuel supplier. Russia's Gazprom insisted that these rules did not apply to the South Stream, since that agreement about the project was signed earlier.

Given this hurdle Putin, in late 2014, announced the concept of a new project, TurkStream, in which a decision was taken to turn the same pipeline under the Black Sea toward Turkey. However, that project was shelved after the Turkish Air Force shot down a Russian plane in November 2015.

What is more advantageous?

According to analysts, both projects carry significant political risks but, given the European Union's steadfast opposition to South Stream pipeline (under terms of the Third Energy Package), the TurkStream appears preferable for Russia.

Gazprom, in this situation has, perforce, become dependent on the Turkish side.

Khestanov said if pipes are laid through Turkey, Ankara would have the same opportunities for political pressure on Russia that Ukraine currently has. Also, Botas, the Turkish natural gas monopoly, has even appealed for international arbitration to demand a discount from Gazprom.

Unlike Bulgaria, however, Turkey can take its own decisions and is not obliged (like Bulgaria) to adhere to requirements laid down by the European Commission.

Another risk for both projects is that, Russia in 2016 announced the expansion of the Nord Stream, a gas pipeline under the Baltic Sea, to ensure supplies if the Black Sea pipeline freezes over.

Given these circumstances, analysts said, the main risks to the TurkStream and South Stream, are not political decisions, but low gas prices. Prices of "blue fuel" are tied to oil prices, and they are stable at a low level.

"Today, the economy is not working for the benefit of both pipelines, as the cost of gas at the border with Germany was at historic lows just a month ago and is unlikely to reach the highs when the 'streams' in the Black Sea were relevant," Ivan Kapitonov, associate professor at the Russian Presidential Academy of National Economy and Public Administration’s Higher School of Corporative Management, told RIR.

Kapitonov said both the South Stream and TurkStream pipeline projects are very expensive. The TurkStream costs almost 2 billion euros more than Nord Stream 2, which has been actively developing over these years.

According to Khestanov, the existing pipeline capacity is already largely redundant today.

"If the Ukrainian transit works properly, there will not be any need for the construction of new gas pipelines," Khestanov said.

From the economic standpoint, there is only one right direction to follow; construction of Nord Stream 2, which will allow the Ukrainian transit to be abandoned, Kapitonov said. He also said that negotiations on both South Stream and TurkStream would only strengthen Russia's position in the negotiations with partner countries in Northern Europe.