Two years of western sanctions on Russia have changed business 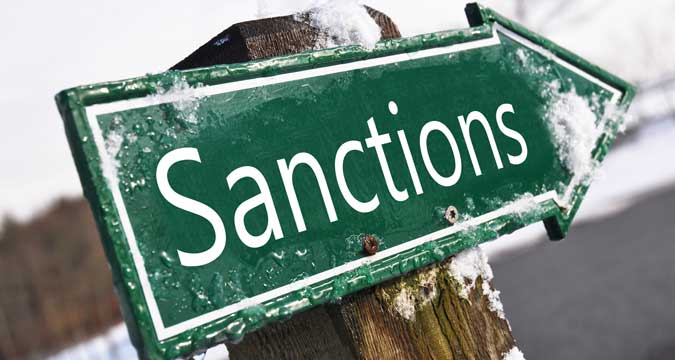 Shutterstock/Legion-Media
Western countries adopted sanctions against Russia two years ago. Moscow responded with its own set of counter-sanctions. How have European businesses learned to live with the new economic reality in Russia?

Economic sanctions were imposed on Russia two years ago, to which Moscow responded with counter-sanctions. While political leaders in the United States and Europe did adopt the sanctions, European businesses do not appear to have supported them.

Russia Direct interviewed representatives of German and French businesses in Russia to understand how Russia and the European Union have adjusted to sanctions in the two years since their adoption. How have the sanctions impacted EU-Russia economic relations? What role did the U.S. play in pushing Europe towards adopting sanctions against the Kremlin?

Eminent representatives of French and German business and industry air their opinions:

Emmanuel Quidet, president of the French-Russian Chamber of Commerce:

“The sanctions were meant to hurt Russia, especially the financial sanctions. Business in Russia cannot get long-term funding, so it is very difficult for them to invest into any long-term projects. And, of course, the reaction of the Russian government was to create and develop the import substitution model, to develop the local economy. And those actions worked in some areas, but not for technologies, because it is very difficult to replace them. However, for agricultural business it works very well.

“We see even now, for example, some French company is making cheese in Russia. They are creating a joint venture with Russians and they are making French cheese in Russia. You also see that in the pork business, for example, where Russia decided to increase its subsidies to the local pork industry to become independent more quickly. And it also worked very well. This year Russia will be fully independent when it comes to pork.

“So, that means that French and European business will never fully recover. They won’t be able to get back their share of the market. Thus, these sanctions are hurting not only Russia but also Europe. So, every business and many European companies are losing now and when the sanctions are lifted, they will never recover. Russia has found a new way of doing business. For example, the pork industry is not going to import any more from Europe. Even if we talk about technologies, instead of buying them from Europe, they come from China. And that will last, so things will never be the same again.

“Despite all these setbacks French businesses adapted, of course. But not every sector of the economy was impacted in the same way. If you take the construction business and the automotive business, they were very impacted. If you take pharmaceutical companies, they were impacted much less and they are still doing pretty well.

“There is obviously less investment in Russia now, but if we talk about French business in particular, it was the first and biggest foreign investor in Russia in 2014 and 2015. France had the highest presence in Russia with Auchan, Renault and Societe Generale. Not a single French company out of the 1,200 left Russia. They adapted and continued to invest.

“Russia is not North Korea, which is an extreme example of an isolationist state. Diplomacy had to be used in dealing with the crisis with Russia. That is what diplomacy is created for; to solve a problem avoiding confrontation and war. But using economic sanctions to fight a political crisis is the failure of diplomacy. With countries like Russia, such logic does not work. Russia imposed counter-sanctions and had every right to do that.”

“Certainly, the impact of the sanctions is negative and this relates to both Western sanctions and Russian counter-sanctions. Their impact on foreign trade is negative. It is probably less negative than many other factors like the drop in oil prices, which has had a significantly greater impact on the decrease in foreign trade. Russia’s trade with Germany has dropped by about 50 percent.

“There is an effect of the sanctions but the direct effect on trade is probably less severe than the effect on the psychological climate, on the business climate in general.

“And there is the third effect here, which is financial. So, the effect of financial sanctions is very difficult to measure but many banks say this had quite some effect [on their operations].

“Then, there is a fourth effect: many Western companies in Europe look at the EU sanctions but they also pay attention to American sanctions. Either they have business in the U.S. and are afraid they may to lose it, or they legally have their representative offices in the U.S., and through such a representative office, there is a direct influence. It is really a complex situation.

“Talking about German business, this can certainly be measured. Two years ago, in 2014, we had around 6,400 German companies registered in Russia. At the end of last year, the number fell to around 5,800 companies. Around 600 companies withdrew from Russia. This could include companies that were doing zero business and finally decided to withdraw from Russia. Actually there are very few examples in which German companies in Russia decided to close down because of the crisis.

“Usually it is for many other reasons. I don’t know of a single German company, for which sanctions were the cause of their closing. German companies are well known for their sustainability and for sticking to a market like Russia in the long run. This is also because German companies are largely small and medium size businesses, family-owned businesses – so people there do not pay attention to the stock exchange, but they pay more attention to a good relationship with their business partner abroad.”