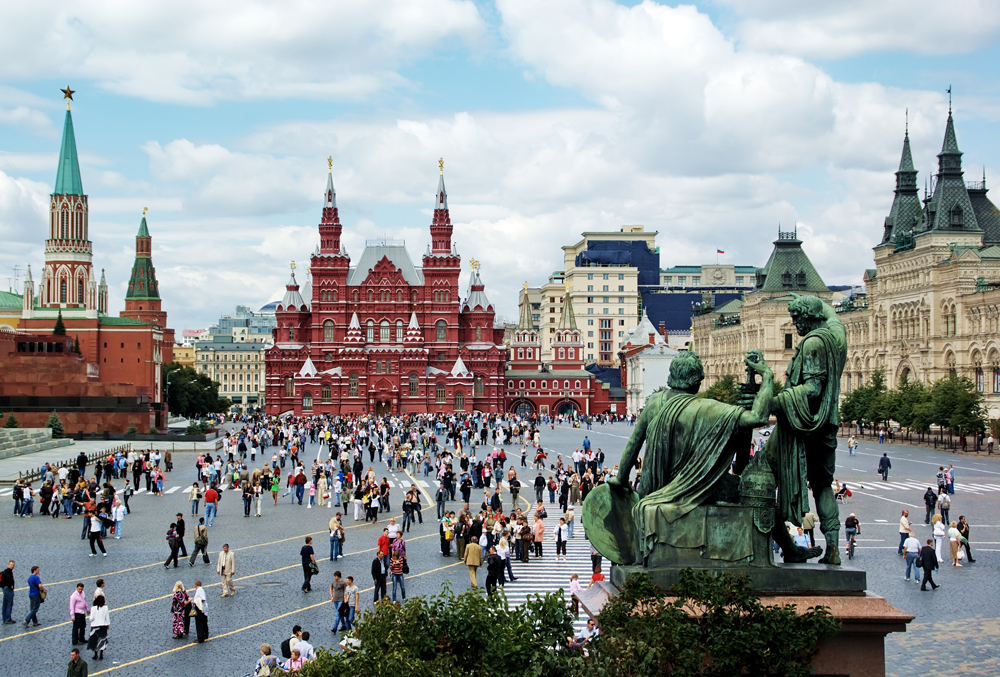 Shutterstock
With the number of Indian tourists travelling abroad for leisure and business growing tremendously, the Russian tourism industry has begun recognizing the potential. Russia, however, has to resolve some problems to make the Russian experience unforgettable for Indians.

The number of Indian tourists traveling abroad grew from 3.81 million in 1998 to 18.33 million in 2014, according to data from India’s Bureau of Immigration. This means that 1.5 per cent of the country’s population travels abroad every year. With rising income levels and changing lifestyles, the potential for growth is tremendous, given India’s huge 1.25 billion population. India has already become one of the fastest growing outbound travel markets, and, according to UNWTO predictions, India will account for 50 million outbound tourists by 2020, while the outbound tourism market may exceed US$ 40 Billion by then.

At the same time, going by this data, Russia merely accounts for 0.5 per cent of Indian tourists travelling abroad. Around 95 000 Indians visited Russia in 2015 either on tourist or business or private visas, according to Russia’s official statistics.

“The good sign is that according to the statistic from Russian foreign missions in India, the number of tourists last year has doubled since 2014,” Valery Korovkin, head of international cooperation department at Russia Tourism (Federal Agency for Tourism) told RIR.

He said that although the tourist visas accounted for just one third of the total, any person spending time in Russia for any kind of activities rather than employment or studies should be considered a tourist.

“The Indian market is growing very fast. If in the early 2000s someone told me that China would become number one in terms of outbound tourism, I would have never believed it, but today it is a fact. Same can happen in case of India,” Korovkin said, adding that Russia Tourism sees India as a very interesting market and is considering opening an official “Visit Russia” office in India. The government agency is in the process of looking for a reliable partner and has received proposals from large industry players.

“Visit Russia” is an official brand of the National marketing centre for tourism, formed in 2015 as a part of the Federal Agency for Tourism. “Visit Russia” offices are functional in Germany, Spain, Italy, France, China, Vietnam, Iran, Kuwait and OAE. However, the agency does not have an official website yet which often leads to misconception among tourists.  In India, for example, there are several websites having “Visit Russia” on their home page. Most of them belong to individuals or private companies from the tourism industry.

Julia Mohovaya, Head of the National marketing centre “Visit Russia”, told RIR that Russia has experienced tremendous growth in the number of Chinese tourists after visa-free regime for groups was implemented in 2015. “If the same could be done for Indian tourists, their number could grow five times just in one or two years,” she said. As RIR reported earlier, Rostourism is planning to sign such intergovernmental agreements with India, Iran, and Vietnam in the near future.

Way to heart through the stomach

However, attracting large numbers of Indian tourists to Russia is easier said than done. Both tourism authorities and industry players admit there are many issues that Russia is yet to resolve when it comes to Indian tourists’ requirements for accommodation, food services and even cultural programmes or leisure activities.

“Food is very important, it has to be only Indian food from an Indian restaurant, and this limits the options for meals and increases the cost of tour packages. The tour guides often decline working with Indian groups because they have had some uneasy experiences. Often, hotels are not ready to receive groups of Indian guests for multiple reasons,” she said. 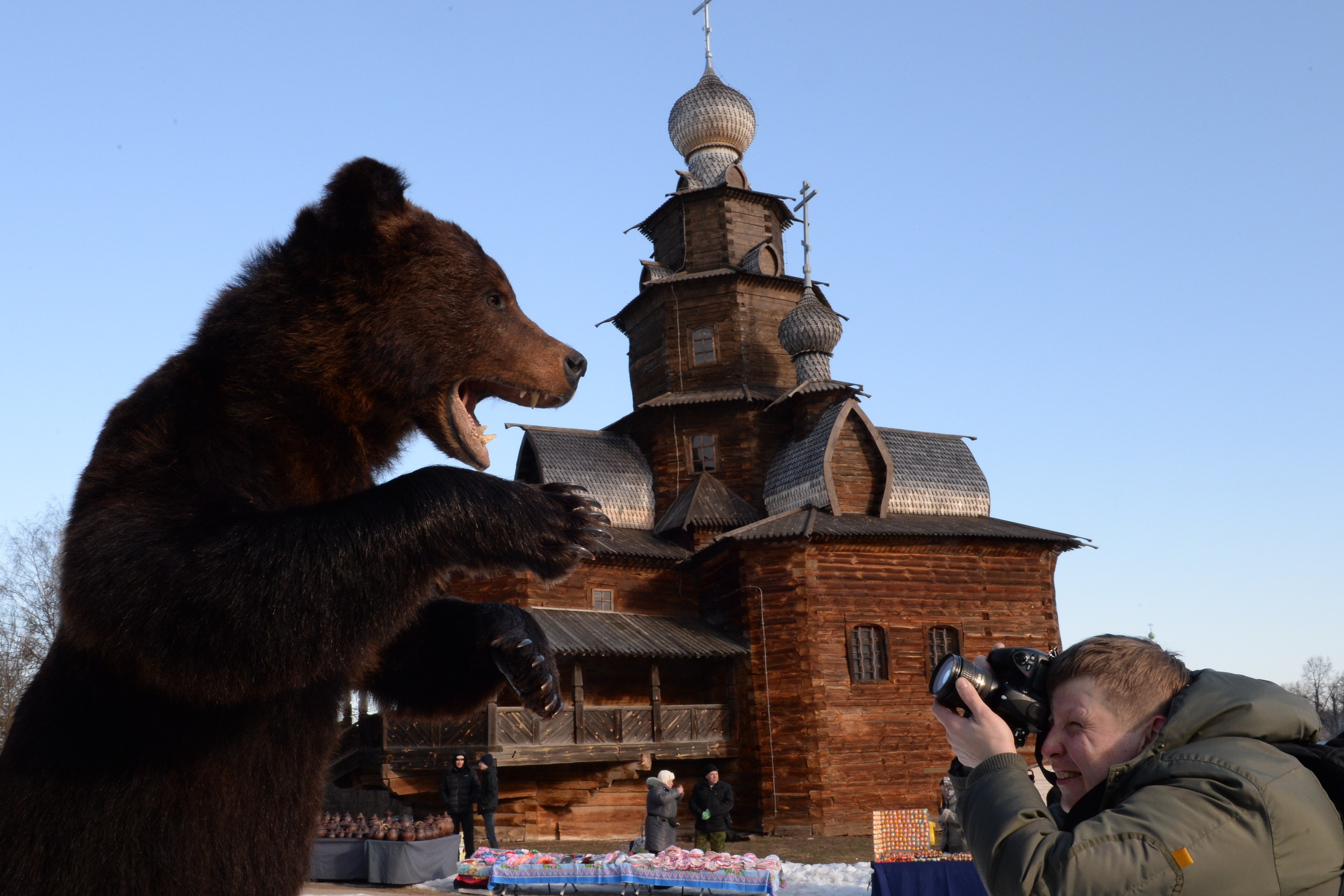 Experts note that food is among the major reasons why hotels are not willing to receive large groups of Indian guests as they neither have Indian or pure vegetarian food in their menu nor are willing to allow Indian cooks in their kitchens or catering from Indian restaurants. There are other issues as well - from electric kettles being used by guests for boiling milk and making soups to incense sticks causing inconvenience to other guests and oils damaging towels and bed linen.

“Indians are among few nations who follow their culture and traditions, food habits thoroughly, so food, especially vegetarian food, and tea become the main part of services,” Nelli Matveeva, manager at AGNI club hotel in St. Petersburg agrees. “Just recently, we had a case when our Indian guests ordered tea, and, as we learned later, it was supposed to be served with milk which we never do. So we actually had to source the milk in the middle of the night”.

In a move to make the Russian hospitality industry understand habits and demands of Indian tourists better, the Russian Information Centre (RIC) in India has recently issued a manual for Russia tour operators. It also issued a handbook on Russia for Indian tour operators and travel agencies.

Ekaterina Belyakova, head of the RIC in India, said the Centre had conducted several familiarization trips to Russia’s major travel destinations, Moscow and St. Petersburg for Indian tour operators in the past few months. It is also planning to conduct such tours to Crimea in September.

“By organizing such tours we are not only showcasing the best activities that Russia can offer but are trying to make tourism professionals more accustomed with Russia and its hospitality industry, and break some stereotypes about Russia, too” Belyakova said.

Brijesh Gandhi, Head of Classic Holidays & Resorts Makerz, believes there are many reservations regarding Russia in India, regarding food, safety, weather, but all of them disappear after they explore Russian personally.

“Russian can offer anything that an Indian tourist needs, a mix of cultural and heritage attractions, beautiful nature, entertainment and outdoor activities, shopping,” he said.

To change the perception of Indian tourists in Russia and help to increase the number of Indians travelling to Russia, the RIC is now working to create an “India Friendly” policy similar to the “China Friendly” policy (started in 2014 by World without Borders association). 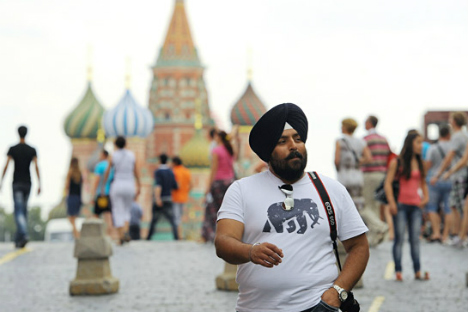 Belyakova believes the “India Friendly” policy will aim at tailoring services provided by various segments of hospitality sector, from hotels, restaurants, museums to city guide and transportation services, to the demands of Indian tourists, their habits and expectations.

“Unfortunately there is still lack of understanding in the Russian tourism industry that cultural traditions, social norms and customs, sentiments and the taste of food are very important in case of Indian tourists,” she adds.

Experts say it is difficult to predict whether the “India Friendly” policy will be as popular among hospitality sector players in Russia as the “China Friendly” policy was. According to Matveeva, there is a difference between Chinese and Indian tourists. Chinese guests are ready to visit Russia all year round while Indian tourists prefer travelling during the otherwise busy summer seasons. There is also a difference in perception of tourists’ spending power.

“Chinese tourists are ready to pay more for more comfortable accommodation while we do not have this understanding about Indian tourists. Instead, according to our experience, they rather prefer less costly accommodation, and they always ask for discounts even for basic options,” Matveeva says.

Tailoring services to Indian tourists’ requirements is a matter of time, experts say.

“As the tourist flow from India to Russia grows, the understanding of the importance of catering to particular demands of Indian tourists and altering services according to their expectations will definitely rise in Russia,” said Korovkin from Russia Tourism.