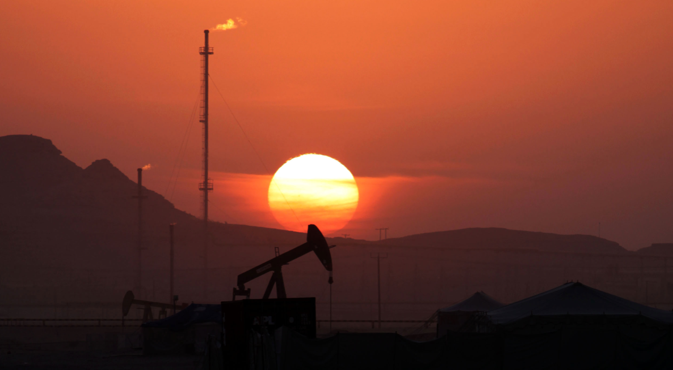 Until recently, India bought almost no energy from Russia, but at the end of 2014, during President Putin’s visit to New Delhi, Rosneft agreed on the main terms of a contract with the Essar Company.

Russia’s energy major Rosneft and India’s Essar group signed a 10-year contract on July 8, for supply of 100 million tons of crude oil for subsequent processing at Essar’s refinery in Vadinar, India. The contract was signed at Ufa, during a meeting of business leaders prior to the BRICS and SCO summits. Also important was the fact that Russian and Indian companies signed an agreement on conditions for Rosneft’s entry into the authorized capital of the oil refinery owner – Essar Oil Limited.

Against the background of a possible economic slowdown in China, India is becoming a global engine of world economic development. According to forecasts, India’s GDP will grow at least 6-7% annually growth until 2020. With that growth, the consumption of energy resources would also increase. Consequently, the Indian economy’s needs for oil will increase from 224 million tons in 2014, to an estimated 310 million tons in 2030, while demand for gas will rise from 51 billion cubic meters in 2014 to 115 billion cubic meters in 2030.

India cannot supply enough own energy for its needs: in the coming years, oil production in the country is expected to remain at a stable low level of about 40 million tons per year (13% of demand by 2030) and gas, about 50 billion cubic meters (43% of demand by 2030). During the past three years, gas production in India has been steadily declining (the total drop is about 30%).

Until recently, despite intense political contacts within the framework of BRICS and SCO organizations, the Indian market for Russian oil and gas companies has been a kind of “blank spot:” the volume of oil imports from Russia has remained under 1%. The signed agreements should increase this figure five-fold, and this is only the beginning, given the willingness of Rosneft to expand its presence in the Indian market, as well as India’s desire to diversify its energy supplies.

The signed agreements will allow Rosneft to reliably increase the market for it products, start marketing and sales development in the region, and increase the volume of deliveries to India. Currently, the retailer network of Essar Oil Limited consists of 1,600 gas stations. Rosneft and Essar plan to increase the total number of gas stations up to 5,000 over the next two years. In addition, they are going to significantly increase the production capacity of the refinery if Vadinar, raising the annual volume of oil processing up to 45 million tons by 2020 (at the moment, the plant has a capacity of 20 million tons). The refinery, by the level of its technological sophistication, is considered among the top ten plants in the world. This not only means that Rosneft has purchased a high quality asset, but also that relatively small investments will be needed for the modernization of the complex.

Even more important is the fact that this contract between Rosneft and Essar is yet one more strategic step in Russia’s turn to the East. Rosneft, in addition to its work with Essar, is currently holding negotiations with its partner in the Sakhalin-1 Consortium – the Indian Oil and Natural Gas Corporation (ONGC). The Indians are being invited to enter projects in the Arctic and Eastern Siberia, as well as to take part in the construction of the Far East LNG plant. The recently concluded deal with Essar, may push ONGC to speed up the negotiations process.

At the end of 2014, the total trade turnover between Russia and India amounted to $9.5 billion, or 94.4% of the 2013 level. The hardest hit has been the exports sector, around 9.2% lower than the previous year. The new agreement between Rosneft and Essar will increase trade turnover between the two countries by at least 50%, which also means the Russian state budget will receive more revenues from taxes and customs fees.