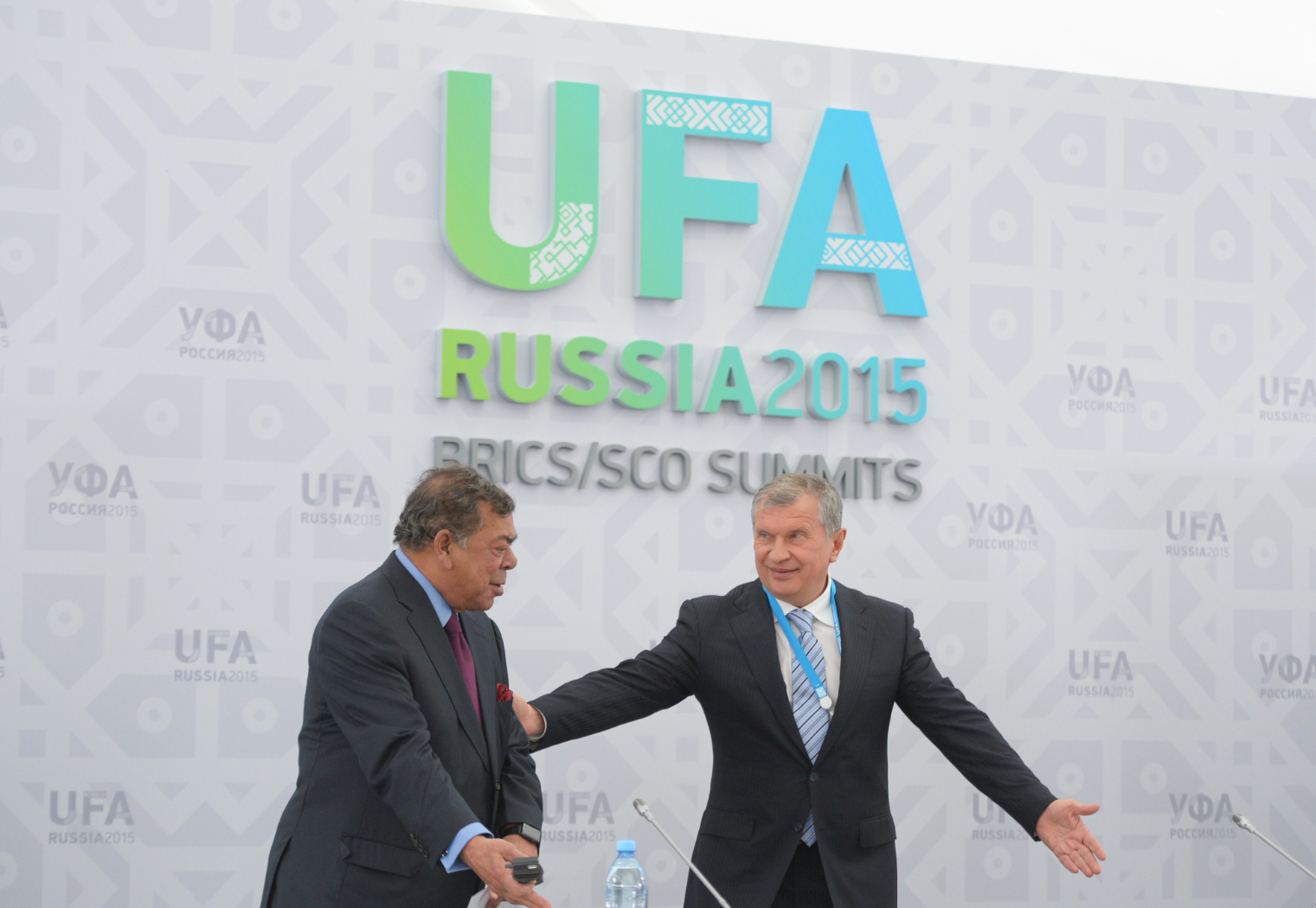 BRICS2015.ru
Russia and India must become strategic partners to enhance long term cooperation in the energy sector, concluded specialists from both countries who participated in a Moscow-New Delhi video bridge.

There are good prospects for India and Russia to cooperate in energy during the 21st century and they must become strategic partners in the sector. Russian and Indian specialists who tok part in a Moscow – New Delhi video bridge, held on Wednesday in MIA "Russia today," arrived at this mutual conclusion.

India is currently putting in place a long-term strategy of transition from dependence on oil to non-fossil fuels including nuclear energy and, at every stage of this process, New Delhi sees Moscow as a valued partner, believes Narendra Taneja, president of the World Energy Policy Summit and a leading Indian energy expert.

"In the next 30 to 40 years we will be preparing to become an economy based on natural gas and, in this regard, Russia and India are capable of much. In terms of field development and gas production as well as in the construction of gas infrastructure, I mean the pipelines – we hope that one day we will build a gas pipeline from Russia to India, for example, through western China," said Taneja.

He said oil and gas cooperation is only an intermediate stage on a big picture.

"When I talk about oil and gas, I see them as a bridge. After 2070, we hope to increase the share of nuclear and solar energy in our energy balance, and their share over time should exceed 50%.," said Taneja.

From trade to cooperation in manufacturing

"We have a very large partnership experience, and these are the areas where we can work together. Russia and India are just made for each other, to cooperate in the energy sector from oil to renewable energy and the atom," believes Ivashentsov. "Now, in all sectors, be it energy or military-technical cooperation, Russia does not simply act as a supplier, and India as an importer. We are planning cooperation in the production," he said.

Rosneft, Oil India, Indian Oil and Bharat Petro Resources signed a contract in June for the sale of 23.9% in Vankorneft 'and a shareholders' agreement. Fulfilling conditions of the signed documents, along with the previously closed deal to buy 15% of shares in Vankorneft’s “daughter" by ONGC will create a unique international consortium, noted the Russian company.

Sergey Donskoy, head of Russia’s Ministry of Natural Resources also said earlier that Rosneft is in negotiations with ONGC to jointly participate in offshore projects in the Arctic.

Last, year, Rosneft signed a number of agreements, under which the Russian company will become a co-owner of the refinery located in the city of Vadinar, owned by the Indian Essar Oil Company.

Meanwhile, privatization of 19.5% of shares in Rosneft is planned in the second half of 2016. Deputy Prime Minister Arkady Dvorkovich did not rule out the possibility of participating in privatization of the company's Indian partners.

"It is expected that a significant portion of these assets will be acquired by Indian companies, that there is an exchange of assets. This is a very important moment," said Ivashentsov.

The high negotiability between Russia and India is also proved by their interaction in the nuclear industry, Ivashentsov noted.

"Russia is the only foreign country that is building nuclear power plants in India. Despite the fact that Western countries have declared adequate preparedness, they are not ready to accept the conditions set by the Indian government that the nuclear power plants’ construction workers should be responsible for the safety of the reactors. The Russian side was ready to do that," said Ivashentsov.

Russia and India signed a general framework agreement in the spring of 2014 on construction of the second stage (the third and fourth blocks) of the Kudankulam Nuclear Power Plant. In December they signed documents to allow construction work to begin.

Valery Limarenko, President of the ASE Group of Companies (Atomstroyexport) said earlier that in autumn this year, Russia and India could sign a general framework agreement for construction with participation of Rosatom in the fifth and sixth Kudankulam NPPs.

According to Ivashentsov, these successes are only one of the facets of interaction, which is now consolidated in the Eurasian space.

"While in the background of a referendum in the UK to exit from EU, integration in Europe is weakening, the BRICS and the SCO, which India is entering, is constantly strengthening, and this is an important point which will be of global significance," Ivashentsov said.