Crimea to open for Indian projects 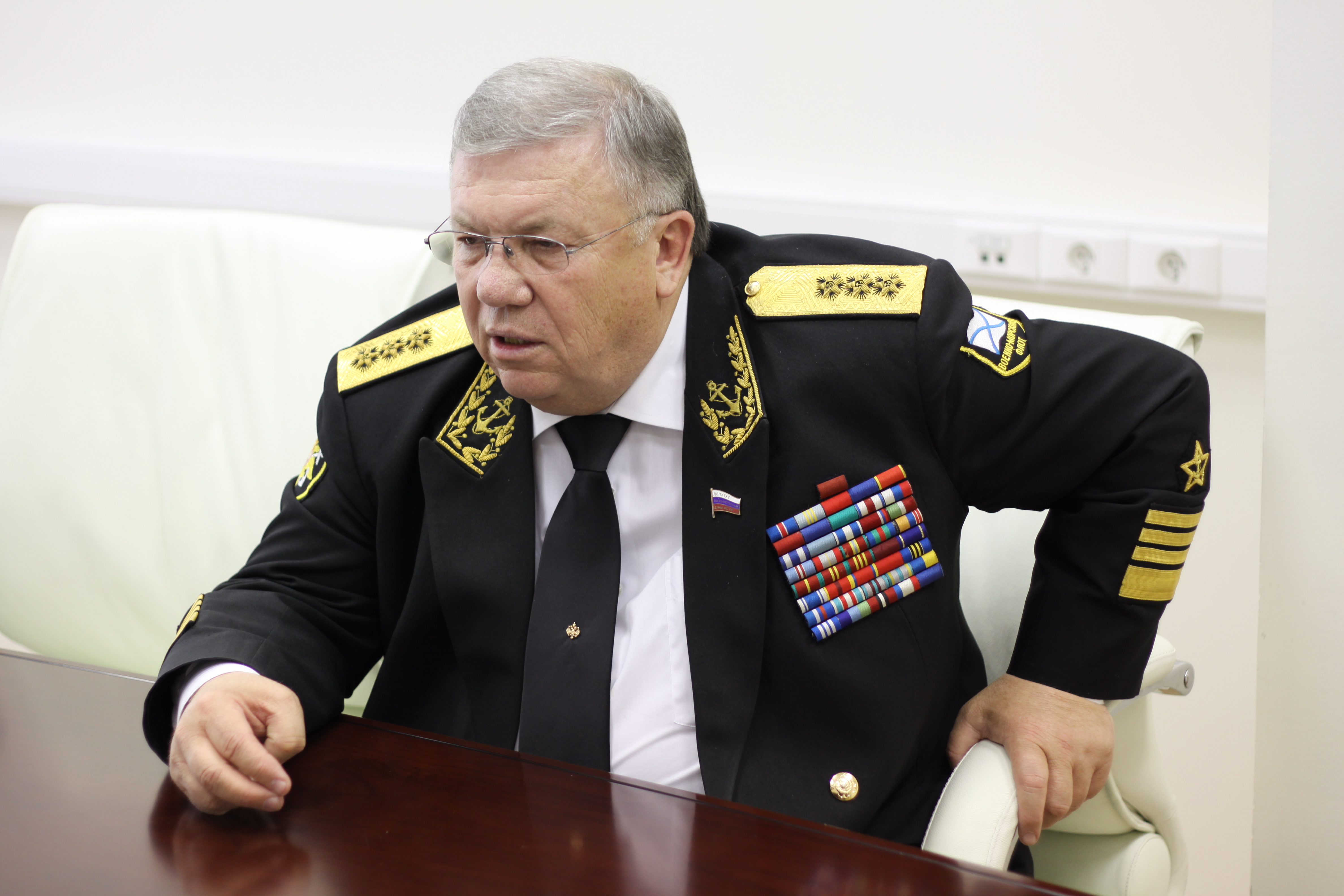 Press photo
Admiral Vladimir Komoedov, chairman of the State Duma Committee for Defence, believes that construction of the Crimean Bridge can become a stimulus to develop Russian-Indian logistics and port projects in the Crimea. He outlined his ideas in an interview with RIR.

Do you plan to conclude a preferential agreement between the Eurasian community and India? What preferences will Indian and Russian get companies in this regard?

After the Russian-Indian talks in Moscow in December last year, Prime Minister Narendra Modi said that the parties "are moving forward in the agreement with the Eurasian Union." We have strong ties in the field of military-technical cooperation. It is time to build a "civil" commodity turnover. President Vladimir Putin called the volume of trade between Russia and India insufficient.

What will be Russia’s attitude to the participation of foreign companies in the development of the Crimean Peninsula?

We are open to cooperation. Most friendships, like big politics, are the links of one chain. The region is visited by businessmen from different countries, however, European businessmen go there incognito, because political differences prevent them from declaring their interest in the Crimea. We are now negotiating with our Asian partners at the highest level on the creation of preferences within the framework of the Shanghai Cooperation Organization. Expanding the Russian-Indian cooperation would help new initiatives, affecting multiple areas, such as the creation of the Russian-Indian Investment Centre in Sevastopol.

Does Crimea already have projects under which it makes sense to create such a centre?

In the near future, the region will face serious changes in terms of logistics: the Crimean Bridge is actively being built. It will connect the peninsula with mainland Russia. There will be a highway and rail connections, which have been interrupted since the beginning of the Ukrainian crisis. Now we are starting the construction of logistics and port infrastructure in order to have time to commission the Crimean Bridge in 2019.

But even before the events in Ukraine, during which the Crimea went to Russia, foreign investors did not show much interest in the peninsula.

This is not so. On the eve of the coup in Kiev, Chinese companies became interested in construction of a deep-water port in the Crimea, but in the background of subsequent events, the project was shelved. Now the situation has changed dramatically, and the construction of the Crimean Bridge will change it even more.

Russia is interested in their Indian partners’ experience in the development of port infrastructure in Mumbai - one of the largest logistics centres in the world.

Sevastopol as a major Russian port and a resurgent shipbuilding centre, allows a pilot investment project to be developed. It is worth starting with the work on the development of port and logistics activities in the Crimea with the assistance of the excellence of our Indian colleagues.

Mumbai and Sevastopol have much in common: a major port and naval base, the western command of the Indian Navy, and strong port and logistics centres are located in Mumbai.

The Russian-Indian Investment Centre in Sevastopol would allow to emphasize the strategic nature of the partnership between our two countries and to identify the promising areas for further development of cooperation.

Is that not enough for Russian-Indian relations?

That's what the Ambassador of India to Russia Pankaj Saran said at the opening of the Russian-Indian exhibition in the State Duma. Unfortunately, the current level of relations between our countries is not sufficient for normal cooperation. The level of contacts are not the same that it was in the Soviet Union. In order for business to develop, we need to talk more about Russia in India and in Russia about India. This is one of the major challenges today. Russia has again come to the Grand Asia and I am sure that India is the "golden key" that opens the gates to the new Russian-Asian politics.

How are Russian-Indian relations in the area of military-technical cooperation developing?

For almost 60 years, Russia is the largest supplier of arms to India. Over 70% of the arms of the Indian Air Force and Navy are of Russian and Soviet production – from  tanks and fighter aircraft to aircraft carriers and submarines.

In recent decades, the Indian army has got access to the most advanced weapons systems: the "Vikramaditya" aircraft carrier, former "Admiral Gorshkov," has been commissioned, contracts for the supply of Su-30MKI fighters, T-90S tanks, transport helicopters Mi-17V-5 and light Ka-226T have been commissioned. The nuclear submarine "Nerpa", formally adopted in the Indian Navy in April 2012 called "Chakra" has been leased for ten years. Just recently it was reported that Moscow and New Delhi have moved forward on the issue of the lease-purchase of a second nuclear submarine that India is also planning to lease for 10 years, having armed them with the BrahMos supersonic missile. In addition, negotiations are underway on the possible supply of India's S-400 anti-aircraft missile systems, Tor-M2KM and rocket-gun complex "Carapace-C1".

How are Russian-Indian relations in the field of defence developing? What advantages does Russia have over its competitors like the United States, France, Israel, Brazil and others?

The tender for the supply of light fighters for the Indian Air Force, which was won by France with the Rafale fighter, was the perfect illustration of how Western arms manufacturers are in no hurry to be connected to the "Make it in India" programme of import substitution.

At the beginning, the French agreed to supply India with 126 aircraft for $ 10 billion. At the same time, a key condition for the tender was that the winner must arrange a production of fighter by Indian enterprises. However, after getting it, Paris began to try to change the terms of the contract: the price increased, they refused to transfer the assembly of aircraft to India on the pretext that local experts cannot provide the required quality of production.

Russian partners have never behaved this way. Recently, India has decided to purchase an additional 40 multifunctional Su-30MKI fighters, in addition to the 210 such machines that were already in service. The aircraft are assembled from the Russian kits at the Indian HAL Corporation and will cost Delhi $ 3 billion. This is the price that the long-term strategic partner gets.